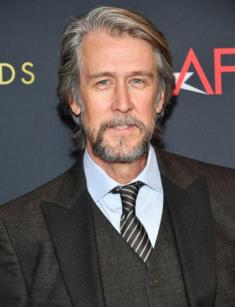 Alan Douglas Ruck is an American actor with an impressive beard who is better known for his roles in movies such as Ferris Bueller's Day Off (1986), Young Guns II (1990), and Kickin' It Old Skool (2007). His latest appearance Ruck made in Captive State this year.

Alan Ruck was born in 1956 in Ohio. His mother worked as a teacher in school, and his father was occupied in a pharmaceutical company. Speaking about Ruck's education, he attended Parma Senior High School and the University of Illinois, where he received a degree in drama.

After graduation, Ruck made his debut on Broadway in 1985 when he appeared in Biloxi Blues together with Matthew Broderick. Before turning to the movie career, Alan has shown up on various stages, including Wisdom Bridge Theatre in Chicago.

Ruck's debut as an actor was in 1983 when he starred in the drama, Bad Boys. In 1986, the actor played one of the leading roles in the Ferris Bueller's Day Off. Matthew Broderick played Ferris Bueller, and Alan played his best friend, Cameron Frye. Alan's character turned out to be rather memorable. His traits would show up in the Kickin' It Old Skool (2007), where Ruck played Dr. Frye. Other actors also remind viewers about Cameron, for instance, Glen Powell as Charlie Young in Set It Up (2018). In 1990, Ruck played the role of Hendry William French in Young Guns II which gained him a lot of success. In 1994, he appeared in the Star Trek Generations as Captain John Harriman.

In 1996 – 2002, Ruck played Stuart Bondek in the Spin City together with Michael J. Fox and Charlie Sheen. In 2005, Alan appeared in the Broadway version of The Producers. The actor had recurring roles in various series such as From the Earth to the Moon (1998), Stargate Atlantis (2006), and Medium (2007).

In 2008, The Happening was released, and Alan had a small role there. Next year, he starred in the drama Extraordinary Measures, where also was Harrison Ford. In 2010, Ruck played the leading role in the drama series, Persons Unknown. After that, he guest-starred on Fringe, NCIS: Los Angeles, and Justified. In 2016, Alan starred in the Fox TV adaptation of The Exorcist together with Geena Davis.

Ruck has a net worth of ‎$10 million thanks to his acting career. As a well-known face, he also appears in advertisements sometimes, for instance, in 2017 Alan was a Domino's Pizza delivery driver in their commercial.

In 1984, Alan married Claudia Stefany with whom he had two kids, Emma and Sam. In 2005, the couple got divorced. The actress, Mireille Enos, became his second wife in 2008. The actors met at the shooting of the Broadway revival of Absurd Person Singular in 2005. In 2010, they welcomed their first child, Vesper, and in four years, their son Larkin was born.