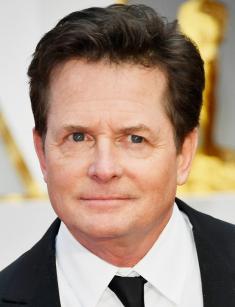 The Canadian and American actor, producer, director, writer and activist, Michael J. Fox, rose to fame after the release of the sitcom Family Ties and the trilogy Back to the Future. The actor’s credentials include three Emmy Awards, the Golden Globe Award, two Screen Actors Guild Awards and two dozen nominations for prestigious movie awards. Fox received a star on the Hollywood Walk of Fame.

The future movie star was born in the summer of 1961 in Edmonton, the capital city of the Canadian province of Alberta. The actor lived there until he was 18 years old. His mother Phyllis Piper was a professional actress who played in movies in her youth. After marriage and the birth of five children, the woman quitted an acting career and worked as a clerk.

Her husband’s work also hampered the development of the woman’s career because William Fox served in the Canadian Forces. So, the large family moved from one city to another.

Such roving life came to an end when Michael was 13 years old, and his father retired. The Foxes settled in the town of Burnaby, a suburb of Vancouver. Michael went to school together with Bryan Adams who was a year and a half older than Fox.

The teenager's first hobby was hockey, but young Michael had to give up dreams of a sports career because of his short height (5.38 ft. (164 cm)). Soon, Michael J. Fox found another hobby and began to show his acting talent.

The actor made an acting debut at the age of 15. Although the producers were looking for a 10-year-old boy, the stubborn man got a role because Fox looked much younger. So, his ardent desire to appear on the set helped make it into the film industry. The schoolboy starred in the multi-part project Leo and Me.

The work in the film studio fascinated Michael J. Fox so much that he did not dream of any other profession. When Fox turned 18, he shocked his parents with the news that he was going to Los Angeles. The decision was influenced by the producer of the TV series Letters from Frank, in which the young man starred in 1979. Ronald Shedlo was the first to discover talented Michael and recommended to move to Hollywood.

When he went to the Dream Factory, the young man had to take a pseudonym because his namesake, Michael Fox, was already registered with the Screen Actors Guild. So, he came up with a stage name, and the whole world knew about the Canadian star, Michael J. Fox. The novice actor adopted a middle name, as a tribute to actor Michael J. Pollard.

The beginning of his career was not cloudless. Michael J. Fox considered his height to be the reason for failures and tried to compensate for a shortcoming gaining weight. As a result, Fox had to keep to the extreme diet to return his former figure.

At first, he was not lucky because Michael was offered bit parts or roles in low-budget projects. The young actor threw up his hands and had debts. Michael J. Fox was already packing his bags to return to his homeland when he got a phone call in his rental apartment and was invited to the project, which became a turning point in his life.

The Canadian actor made his full-length debut in the American comedy Midnight Madness, in which he got a prominent role. The movie helped him to make it into Hollywood. Two years later, in 1982, Michael J. Fox was invited to portray the title character in the famous sitcom Family Ties, in which he starred for seven years. The actor won three Emmy Awards and a Golden Globe Award for the role of Alex P. Keaton. The TV series aired on the NBC national television channel for seven seasons.

In the mid-1980s, director Robert Zemeckis began filming the cult fantasy comedy Back to the Future. Michael J. Fox was initially cast in the role of Marty McFly, but the producer of Family Ties did not want to dismiss the main actor. Zemeckis had to approve American actor Eric Stoltz.

Soon the director stopped the shooting because Stoltz lacked charisma, and his McFly had no chance of becoming a favorite hero.

Fortunately, Meredith Baxter, Fox's partner, who had given birth to twins, returned to the set of Family Ties. The producer of the project grew mild and allowed Michael to appear in Zemeckis’s movie, making a condition that Fox filmed in the series from 10.00 to 18.00, and he could work on the set of the comedy Back to the Future in the evening.

Michael J. Fox did not have days off for two months and filmed until half-past two in the morning. The result was worth it because Zemeckis’s film became a hit and grossed $ 381.11 million worldwide. In 1989 and 1990, the director consolidated the success shooting the continuation of the popular comedy. Michael J. Fox returned to the role of McFly.

During the filming of the second part of the trilogy, the actor became a father, and the work in the third installment almost killed Fox. Michael lost consciousness playing the hanging scene because the hangman's noose was so tight that he could not breathe.

Herbert Ross’s comedy The Secret of My Success was also nominated for a Golden Globe Award. Michael J. Fox portrayed the title character, Brantley Foster, in the project. The film about the hidden side of business grossed $110 million worldwide.

In the early 1990s, the comedy-action movie The Hard Way directed by John Badham premiered, in which viewers saw their favorite actor as Hollywood star Nick Lang, who studied police work to get into a role.

Michael J. Fox’s bright works of the 1990s were the movies For Love Or Money, Life with Mikey and Greedy. The Canadian actor played Lewis Rothschild in the drama The American President. The highly rated 1996 films were Tim Burton’s black comedy Mars Attacks! and the thriller The Frighteners. The comedy horror film The Frighteners is the latest major full-length film of the actor.

The comedy sitcom Spin City aired on ABC from 1996 to 2002. Michael J. Fox appeared as an official, Mike Flaherty. For his work in the project, the star won the Emmy Award and three Golden Globe Awards, but during the filming, the actor was diagnosed with Parkinson's disease. In 2000, Fox announced that he could not play in the fourth season.

Since then, the Canadian-American actor has avoided the leading roles. He plays bit parts or guest characters. The star was nominated for an Emmy Award for the TV series Scrubs, Boston Legal and Rescue Me.

In 2010, fans of the star welcomed the return of their favorite actor. Michael J. Fox played a prominent role in the drama The Good Wife. In 2013, The Michael J. Fox Show was released, and in the autumn of 2015, Fox and Christopher Lloyd appeared in the TV show Jimmy Kimmel Live!.

Fox met his colleague Tracy Pollan on the set of the famous sitcom Family Ties. The on-screen love affair turned into real feelings. So, one year after the end of filming in the project, Michael and Tracy played a wedding. In 1989, the actor became the father of their first son, Sam Michael.

The twin daughters Schuyler and Aquinnah were born in the mid-1990s. The couple had the fourth child, daughter Esmé, in 2001.

The star’s wife is Jewish. Pollan and Fox’s children confess Judaism, and the family lives in Manhattan.

At the end of 2017, the famous actor was invited to the Academy Awards ceremony. Fox went to the stage together with the renowned countryman, Seth Rogen.

After Michael J. Fox found out about his disease, he used his power to fight the illness and help those diagnosed with Parkinson's disease. The actor created a foundation and does charity work to raise research funding. On 4 August 2018, the false report was posted on the Internet that Michael J. Fox died at the age of 57 from complications related to Parkinson’s disease. However, it soon transpired that the actor just became a victim of the death hoax, and his fans could breathe a sigh of relief.