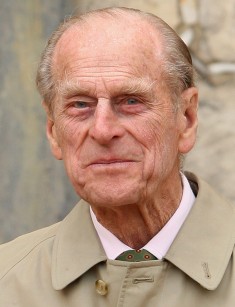 Prince Philip, Duke of Edinburgh, is the husband of Elizabeth II and the consort prince who became the eldest offspring of Queen Victoria.

Philip was born on June 10, 1921, into the family of Prince Andrew from the Danish royal dynasty Glücksburg and Princess Alice of Battenberg, the niece of the last Russian empress, Alexandra Feodorovna. The Greek heir was born on Corfu island. The next year after Philip was born, the family had to leave the island because the outrages began.

The mother and the children settled in Paris while Andrew moved to Monte Carlo. It was difficult for Alice to survive the divorce and the loss of property and titles; her mind was disordered. For this reason, the English relatives gave the youngest child, Philip, a shelter. In the early 1930s, the boy was educated in German and Scottish schools.

As the Second World War erupted, the prince entered the Royal Naval College in Dartmouth and became a midshipman. Brave Philip joined the British army for the whole war and stood out in the Western Front operations; he also showed courage during the Allied invasion of Sicily in 1943. At this time, Philip was promoted to lieutenant.

18-year-old Philip met Elizabeth, the youngest daughter of George VI, when Lilibet (her nickname) was only 13. She immediately got attracted to the young, handsome, fair-haired man. Philip and Elizabeth carried on a correspondence throughout the whole World War II. The young woman’s parents took their daughter’s choice lightly and expected her to change her mind soon. Nevertheless, Elizabeth stood her ground: she did not want to consider any other man as her future husband. In 1946, the young officer paid George VI an official visit; he asked the king for his blessing to marry his daughter and succeeded.

To make this marriage politically correct, Philip had to reject the titles of Prince of Greece and Denmark; he was naturalized as a British citizen and changed his father’s second name to that of his grandfather from the maternal line, Mountbatten. The wedding took place on November 20, 1947, in Westminster Abbey. Several days before the ceremony, Philip became Duke of Edinburgh, Earl of Merioneth, and Baron Greenwich.

The ceremony was luxurious; Elizabeth looked splendid in her wedding dress made of atlas and brocade and decorated with crystal beads and numerous pearls. All of the bride’s royal relatives were present; only the groom’s mother was invited. For his wife, Philip converted from Orthodox Christianity to Protestantism.

Two years after the marriage, Prince Philip was sent on duty to Malta; the royal couple lived in a cozy mansion. According to Elizabeth II, it was their happiest time. The elder children, Charles and Anna, were born during that period. Far from Buckingham Palace, Elizabeth felt like an ordinary woman, happy and pleased with the communication with her family and close friends. Young Philip and Elizabeth frequented entertainment places: they loved to dance.

On February 6, 1952, King George VI passed away. Prince Philip was the first who learned the news and informed his wife; at that time, they were traveling across Kenya. The future queen’s family came back to the home country urgently. The next year, the coronation was held. For the first time in the history, journalists were present at the ceremony; the event was broadcast live on the British central television.

Philip was announced the consort of his wife; he was to accompany his royal wife during all her visits. Following the recommendation of Winston Churchill, the Prime Minister, Elizabeth kept her father’s family to solve the political issues inside the royal court.

Apart from the joint involvement in social activities, Philip was a good father for his children: he controlled their studies and solved domestic problems. As for the social activism, the prince was equally energetic: he presented the first author’s program on the British television about science, created charity funds, organized sports schools and clubs, and supported equestrianism.

The royal couple has four children: three sons (Charles, Andrew, Edward) and a daughter Anna. Philip has always taken an active part in his kids’ lives. He insisted that Charles should marry Diana Spencer; despite the further disagreement between his son and daughter-in-law, he always supported Princess Diana. After the divorce, he tried to be a g-between them, but they never made it up. After Diana’s death, Philip took care of Prince Charles’s children and his grandchildren.

Queen Elizabeth II and Prince Philip are the happy grandparents. Although their children’s first marriages failed, each of them had two kids. The eldest son’s children, Prince William and Prince Harry, are the most famous figures; other grandchildren are: Peter Phillips, Zara Phillips, Princess Beatrice of York, Princess Eugenie of York, Lady Louise Windsor, and James, Viscount Severn.

In 2016, the prince turned 95 and became the longest-living offspring of Queen Victoria. In 2017, the royal spouses celebrated the 70th wedding anniversary: it was another record in the Windsor dynasty and Philip’s and Elizabeth’s personal biographies.

Nowadays, Philip and Elizabeth live a secluded life in their residence at Sandringham, Norfolk. From time to time, they visit Buckingham Palace and their family castles in Scotland and England. The couple is engaged in their favorite activity: horse breeding. Besides, the prince paints. As for the sports, Philip prefers equestrianism that helps keep the right body posture even at a senior age. 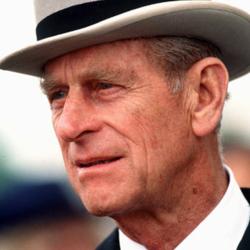