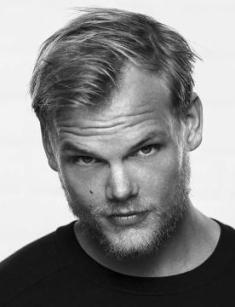 Avicii is a talented Swedish DJ who proved to the world that a real genius would always find a way to show his abilities to the public. Avicii's biography is a story of an ordinary boy, who opened all doors for himself, achieved worldwide popularity and worked with many famous stars and all of this because of his love for music. Unfortunately, even this life, perfect at first glance, was not cloudless.

Tim Bergling (that is the real name of the star) was born on September 8, 1989, in Stockholm. The Berling family was large: it is known that Avicii had several brothers and sisters. The musician was the youngest child in the family. By his admission, the DJ was surrounded by music from early childhood. The older brothers liked hard rock, the sisters preferred more melodic glam rock, while his father always put on records by Ray Charles. Such a different sound formed the musical taste of Avicii.

Besides music, Tim, like many kids of the same age, was attracted to video games. In an interview, Avicii admitted that at some point, the games were a real passion for him. One day the young man decided to combine both hobbies and wrote a remix for the soundtrack of a popular video game called Lazy Jones.

Then the young man did not know that this song, written for his entertainment, would become the first step on the path to glory. Sometime later the song was recorded at a professional studio and was released under a separate title "Lazy Lace," and various established producers became interested in the young talent.

It was then that the guy came up with the name Avicii. Avicii is the name of one of the hell's places in the Buddhist tradition, the deep Inferno that opens its gates for the cruelest sinners. Tim didn't think of himself as such. The thing is that the young man liked this word, and he used it as a nickname to register in one social network. The nickname stuck with him, so the guy broke into the world of music already as Avicii.

The first singles released in 2010 - "My Feelings for You," "Levels," "Seek Bromance," and "Blessed" - brought the new DJ's real fame and first fans. His dancing music did not leave anyone indifferent, and many stars offered him to work together on original compositions and releases. At the same time, Avicii went on his first tour in Europe and America.

As always in the world of show business, they couldn't live without scandals. In 2011, Leona Lewis, a famous singer, used the melody from the "Penguin" track. However, the girl did not bother to obtain permission to use this music, the rights to which belonged to Avicii. After high-profile accusations of plagiarism and fearing severe judicial punishment, Leona Lewis put down the name of Avicii on the record with the single. On the one hand, this incident can be called unpleasant; on the other hand, the conflict was another proof of the talent of Tim Bergling.

Meanwhile, the song "Levels" gradually became an international hit, surpassing other songs on the top of the international charts in almost all countries. And in 2011, the famous rapper Flo Rida used "Levels" as the basis for the song "Good Feeling," which also became a world hit.

The year 2012 was no less successful for Avicii. It started with the nomination of "Sunshine" track for the Grammy music award. The composition was a joint work of two DJs — Avicii and David Guetta.

Another star duo that year was the collaboration with Madonna, which Avicii, by his admission, dreamed of since childhood. The DJ made a remix of the song "Girl Gone Wild" for the Queen of pop music. Madonna liked the result so much that the singer offered Avicii to prepare a joint show, which caused the delight of the audience.

2013 in Avicii's career was marked by two significant hits that eclipsed the rest of the tracks in popularity. It was a country song "Wake Me Up" (vocals by Aloe Blacc) and a dance single "I Could Be The One," recorded together with DJ Nicky Romero. Both songs have music videos.

And the next year the number one hit was the song "Hey Brother," surpassing the previous two songs on the charts. Also in 2013, Avicii released the first professional album, which included both already recognized hits and new songs. This record earned platinum status in Canada, Mexico, and most European countries.

The next Avicii hits were the tracks "Lonely Together," recorded together with singer Rita Ora and "Without You" with the vocals of singer Sandro Cavazza. Both tracks were included in the album "Stories," which were added to the discography of Avicii in 2015.

A year later, DJ stunned fans with the news of the termination of tours and performances. However, Avicii stressed that he would not leave his favorite job and would continue to write music and arrangements for favorite songs.

The last album, which was released by Avicii, appeared in 2017. This disc, called AVĪCI (01), consists of six tracks.

In 2019, the DJ's fans were shocked to see a new posthumous album of Avicii released. The album entitled Tim consists of 12 songs, including the single "SOS."Avicii's management company is determined to continue the work of the genius even after his death. After all, there are many drafts and unreleased tracks mixed by Tim Bergling.

Unlike his creative work, Avicii preferred not to discuss his personal life. It is known only that one of the girlfriends of the DJ is named Racquel Natasha Bettencourt.

This affair ended quickly. According to rumors, the relationship fell apart because of the tight schedule of the musician. Avicii did not have a wife nor children.

On April 20, 2018, the music fans were shocked by the news that Avicii had died. Instagram and other social networks exploded with comments from fans. Someone expressed condolences to relatives, and someone refused to believe in this terrible thing. For a while, no one knew what exactly had happened with the famous DJ.

At first, many believed that the cause of death of Avicii was pancreatitis. The thing is, Avicii had issues with alcohol. For the first time, the musician was diagnosed with "pancreatitis" in 2012. Two years later, the DJ got his gallbladder removed, which also had a negative impact on his health.

At the end of April 2018, it became known that Avicii committed suicide. The young man could not cope with his depression. According to friends, not long before his death, he tried to pursue happiness and did not feel any joy from life.

The musician died in Muscat (Oman). Avicii was 28 years old.