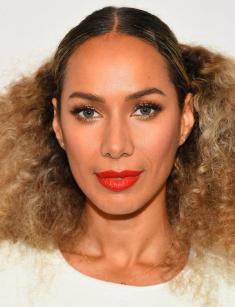 The singer Leona Lewis has vocals, the sound of which can bring to tears. Her ballad “Bleeding Love” is about those who literally "bleed love." The popularity of the ballad can be compared only with the song “I Will Always Love You” by Whitney Houston. For ten years of being active, the star has won many music awards but hasn't earned a Grammy yet.

Leona Louise Lewis was born on April 3, 1985, in London's Borough of Islington. Her mother, Marie Lewis, is Welsh and the father, Orel Josiah, comes from Guyana, South American. Aside from Leona, the family has three children: the elder half-brother of the singer, Bradley, and the younger, Kyle and Tyrone.

Having noticed Leona's call to the scene, her parents enrolled her at the Sylvia Young Theatre School. Later, Leona studied at the Italia Conti Academy of Theatre Arts, the Ravenscourt Theatre School and the BRIT School for Performing Arts and Technology.

Leona’s parents had to save money to realize the daughter’s desire to become a singer, but the savings were rapidly melting away. At the age of 17, Leona decided to leave BRIT School, desperately wanting to pursue a career in music. By the time, the future star had written songs (she wrote the first song at the age of 12), she saved the salary of a waitress in the diner "Pizza Hut" to pay for a recording studio.

At the age of 18, she got the major role in the play The Lion King in Paris, but an accident threw off her plans — Leon injured her back when skating, and for some time she was moving with difficulties.

The demo album of Leona Lewis “Twilight” (2004) didn’t attract the attention of producers. The singer spent £70 million for the following CD Best “Kept Secret” (2005), but the money turned to sand: only one song of all playlist called “Private Party” became famous. In 2006, the young girl went to the talent show The X Factor to get the recognition.

For the audition, Lewis chose the ballad “Over the Rainbow” by Israel Kamakawiwoʻole

that was especially appreciated by the guest judge Paula Abdul. After the distribution, the girl joined the team of Simon Cowell.

Throughout the show, Lewis had been compared to Mariah Carey, Whitney Houston, and Celine Dion. Her powerful vocals and a subtle sense of music brought the girl to the final, and then — to the top of the pedestal. The prize was a £1 million contract with Simon Cowell's record label Syco Music. This was a turning point in the biography of Leona Lewis.

In December 2006, she released her debut single “A Moment Like This” (cover of Kelly Clarkson). It instantly became the record holder. In the UK, during only 30 minutes the song was downloaded more than 50 thousand times. The record sold 571 thousand copies in one week, which is more than the sale of the Top-40 of the UK Christmas chart combined. Having recovered from the success, Lewis started recording the debut studio album “Spirit” (2007).

“Bleeding Love” is considered to be the most famous track from the collection and the hallmark of the singer. In 2008, the single became the best-selling single in the world, reaching leading positions in 36 countries, including Japan, Germany, and the United States. This song was the second in the history of music to achieve such success after Elton John’s song “Candle in the Wind 1997”.

The video for “Bleeding Love” has two versions. The first is international, filmed in 2007 in Los Angeles. It has six storylines about couples at different stages of relationships that show everything from first love and unbridled passion to grief, loss, and anger. An interesting fact: in the video, the singer appears in a diamond — encrusted dress from Dolce & Gabbana, which costs £100,000 and weighs 18 kg. In 2008, the second version was released specially for American fans. In the video, Leona Lewis quarrels with her boyfriend, played by a model, Nicholas Lemons.

“Bleeding Love” made Leona famous. The song was nominated three times for Grammy, four times for BRIT. Although the song was popular around the world, Leona lost to other artists. In 2009, the album “Echo was released”. A week before the release, Lewis performed her debut concert in London, which included new songs and already known hits. The most successful single from the album was “Happy”. It took the 2nd place in the UK, joined the Top-10 in Austria, Belgium, Germany, Ireland, Japan, and Switzerland.

Along with the release of the album, Lewis released the song “I See you”, which served as the soundtrack for James Cameron's film Avatar (2009). The song was nominated for the Golden Globe, but again no success.

After a tour of the Labyrinth, the singer began writing the album “Glassheart” (2012) to support the albums “Spirit” and “Echo”. Unlike the previous records, this doesn’t consist of ballads and dance tracks. The theme of the fourth album “Christmas, With Love” (2013) was Christmas. The most famous song from is “One More Sleep”.

Preparation for the recording of the album “I Am” was hard. After seven years of fruitful cooperation, the singer left Simon Cowell's label to the largest record company Island Records. Lewis teased fans on Instagram, laying out some lines of new songs. Only in 2015, the album was released.

Critics didn’t appreciate the album, which was born in pain. They wrote that Lewis sounds great in “I Am”, but the record itself is disappointing. The problem is that the songs are predictable and therefore vacuous.

Since 2001, Leona Lewis has been dating a childhood friend Lou Al-Cham. The press was waiting for the announcement of the upcoming marriage, but after nine years of relationships, young people preferred to break up. The break-up was so painful that the singer canceled some of the concerts. She took solace in the arms of a dancer, Dennis Jauch.

In 2012, there was a hint of a happy personal life with Liam Payne, one of the members of the band One Direction. At that moment, Lewis was 27 years, and Payne only 19. Maybe that's why the idea of having relationships didn't work out.

Now the public is waiting for the most beautiful wedding of 2019 because the choreographer Dennis Jauch proposed Leona after eight years of relationships. Officially, the couple didn’t announce about the intention to get married, but on their pages, on Instagram, there were some publications which confirm the guesses.

In October 2009, Leona Lewis released her autobiography called Dreams. The publication mainly contains photos taken by the photographer Dean Freeman. During an autograph session in a bookstore on Piccadilly, the singer was attacked by a 29-year-old man who he began to beat the singer on her head. The criminal was detained on the spot.

Since the age of 12, the singer is a vegetarian, and this measure is somewhat forced: Lewis, according to her personal confession, tends to gain weight. Despite the rejection of animal dishes, imperfections of the figure are still visible, especially in her photos in the swimsuit.

Lewis regularly appears in the studio. In January 2019, she posted a picture with Rodney Jerkins, an American music producer who worked with Michael Jackson, Whitney Houston, Lionel Richie and other legendary singers.

It’s not clear if their collaboration is a hint of the completion of discography in the nearest future, but Leona hasn’t made any official statements yet. Recently, Lewis retrained as an actress: she is playing in the 2nd season of the British TV series Oath. 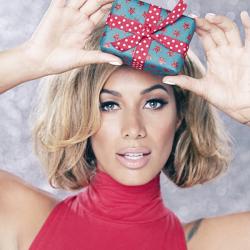