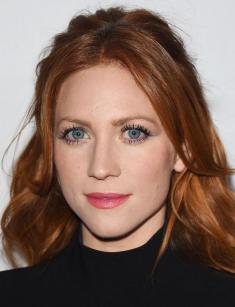 The American actress Brittany Snow has become famous for the lead role in the movie Pitch Perfect and the wonderful work in the series American Dreams where she personified Margaret Pryor.

The would-be celebrity was born in spring 1986 in Tampa, Florida. The girl also spent her childhood there and attended the local Gaither High School. Her father, John Snow, was an administrative manager at an insurance agency; the mother, Cinda, worked at a publishing company. Brittany has a half-brother, John, and a half-sister, Holly; both live in Ohio.

Snow grew up in an ordinary American family. Although the girl liked movies and even imagined herself on TV, she did not consider an acting career. When the parents noticed their daughter was artistic, they tried and took her to a commercial audition. Thus, little Brittany appeared in an ad for the department store chain Burdines.

The young actress debuted in the longest-running American soap opera Guiding Light by Irna Phillips. The project was aired first in 1952 and finished in 2009. Brittany played a troublesome teenager Susan Lemay in 1989-2002. The role brought her the Best Performance in a Daytime TV Series – Young Actress; she was also nominated for several prizes.

Naturally, directors noticed the young talent. From that moment, Snow’s career developed fast: she often received lead roles and successfully managed them; she became a professional. At the same time, Brittany did not reject small roles in various projects and voiced cartoon characters.

2002 was marked with the series American Dreams; she played Meg Pryor. The family comedy drama lasted for three years; the American audience liked it. Thanks to this role, Brittany became even more recognizable.

The series Nip/Tuck, voicing Shizuku Tsukishima in Whisper of the Heart, the lead role in John Tucker Must Die, and the movie The Pacifier with Vin Diesel followed soon.

In 2006, Snow was offered a new role in the series Law & Order: Special Victims Unit where the New York detectives investigated sex-related crimes. The actress played a woman with bipolar disorder in the final episode of the seventh season.

At the same period, the Broadway musical Hairspray was premiered; it was popular among theater lovers. Soon, the director Adam Shankman adapted it to the screen in 2007. Brittany Snow played Amber Von Tussle; the project also starred Amanda Bynes, John Travolta, Michelle Pfeiffer, and other celebrities. Brittany had the chance to perform the solo song “The New Girl in Town” that had been excluded from the Broadway version.

The next two years, the actress played in Gossip Girl, On the Doll, Prom Night, The Vicious Kind, Black Water Transit, and so on. She also participated in the music video “The Phrase That Pays” by The Academy Is and “Fire Escape” by Matthew Mayfield.

Brittany Snow has had many lead roles: Janie Jones (2010), 96 Minutes (2011), Pitch Perfect (2012), Would You Rather (2012), and Syrup (2013). Later, several parts of Pitch Perfect were created: the audience had the chance to see their favorite in 2015 and 2017. This movie series is a comedy about a student who is a member of a music group; she demonstrates her singing talent in university competitions with other groups.

Little is known about Brittany Snow’s personal life. In 2013, she started dating Tyler Hoechlin, the American actor who played in the movie Road to Perdition and the series Teen Wolf. The couple spent two years together and split up at the end of 2015.

Soon after the break-up with Tyler, Snow was seen with the documentary director Andrew Jenks: the young people visited a basketball match and held hands. However, they did not rush to call each other a couple or give comments to the media.

In 2018, the actress began to date Tyler Stanaland, a realtor.

Brittany has many Instagram photos with the same man: they are probably dating and spend much time together. By now, the actress is not married and has no children.

Despite the busy schedule, the celebrity pays much attention to her appearance. Although she does not often post pictures in a swimsuit, one can see her excellent body when she wears tight dresses.

Nowadays, the actress is actively involved in movies. In 2018, she started working on the melodrama Someone Great. It is a story about a young woman whose heart is broken. After a painful split-up, she decides to have a happy and adventurous vacation.

For this reason, she goes to New York and has a good time with her best friends before she goes to look for a dream job. The premiere will take place in 2019. 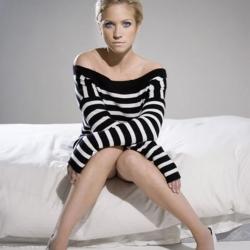