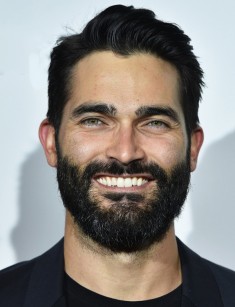 The Hollywood actor Tyler Hoechlin began his path to success in early childhood. The boy from the ordinary Californian family was extremely lucky: he managed to receive the leading part when he got his second role. And the actor has become famous after the release of the drama Road to Perdition and the series 7th Sky and Teen Wolf.

In his assets, Hoechlin Heklin has the prestigious Saturn Award and Young Actor prize. He is a young, talented and is still a bachelor. He is said to have love affairs with numerous Hollywood beauties and even his male colleagues. The star doesn’t comment on the gossips and skillfully arouses interest to his person.

The future master of transformations was born in September of 1987 in California. He spent his childhood and youth in the town of Corona. Tyler grew up in a big family of middle-income. He has younger brothers - Tanner and Travis and a sister Carrie.

As Tyler Hoechlin had to take care of his elder brothers and sister, he got used to be responsible and diligent. His parents were working hard that’s why they quite often left their younger children to the care of their elder son. Hoechlin’s parents and relatives didn't belong to the cinematic sphere – his father worked as an ambulance doctor, and his mother was an accountant.

In the childhood, Tyler Hoechlin got fancy for sport and chose the baseball as the majority of American teenagers. At the age of seven, he appeared on the field for the first time. When he turned nine, he already presented the country at Pan American games. Being a student, Hoechlin was playing for two university teams of Arizona and Irvine.

Hoechlin started his cinematic career at the age of nine: he played the role of Jeff Jo in the American melodrama Family Tree. The movie was released in 1999. And in 2001 Tyler received the invitation to play the part of the leading character – Billey – in the picture Train Quest. The movie was shot in Romania.

The teenager hasn’t received broad popularity after the first roles, but he has gained the invaluable experience. This experience turned out to be useful for Tyler already in 2002 when the young man was invited to pass the audition for the role in the gangster drama Road to Perdition directed by Sam Mendes. Two thousand boys took part in the audition for the role of Michael Sullivan, but it was the Californian Hoechlin who received it.

The 15-year old actor was entrusted with the secondary roles, but on the movie set, he was surrounded by the stars like Tom Hanks, Paul Newman, and Jude Law. The movie Road to Perdition has brought to the director and the actors some awards. Tyler Hoechlin has felt the taste of glory: he has enriched his assets with two prestigious awards at once – Saturn and Young Actor Awards.

The role in this drama has opened the aspiring actor for the masters of the movie industry. In 2003 the guy took part in the popular series melodrama 7th Heaven which was broadcast since 1996. Hoechlin appeared in the 8th season and took part in this series until the 11th final season. For the part in this project (he played the role of Martin Brewer) Tyler Hoechlin was nominated for Teen Choice Award as a Breakthrough of the Year. The actor also received the same nomination in 2004, but unfortunately, he didn't win it again.

After the series was closed, the actor took part in the episode of the spin-off under the title CSI: Miami and in the Canadian horror movie Grizzly Rage. In the latter one, he received the major role, but this horror movie directed by David DeCoteau was criticized.

The year 2009 turned out to be saturated with bright roles for Tyler Hoechlin. The Californian actor played the roles in the following series - Lincoln Heights, My Boys, Castle. What about full-length movies the thriller Solstice directed by Daniel Myrick is one of the most remarkable movies of this period. On the shooting stage of this movie, the actor got acquainted with the actress Amanda Seyfried. In the police comedy-drama Castle, Hoechlin performed the role of the character Dylan Fulton in the episode FooL Me Once….

In 2013 the fans saw their favorite actor in the comedy picture Hall Pass (in this movie he worked together with Owen Wilson) and in the teenage horror drama Teen Wolf in which Hoechlin performed the role of the vampire Derek Hale. The actor took part in four seasons of this project. Except for him, Tyler Posey and Dylan O'Brien participated in this mystical series. The role of Derek Hale in the series Teen Wolf has brought Teen Choice Award to the actor.

In 2016 the star delighted his fans with two full-length movies – the comedy about the baseball players under the title Everybody Wants Some!! and the melodrama Undrafted. The same year there was released the superheroic action- series Supergirl in which Tyler Hoechlin performed the bright supporting role.

In the winter of 2017, there was premiered the long-awaited sequel of Fifty Shades of Grey under the title of Fifty Shades Darker in which the actor appeared in the role of Boyce Fox. In spring of the same year, Tyler Hoechlin took part in the fighter Stratton in which he worked together with Tom Felton and Dominic Cooper. In autumn of 2017, the admirers saw their favorite actor in the 6th season of Teen Wolf.

The bright appearance of Tyler Hoechlin, his brilliant smile and his tall height (1.83 m) has made the actor an object of admiration of the Hollywood beauties. In 2004 the pop-singer and actress Ashlee Simpson captivated the actor. But the love affair of the 16-year-old Tyler and 19-year-old Ashlee turned out to be short – 2 months later the couple broke up.

In a year the actor began to have relations with the singer Candice Accola who played the role of Caroline Forbes in the series The Vampire Diaries. During the shooting of 7th Heaven Tyler Hoechlin fell in love with his partner Mackenzie Rosman, but their romantic relationship came to an end after the completion of the shootings.

During two years till 2012, the Hollywood macho had relations with his colleague Rachele Brooke Smith. For the next three years, Tyler was engaged in the relationship with the blonde Brittany Snow, the star of the movie American Dreams. This love affair turned out to be the longest one in the list of the actor’s love affairs.

However, the love affair with Brittany came to an end when the lady’s man met the model and actress Jill Wagner who also appeared in the horror series Teen Wolf.

At the end of 2015, Tyler Hoechlin was captured by paparazzi in Rome when he was walking around with the German model Alena Gerber. Though, the journalists didn't manage to receive any comments from the celebrity. At the beginning of 2016, the couple broke up.

By hearsay, these short love affairs with the women conceal Hoechlin’s non-conventional sexual orientation. On the web, there are photos on which Tyler is kissing his colleague Dylan O'Brien. But the actor's female admirers don't believe that the handsome young man is gay and continue to hunt for the Hollywood bachelor.

The premiere of the American drama Fifty Shades Freed is set for February of 2018. Dakota Johnson and Jamie Dornan will appear in the leading roles as well as in the previous parts of the picture. Besides, Kim Basinger will also take part in the movie.

In the third part of the love saga, Tyler Hoechlin will again appear in the role of the writer Boyce, the ex-colleague of Anastasia Grey.

The celebrity with eager shares his news and new photos with his subscribers on his Instagram account. 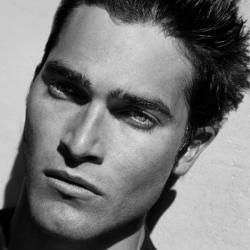