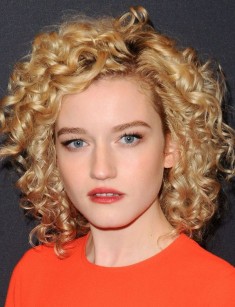 Julia Garner is an American actress and model who has become famous for her roles in thrillers and horrors. The talented youth debuted in cinematography at 15; two years later, she played a significant role in Martha Marcy May Marlene fancied by critics. From that moment, the young woman has been a popular Hollywood actress. At 21, she debuted on television. The series Ozark is the artist’s most famous TV project; this work brought her Boston Globe, Best TV Performances award.

Julia Garner was born in the Riverdale, Bronx, New York, into a Jewish family. The girl’s mother, Tami Gingold, was a trained therapist; she became a famous comedy actress in her home country. The father, Thomas Garner, came from Ohio and worked as an artist and a teacher. Julia’s elder sister, Anna, is also an artistic person: she is a writer, producer, and artist.

Julia was a shy teenager, and the parents took her to acting classes. As a result, she got a small role in the short movie Julia. This experience inspired the future star; she decided to develop her skills, gain a significant role, and devote her life to acting.

Soon, the plans began to come true: Garner received a role in the psychological thriller Martha Marcy May Marlene. She played Sarah. The part was small but bright and gave the young actress the chance to climb the career ladder quickly. Julia believes it is necessary for everyone to keep doing what they like.

In 2012, Julia was excited: she got the lead role in the movie Electrick Children. Garner plays the 15-year-old main character, Rachel, who lives in the Mormon community, in the atmosphere of banning and prohibitions. One day, she finds a tape with the forbidden rock music. As Rachel listens to it, she feels ecstatic. In a while, she discovers she is pregnant.

While the shocked family is thinking how to veil this shame, the young woman flees to Las Vegas to find the mysterious singer who performed the songs from the tape. Rory Culkin became Julia’s stage partner. After the premiere, critics appreciated the young actors’ brilliant duo.

As Julia said in her interviews, she followed the example of her icons: the Hollywood star of the 1930-40s Bette Davis and the Italian actress Monica Vitti.

Two short movies were released soon. Further on, Garner took part in a melodrama for the first time: in The Perks of Being a Wallflower, she gained the role of Susan, the main character’s old friend. Emma Watson, Paul Rudd, Nina Dobrev, and other actors starred in this project.

In 2013, Julia appeared in the bloody thriller We Are What We Are. Her character, Rose Parker, is a cruel murderer and cannibal in the angel’s form. The scary movie won a prize at the Sundance Film Festival; it was shown at the Cannes Film Festival as well.

Later on, the actress continued to work on horrors. In The Last Exorcism Part II (2013), she personified Gwen, one of the children in the home for girls, possessed by a demon. This work made Garner the actress of creepy movies. She also marked that:

“There’s always something wrong with my character, or they are in a really weird situation.”

With this movie experience, Julia attracted Robert Rodriguez’s attention. The director did not hesitate to invite her to the noir action movie Sin City: A Dame to Kill For; she played a young stripper, Marcie.

The next year turned out to be full of events. Garner participated in Paul Weitz’s comedy drama Grandma and played Sage. In this project, the actress had the opportunity to collaborate with Lily Tomlin. In 2015, the artist also debuted on television and appeared in the series The Americans that pictured the lives of Soviet KGB officers in the United States. The young star personified Kimberly Breland, the daughter of the CIA group leader.

From that moment, Julia has been combining TV and movie works. 2017 was a particularly fascinating year for Garner: the fantastic melodrama Everything Beautiful Is Far Away starring Joseph Cross was released.

There was also the TV screen premiere: the series Ozark. Once again, the actress’s character was far from being an angel. Ruth Langmore is a potential criminal who has some connections with the dealers of the resort town Ozark. The series turned out to be so exciting that another season was announced; it was presented in summer 2018.

The actress shared her feelings related to this work:

“As long as it’s a good job and the part is interesting, and I like the people that are involved. In the end, the most important thing is the story, because if you have a good story, that means that good people want to be attached.”

The young woman seems to be so busy with acting that she has forgotten about romantic relationships. To the paparazzi’s discontent, Julia has never been noticed with someone.

Many thousands of people follow Garner’s Instagram page. There are various materials in social networks: pictures from movie stages, beach photos, trips to Paris, and selfies in front of a mirror.

Judging by these gorgeous photos, the artists’ numerous fans can hardly believe this beautiful woman is still single. Julia is not only an actress but a bright photo model: her photos appear in many popular glossy magazines. Garner’s height is 165 cm.

In September 2018, a new series, Maniac, came out. It is a black comedy about people with mental disorders who wish to recover and use the new pharmaceuticals. Julia Garner played Ellie Landsberg, one of the subjects in the experiment.

In summer 2018, the actress participated in the beautiful photo shooting for the famous Pirelli Calendar along with Gigi Hadid and Laetitia Casta. 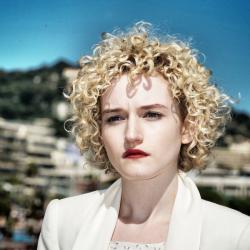