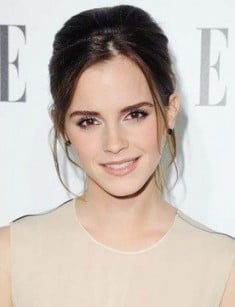 Emma Watson became a star when the girl was barely 9 years old. Playing Hermione Granger in the film about Harry Potter, Emma woke up being a Hollywood star. People were talking about the girl. A good bonus of unexpected fame was huge fees that the film company paid to the little actress for her excellent work in the sensational film. Who is she, this happy inhabitant of the factory of stars? How did her cinema career and personal life developed?

Emma Charlotte Duerra Watson was born in April 1990 in Britain, in Oxford. According to one of the versions, Emma's name was given to the little girl in honor of her grandmother by her father's side. Emma's mom is a Frenchwoman, Jacqueline Luesby. Up to five years, the future star of Harry Potter lived in France. But then her family returned to Oxford shire.

The parents of Emma and her younger brother Alex are lawyers by profession. They divorced when the children were small. A daughter and a son stayed with their mother. Already at three years, Emma Watson said that she would certainly become an actress. The mother understood her and did everything possible to achieve the goal. At the age of 7, the young actress received her first "actor's" award - the prize for the best recitation of poems at school competition of reciters named Daisy Pratt.

Emma Watson didn’t received special education, but she practiced acting skills a lot. The girl was a regular participant of school plays. In the amateur theater, she played the evil witch Morgan in "King Arthur: the years of youth", then a Swallow in "Swallow and Prince", then an angry cook from "Alice in Wonderland". Finally, the girl managed to convince the teacher in her acting talents, playing the main character in the production of the tale of Oscar Wilde "The Happy Prince". Emma Watson was sent to the casting of the film "Harry Potter and the Philosopher's Stone", announced in 1999.

Little Emma, of course, hoped for success, but did not believe too much that she could win about a thousand competitors for the role of Hermione. But Watson went through all eight auditions and, along with Daniel Radcliffe and Rupert Grint, was approved for the role. The choice of the film producers was approved by Joan Rowling.

The first part of the saga about Harry Potter was released in 2001. The film was so successful that it broke all the imaginable records in the commercial box office. Emma Watson became as one of the most famous girls in Britain and in the world. But the glory did not change her. Emma still loved spending time with her peers and doing shopping with them. Unlike Hermione, Watson did not like academic disciplines, but she liked sport. It is noteworthy she liked hockey most of all.

The success of the first part of "Harry Potter" forced the producers to shot the other parts of the Rowling saga. This was the end of Emma Watson's childhood. The young actress was busy on the shooting of "Harry Potter" 11 months of the year.

Film critics liked the work of the actress and her young colleagues. "The Daily Telegraph" wrote that Emma Watson played "wonderful", and the publication "IGN" went even further, saying that the girl "outshined everyone". For the role of Hermione Granger, the little actress was nominated for five awards. As a result, she won the prestigious "Young Artist Award" in the category "Best Young Actress".

The second part "Harry Potter and the Chamber of Secrets" was released a year after the first film and was just as successful. The German newspaper "Die Welt" awarded Emma Watson with the "Otto Award".

In 2004, the third part of the saga was released, recognized as the most unsuccessful in box office. The cast of "Harry Potter and the Prisoner of Azkaban" was the same, except for Richard Harris who died. He was replaced by Michael Gambon. But critics told Emma Watson the most talented actress. For her work she received two prestigious awards "Otto Awards" and "Total Film".

In 2005 fans of “Harry Potter" watched the 4th part called "Harry Potter and the Goblet of Fire". Again, critics noted the game of the young actress, calling her "touchingly serious." The fourth film broke all box office records in America and Britain. Watson won three prestigious awards and the gold award of "Otto Award".

The fifth part - "Harry Potter and the Order of the Phoenix" - was released in 2005. But because of the actors’ exams, the shooting was delayed. This break cost "Warner Bros" almost $5 million. But when the film was released, all the losses were compensated. The picture collected 938 million dollars around the world. Emma Watson was again recognized as the best actress according to the "National Movie Award". Three main actors of "Harry Potter" left their footprints and hands on the famous alley of Hollywood stars.

The sixth film, released in 2009, was dedicated to Rob Knox, who previously played Marcus Belbi. The actor was killed in spring, 2008.

Alarming news appeared before the shooting of the 7th film of the saga. Fans of the film started talking about the fact that Emma Watson is no longer going to be shot in the project. As it turned out, the rumors were half true. The actress really did not want to depend on the shooting schedule in the next three years, because she wanted to focus on education. But after a while the star agreed to shoot in the film, and signed a contract with "Warner Bros".

The seventh book of Joan Rowling was divided into two full-length films. The first part the audience saw in 2010, the second a year later. For the work in the last films, Emma Watson was awarded three prestigious "Teen Choice Awards".

It should be noted that the girl spent a lot of time working on the film, but she found time to study. Emma graduated from Hiddington School for girls successfully. Realizing that her biography is forever associated with the cinema, in 2008 the girl graduated from the summer acting courses at the London Academy of RADA. After that she went to Brown University, USA. Here, Emma Watson studied literature and geology.

But after the first course, the actress had to take a break from her studies: shooting in the last part of Harry Potter required a lot of time. But during this period the star managed to appear in another project - the film "My Week with Marilyn", where she played an episodic role.

After the shooting of the saga about Potter, Emma Watson continued her cinema biography. The first film after Harry Potter was the movie "Ballet shoes", in which Emma played the eldest of three sisters around which the plot was built.

Later, the actress appeared in the films "The Perks of Being a Wallflower", where she played the main role, and "The Bling Ring". In the last film, directed by Sophia Coppola, Emmy Watson also received one of the main roles. The picture was released in 2013. In the same year, the audience saw the star in the comedy catastrophe "This is The End ". In this film, the actress starred with such well-known colleagues as Channing Tatum, Seth Rogen and James Franco.

2014 brought the actress new wonderful roles. She appeared in the role of Eli – a step daughter of Noah in Darren Aronofsky project "Noah". On the set of this film, Emma Watson starred with such Hollywood stars as Russell Crowe, Jennifer Connelly and Anthony Hopkins. The shooting did not prevent the girl to receive a diploma from Brown University and a bachelor's degree in English literature in spring, 2014.

Moreover Emma Watson was making a career in the modeling business all these years. It is unbelievable, how the girl managed to have time for all this! Her diligence and energy are admired by all friends and colleagues. The star signed a profitable contract with the famous brand "Burberry", becoming the face of the autumn-winter collection 2009/10. Six months later, the beauty was the face of the spring collection, along with a brother Alex, musicians George Craig and Matt Gilmore and the model Max Hard.

In 2011, Emma Watson was awarded the "Style Icon" from the famous designer Vivienne Westwood. In the same year, the actress was chosen as the new face of the French company Lancôme. The famous brand of ethno-clothes "People Tree" offered the girl to sign a contract.

It is noteworthy that since childhood Emma Watson loves music. But not opera or classical, but rock and roll, to which she was addicted thanks to her father. In early childhood in their house the hits of Elvis Presley and Chuck Berry were playing. Later, the actress was fascinated by the work of Brian Adams, Dido and Suzanne Vega.

The idol in the cinematography for the young star is Julia Roberts, Goldie Hawn and John Cleese. She dreams of playing with Brad Pitt.

In summer, 2016 there were rumors that Emma Watson and Margot Robbie would play lovers in the remake of the movie of Ang Lee "Brokeback Mountain." But the rumors were not confirmed, and the respected publications ignored it.

Emma Watson loves Italian pizza and chocolate. And she likes to read. Her favorite writer is the American Roald Dahl.

The private life of the star is interesting for many people as well as for the press. Her first love happened when she was 10 years old. The object of admiration was Tom Felton, a colleague on the shooting, who got the role of Draco Malfoy.

In 2011, tabloids wrote about the relations of the star with a graduate of Oxford University Will Adamovich. The couple was dating for two years, but then they broke up. Later there was short relationship with a student from Oxford Matthew Jenny, who also studied literature and was fond of rugby. But with this guy the actress broke up because of the huge employment.

The press paid much attention to the relations of Emma Watson and Prince Harry. But the manager of the actress told that people should not believe everything that the newspapers write.

Fans of the actress often discuss her haircut. A recognized style icon is used to be a fashion girl. After the shooting of the saga about Potter, the curls of Hermione were replaced by a short haircut, which made the fans of the star compare the beauty before and after the radical changes.

One of the last piquant topics for discussion is the appearance of Emma Watson in the company of Roman Abramovich. There are rumors that the oligarch and his wife Daria Zhukova broke up and the macho became interested in the young British girl. Allegedly they were seen more than once at private parties in elite nightclubs. But the Hollywood star denies the relations. 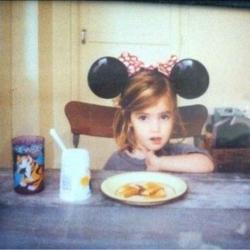