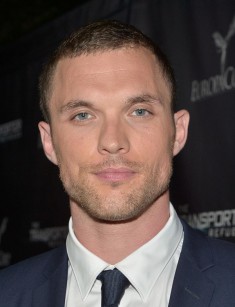 Ed Skrein is a British actor and rapper. He became famous for participation in the third season of the cult TV series Game of Thrones, the role of Frank Martin Jr. in the action movie The Transporter Refueled and Ajax in the superhero action movie Deadpool.

Ed Skrein, whose full name is Edward George, was born in Camden, in one of the boroughs of London. The man has British, Austrian and Jewish ancestry. The family moved from one district to the other several times without leaving the city center. After school, Edward entered the Central Saint Martins College of Art and Design and graduated from it with honors.

At school, Ed was a good athlete. He was fond of various types of physical exercises. At the age of 15, he even worked as a coach at a local swimming club. Besides, for a long time, Skrein worked as a model and participated in commercials of well-known brands.

Before he became an actor, Skrein had devoted several years to music. He wrote rap songs and performed them in local clubs and at youth parties. In 2004, Skrein recorded his own EP with the songs “Mind Out” and “Once Upon a Skrein," and three years later he released the first album The Eat Up. Ed Skrein also recorded a collaborative EP Pre-Emptive Nostalgia with the group A State of Mind.

The singer has worked with many British rap performers, including such London stars as Foreign Beggars, both at concerts and in the studio. The rapper signed a contract with Dented Records and recorded all his songs under this label.

Ed Skrein made his movie debut in 2008 when he appeared in the short movie Michelle. But he got more prominent roles four years later when the actor played in three movies: the psychological thriller Piggy, the police action movie The Sweeney and the social drama Ill Manors. Although none of these films brought him great popularity, it is worth mentioning that Skrein played very diverse roles in all movies, portraying various characters, as well as demonstrating his potential to professional critics and directors.

So he succeeded, and in 2013 the actor was invited to participate in the legendary series Game of Thrones, which was a breakthrough for his career. Ed Skrein, who is 185 cm tall and weighs 90 kg, appeared in the third season as Daario Naharis, a lieutenant in the Second Sons, a group of mercenaries.

The series has become the highest rated and most expensive project of the HBO channel. It has won several international TV awards, and admirers of the film created a fan community. Ed was lucky to work on the same set with the leading actors Peter Dinklage, Nikolaj Coster-Waldau and Lena Headey.

The same year, the artist's filmography included the thriller The Tunnel, where Skrein played a bit part. The film tells about a detective investigation into the murder of a political activist whose body was found in the Channel Tunnel. In 2014, Ed Skrein was invited to participate in the crime action movie Tiger House and the adventure drama Northmen: A Viking Saga. In both films, the actor played the leading roles of Callum and Hjorr.

In 2015, The Transporter Refueled, a prequel of the famous Transporter films, was released. Ed Skrein played the role of Frank Martin Jr., showing the events that took place long before the story of the main trilogy. The hero is forced to fight with the Russian mafia to save his father (Ray Stevenson). For this role, Ed refused to star in the fourth season of Game of Thrones, where Michiel Huisman replaced the actor.

In 2015, the shooting of the historical action movie Sword of Vengeance, where Ed Skrein appeared together with Annabelle Wallis, was finished. The same year, the actor portrayed Danny Rent in the black comedy Kill Your Friends with Nicholas Hoult in the leading role.

Although the actor is famous and in-demand in Hollywood, Ed Skrein does not want to move to America. The actor lives in his native London together with his family.

The wife of Ed Skrein is not connected with show business, and the woman brings up their son Marley. Ed rarely appears with his wife at social events, as he tries to hide his personal life, but sometimes the actor posts family photos on his pages on social networks.

In 2016, the most awaited film of the X-Men series called Deadpool was released. This comedy fantasy thriller is also based on the Marvel comics. Ed Skrein got a negative role of a man named Francis, who turned into an evil genius, Ajax, possessing superhuman speed, agility, and tolerance to pain, as he had removed his nerves. The actor is a fan of stories about superheroes, and he was delighted to participate in this film.

The same year, Ed Skrein appeared in the drama The Model about girl Emma (Maria Palm), who came from a provincial town to Paris to conquer the fashion world. Ed Skrein played the role of a successful photographer, Shane White, and the main heroine falls in love with him.

In 2017 Ed Skrein was offered to play the role of Major Ben Daimio in the superhero action movie Hellboy. When fans of the comics found out about the candidate for this character with Asian ancestry, they expressed dissatisfaction at the producers’ choice. Having read the reviews, Ed decided to refuse the role, as he did not encourage “whitewashing” in Hollywood. The actor said about this decision on his microblog on Twitter, as well as on Instagram.

The same year, the actor has begun playing a leading role in the thriller In Darkness about blind pianist Sofia (Natalie Dormer), who has become a happenstance witness to a crime. Besides, nowadays, Skrein is filming in three more projects, including the film Alita: Battle Angel. 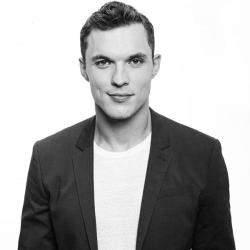