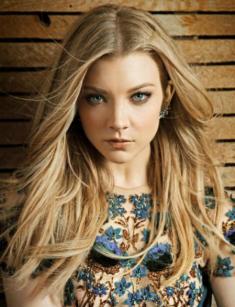 The future actress was born on February 11, 1982, in Richmond. Her mother was a housekeeper and raised children: Natalie has two older brothers. The stepfather was engaged in financial support of a family, working at building sites. The actress does not remember her biological father and suppresses any conversations about him.

Natalie Dormer was born with a pinched facial nerve, which caused partial paralysis of the face. But this disease did not prevent the girl from becoming an actress. Furthermore, this disease presented Dormer with her remarkable asymmetric smile, captivating fans.

At the age of six, Natalie Dormer went to Reading Blue Coat School, the behavior and academic performance of the girl were on top, that pleased her teachers. The purposeful student was engaged in school dances after school. Classmates didn't love Natalie. Perhaps they envied her. After all, she danced and sang beautifully. She was involved in fencing. But her mother was proud of her daughter and supported her in everything. The family believed that Natalie gives hope for the academic future of her family.

She went to Cambridge after school but she didn't have enough points. Then the 18-year-old Natalie Dormer applied to the Webber Douglas Academy of Dramatic Art in London. She became one of the best students very quickly. The girl says that the actress Cate Blanchett always inspired her.

The creative biography of the actress began at a conscious age. Natalie received her first tole in the film at the age of 23. It was a historical drama Casanova, in which the debutante had to play with the stars of British cinema Jeremy Irons, Sienna Miller. Dormer was not taken aback. She played lively and entertaining Victoria, her innocence with cunning and pure female cunning. The directors noticed the actress after this role. The film company "Disney Touchstone" offered her a contract to participate in three films but they couldn`t make movies for objective reasons.

Natalie Dormer was not removed for a while. Then she was offered a small role in the series Distant Shores. The turning point in the career of the actress was 2007 when she was invited to the role of Anne Boleyn in the TV series The Tudors. The audience admired the grace of the girl and her talented play. Perhaps, her genes helped Natalie in this work. Her ancestor was Jane Dormer, a lady-in-waiting of Queen, Mary Tudor. The actress loves the old cinema, revises it several times. Her favorite movie is La Reine Margot.

The star was nominated for the Gemini Awards for the role of Anne Boleyn. After the success of the film The Tudors Natalie Dormer, Hollywood directors began to invite her. She played in the movie The First Avenger and W.E. The film W.E. was directed by Madonna, her film was criticized.

When the TV series Game of Thrones appeared on the screens, Natalie Dormer did not suspect that her finest hour came. She played the role of Margaery Tyrell and became popular immediately.

The plot of the drama television series is based on a series of novels A Song of Ice and Fire by George R. R. Martin. The action of the series takes place in a fictional world, the device and mind reminiscent of medieval Europe during the feudal wars. It allows to enter into the plot of hundreds of named characters – people of the noble houses, who fight for power, the military, servants, spies and so on.

Unlike other favorite fantasy, the magic of the series Game of Thrones is not standard, the plot revolves around politics and intrigue and not around the search for magical knowledge. A fantastic plot of the series is represented only by dragons and undead, as well as elves, whose existence remains behind the scenes. At the same time, fantasy moments are qualitatively worked out and the series differs in excellent work with special effects.

The series was also played by the actor Richard Dormer. This fact caused rumors about relatives on the set. But journalists found out that Richard and Natalie are only namesakes.

In 2013, the actress appeared in the series Elementary. The role of the actress is controversial but that's what the youth audience likes. The series Elementary, which took as a basis the characters of books by Sir Arthur Conan Doyle about Sherlock Holmes. The series took place in modern America. The main roles were played by Jonny Lee Miller and Lucy Liu. Lucy Liu played the role of Joan Watson.

Watson and Holmes met at the drug clinic, where Joan works. The father of Sherlock sends his son for rehabilitation in New York. Joan Watson becomes a partner and student of the detective at the end of the treatment, opens her practice later.

The series made many bold changes in addition to changing the gender of the hero and the modernizing of the story. Natalie Dormer played in this series two roles, which merged in one. The actress played the roles of Jamie Moriarty and Irene Adler. According to the plot of Elementary, Sherlock's interest in Irene was not ghostly at all. The heroine of Dormer was a girl of Sherlock Holmes, whose death and led the detective to drug addiction. Despite the controversial classic story, the audience like the detective series and the movie began to receive one offer after another. In 2017, Elementary was renewed for a sixth season.

Natalie Dormer caught the trend of the time, playing Cressida in the popular youth picture-dystopia The Hunger Games: Mockingjay. The film was a screen version of the eponymous book bestseller of Suzanne Collins. The film, in which the heroine of Dormer appeared, is not the first in the series. The main character Katniss (Jennifer Lawrence) participated in the deadly The Hunger Games, the cruel entertainment of the dystopian world by the time of Mockingjay.

The essence of the show is that each district must provide two participants, who take part in a brutal game of survival. The game takes place in the form of a reality show; those participants stay alive, who are not the strongest; they should have interest from the audience. Such participants can have help like drugs and weapons. Katniss broke the rules of the game but survived and became the face of resistance later. The heroes found a forgotten district inhabited by rebels. The heroine of Dormer lived in this district too. Cressida is the director of the rebel film crew in District 13.

Both films The Hunger Games: Mockingjay – Part 1 and The Hunger Games: Mockingjay – Part 2 featuring Dormer focus on the rebellion against the tyrannical government and the way of revolution becomes original for the fandom. Insurgents conduct competent information war: record appeals and videos, conduct reports from places of events, showing the horrors created by the authorities and peacekeepers and advance their winner of games as a symbol of resistance too.

Natalie wasn't married. She has no children. Journalists think that the actress does not try to create a family. She never says about her personal life but British and American press reports of her affairs and then retraction are published.

After the release of the film The Tudors, the press reported about an affair of Natalie and the main character, actor Jonathan Rhys Meyers. The media claimed that their relationship goes beyond the script; their love experiences in the film is like a real feeling. The sensation did not happen, although The Tudors brought the actress the love. She met her husband, the Irish director Anthony Byrne on the set. It was in 2007 and the couple lived together in the suburbs of London. In 2011, Anthony proposed to Natalie. Close people of the actress said that it happened in India when they rode on a picturesque lake on a boat. Natalie and Anthony are busy with their work; that is why they don`t have the official registration of their marriage. Dormer wants her wedding takes place modestly, in the circle of close people.

The actress plays sports in her free time. She is a member of the London Fencing Academy and sometimes plays in tournaments. Her other passion is poker. Moreover, she plays skillfully; she participated in competitions repeatedly and won prizes.

The actress shares the events of her daily life with her fans on her "Instagram." Four hundred twenty thousand subscribers watch the updates on the page of the actress.

The heroine of Dormer Margaery Tyrell was in the foreground in the fifth and sixth seasons of Game of Thrones. The series showed the union of Tyrell and Lannister houses in a power struggle. Margaery Tyrell entered into dynastic marriages that ended in the annulment or death of the grooms until she married Tommen Baratheon. She became a relative of the Royal family. The participation of the actress in the TV series ends in the sixth season in 2016, with the death of Natalie Dormer`s heroine and with the destruction of the rest of Tyrell house. Natalie Dormer has a net worth of $6 million.

In 2016, the actress received two main roles. Natalie Dormer played the role of Sara in the American horror film The Forest. The heroine of Dormer goes in search of her twin sister. The search leads the girl to Japanese Honshu at the foot of Mount Fuji, where Sara enters a forest full of evil spirits and restless souls.

The actress also played the main role of Gina Rose in another horror film, the British film Patient Zero. The plot of the film begins with the fact that the Earth is swept by a wave of infection, which turned some people into bloodthirsty madmen. The rest of people try to find the first infected person to get a way to treat this infection.

In 2017, the actress voiced a character Lexi T’Perro in the computer game Mass Effect: Andromeda, the part of the popular franchise of games in the genre of role-playing action, developed by "BioWare." Andromeda was the fourth game of the series.