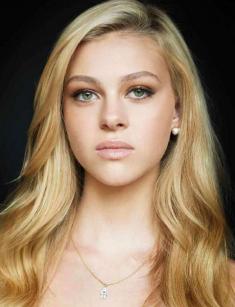 Nicola Peltz is a young American actress who started her career at 13. Today, she has participated in top-grossing blockbusters and popular series. The artist’s talent has brought her many nominations for TV awards as well as approval of movie critics.

Nicola Anne Peltz was born on January 9, 1995, in Westchester, New York. Her father, Nelson Peltz, is a billionaire who founded Trian Fund Management and the former owner of Snapple. The mother, Claudia Heffner, worked as a professional model.

Nicola’s origin is diverse: her father’s ancestors were Austrian and Russian Jews, and the mother has English, Welsh, German, and Italian roots.

Nicola has six brothers and a sister. One of her brothers, Will Peltz, is an actor; another brother, Brad Peltz, is a hockey player. The girl liked sports, too: she was fond of field hockey and considered a sports career.

Because the family was wealthy, Nicola had the opportunity to attend prestigious New York schools. When the girl was 12 years old, she began to collaborate with her personal agent. Thanks to that, the young talent gained a role in Blackbird at Manhattan Theatre Club in 2007. The play proved to be a success: the script and directing won The Laurence Olivier Awards.

Nicola debuted on the screen in 2006: she appeared in the movie Deck the Halls which gave the beginning actress the chance to collaborate with celebrities, such as Danny DeVito and Matthew Broderick. In 2008, Peltz got a small secondary in the comedy Harold. The same year, she participated in Miley Cyrus’s music video “7 Things.”

The breakthrough took place in 2010 when Nicola appeared in the movie The Last Airbender by M. Night Shyamalan. It is the adaptation of the first season of the popular animated series Avatar: The Last Airbender. Nicola played Katara, a young water magician and one of the central characters; the actress had to study Tai chi for that.

Although critics’ opinions were negative, the actors who personified the audience’s favorite characters became quite popular.

In 2014, Peltz attracted attention thanks to the role of Tessa Yeager in Transformers: Age of Extinction. Unlike the fifth part Transformers: The Last Knight, it was the highest-grossing part of the movie franchise. Nicola took an episodic role and did not receive much criticism. Nevertheless, in 2015, she was nominated for The Golden Raspberry Awards - Worst Supporting Actress. It was surprising: a year before, Peltz had won the CinemaCon Awards - Rising Star and had a nomination for Teen Choice Award - Choice Movie: Breakout Star for the same work.

The same year, Nicola appeared in the drama Affluenza based on the novel The Great Gatsby by Francis Scott Fitzgerald.

In 2013-2015, the actress worked on the popular series Bates Motel, the remake and the prequel of the 1960 movie Psycho by Alfred Hitchcock. Overall, Nicola participated in 14 episodes. Although she was not the main cast member after the first season, she was invited to the last three episodes.

In 2016, Peltz got the role of Annie Gleason in the comedy-drama Youth in Oregon. The movie deals with the themes of euthanasia and the desire to live in spite of everything. At the same period, the actress appeared in another music video, “It’s You” by Zayn Malik.

In 2017, Nicola Peltz tried herself on the TV screen and appeared in two episodes of the series Inhumans and the pilot of When the Street Lights Go On.

Nicola is Jewish; her father is one of the leaders in the New York Jewish community. The family supports Israel and the ideas of Zionism.

The young woman has had several bright romances. She has no husband and children.

In 2014, Peltz was dating Justin Bieber, the young Canadian pop singer, but they split up in a year. Later on, Nicola had a short-term romance with the actor Cameron Fuller; they broke up in several weeks.

In 2016, the artist began to see Anwar Hadid, the son of the real estate businessman Mohamed Hadid. The fact that Anwar was four years younger than his girlfriend did not prevent the couple from enjoying each other. Nicola’s fans had many expectations from this relationship, but Peltz and Hadid split up in 2018.

The young woman is in perfect shape: her height is 168 cm., and her weight is 55 kg. The actress often posts home pictures with her family and photos where she is wearing a swimsuit on her Instagram page.

Nowadays, the woman is focused on her career.

In 2018, the artist appeared in the movie Our House and was announced as the lead actress in The Obituary of Tunde Johnson and Above the Line. The star of The Game of Thrones Peter Dinklage will become Peltz’s partner in the latter project. 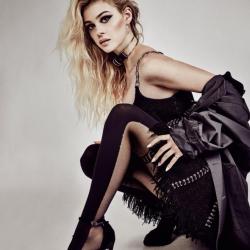