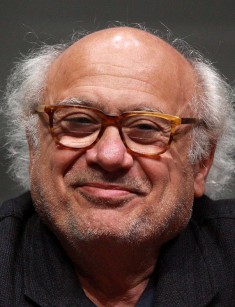 Every avid film-fan certainly knows the name of the little charismatic actor Danny DeVito, who has pleased the audience with remarkable roles for about fifty years. There are more than a hundred works in his creative biography, and the filmography of this actor is growing over time. Few people know that Danny is a man who made himself. It can be said that the short Italian is an example of a typical "American dream" when a person goes to the film stardom thanks to his diligence and perseverance.

Daniel Michael "Danny" DeVito, Jr. was born in the northeast of America, in the provincial town of Neptune, the state of New Jersey.

Danny's parents (Italians by origin) were not remarkable people who did not even have the slightest idea of cinematography. Father of the future actor had to change many professions to make for a living. He tried to start up his own business, he sold sweets in a confectioner's shop, worked in the laundry, tried to become the owner of a billiard club, but eventually stopped at the hairdressing business, and opened his own salon.

Daniel Sr. was concerned about the small growth of his son, so he often took his child to doctors who did not reveal any physical deviations. The boy was healthy, and the father of the future actor stood the thought, that since his son did not succeed in height, he would necessarily outperform children in mental development. Thus, the young DeVito was enrolled in the local Catholic school.

According to the actor, he was not teased because of his small height and excess weight in his childhood (now the actor's height is 147 cm). Although Daniel Jr. was not good at studies and physical education, the boy was known as an authority in the class. At school, Danny showed himself as a charismatic and artistic young man, he was the king of jokes and won the special respect of friends and classmates for telling chilling stories in a realistic manner. His horror stories about zombies, gloomy rooms and a mad bloodthirsty neighbor scared listeners so much that they could not even move with fear.

Upon graduation, the young man followed his father’s footsteps and mastered the hairdressing. The co-owners of Daniel Senior’s salon were some Jack Nicholson. The Italian did not even think about an acting career, but an accident determined his future career. Once Danny overheard the conversation between Aunt Nicholson and her sister Angela. The ladies talked about the star nephew Jack, who played in the low-budget film The Little Shop of Horrors (1960) not long ago.

Curious DeVito, of course, could not but pay attention to that news and went to the premiere of the "black comedy" to watch the play of his city neighbor. The film, which tells about a bloodthirsty flower, with Jack Nicholson in the leading role impressed Danny so much that he began to think seriously about the future as an actor.

At that time DeVito thought of changing scissors to a makeup brush and even trained at the New York Academy of Dramatic Arts, where he learned the basics of acting. Upon graduation, Danny went to conquer the "dream factory", but, unfortunately, directors did not accept the short chubby man "from the street" in Hollywood. Film producers refused Danny because of his height and unusual appearance. Therefore, the future actor went on endless casting, and made for a living, moonlighting as a night watchman.

In 1966, Danny left the city of dreams after successive failures. The Italian was offered a job in the theatre center of American playwright Eugene O'Neill, located in Connecticut. DeVito found a friend there. It was the famous actor Michael Douglas, who showed him the way to the cinema.

But the first work in the film did not bring Danny either huge money or popularity (the name of the beginning actor was not even mentioned in the captions). It was a film of the famous director Woody Allen with a non-trivial name Bananas (1971). DeVito got a supporting role, and he said a few words in the film.

After the debut in the cinema charismatic Italian continued to play in the TV screens small and unremarkable roles, which, however, attracted the audience attention. He played in such films as Dreams of Glass (1970), Hurry Up, or I'll Be 30 (1973), Loafer (1973), etc.

Danny DeVito made the real "breakthrough in the cinema" in 1975, when he played a patient in a psychiatric hospital in Milos Forman’s drama One Flew Over The Cuckoo’s Nest. His partners on the set were Jack Nicholson, Louise Fletcher, Brad Dourif and other famous movie stars. After the release of this film, critics began to talk about Danny as the actor of the new level. A small but character actor stuck in the memory of avid movie fans around the world.

In 1978, Danny DeVito visited the office of American producer James Brooks, who was engaged in the promotion of the animated television series The Simpsons. Brooks discussed with his colleagues a new project in a well-furnished office. Entering the office with rolled up sleeves, the impressive Italian threw the script on the table, asking about the author of that nonsense. There was grave silence in the office after DeVito’s outstanding question, then it turned into an explosive laugh. Danny received the main role of a dispatcher in the comedy series Taxi because of this incident. The actor was awarded prestigious film awards such as Golden Globe and Emmy for the series. Danny fulfilled his dream and bought a house with a swimming pool on the received fee.

The filmmakers remembered Danny DeVito as a versatile actor, who coped with any role. So, the extravagant man perfectly played the typical Mafiosi in an elegant hat and with a cigar in his mouth, who sold antiques in the film Romancing The Stone (1984). In the film Batman Returns (1992), the actor transformed into a vile villain Penguin from the city sewer. By the way, Danny was forbidden to talk about his character even to relatives before the filming of the superhero.

DeVito told the editorial staff of the Argumenty I Fakty newspaper that he was proud of his short height, even Michael Douglas used to say that all interesting roles go to shorties.

"I even sympathize with high people. Brad Pitt and Jude Law would never have performed, for example, the Penguin, " – the actor shared his thoughts.

The comedian confessed that he likes to transform into bad and extravagant guys. Therefore, it is not surprising that DeVito often appears before the audience as a dangerous bandit, and the film Heist of 2001 is a vivid proof.

In addition to acting, the Italian was engaged in producing and writing scripts. For example, he worked on the creation of Quentin Tarantino’s cult film Pulp Fiction with John Travolta, Samuel L. Jackson and Uma Thurman in the lead roles.

Danny has also worked as a director. He shot 17 notable films, including the comedy Throw Momma From The Train of 1987. But it is worth mentioning that in 2012 De Vito was a voice actor in the cartoon The Lorax. The fairy forest spirit spoke in Danny's voice in English, Italian, Spanish, German and even Russian.

Despite the small height, Danny DeVito enjoys enviable popularity among women. But the actor is a one-woman man. In 1982, he married splendid actress Rhea Perlman, and three children were born in a happy marriage. Though the couple practices different religions, they perfectly get along together, arranging both Catholic and traditional Jewish holidays.

It is worth mentioning that DeVito was always distinguished by his determination. In the interview, the actor told how the stewards did not allow him to smoke a cigar on board of the aircraft, as the passengers might not like it. But to enjoy the taste of tobacco DeVito was not too lazy and ask each person sitting on the board, whether they were against his idea or not.

Despite the love of cigars, Danny leads a healthy lifestyle. The actor has abstained from meat, and there is healthy food such as juice, vegetables, cereals, etc. in his diet. He also owns the Premium Limoncello factory for the production of natural lemon liquor.

Almost all things are black in Danny’s wardrobe. Since childhood, the actor has learned his mother's lesson about how dark clothes make people slim. However, the Italian admitted that he has kept diets since the age of 10 (the actor’s weight is 62 kg). DeVito is a superstitious person. For example, there is always a kind of talisman – one and the same handkerchief in his pocket.

It is likely that in 2017-2018, Danny DeVito will please fans with new roles in the cinema. For example, it is known that he will appear in Tim Burton's film Dumbo, which is being prepared for filming. The project of the comedy Triplets is also announced, where the main roles will be allegedly performed by Danny DeVito, Arnold Schwarzenegger, and Eddie Murphy. 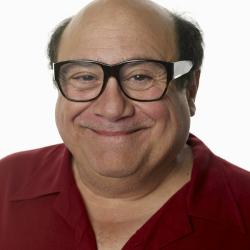