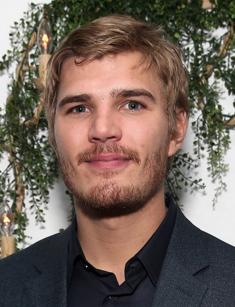 Chris Zylka is an American actor who became famous for the role of a superhero named Flash. The artist is a frequent participant of television projects. Viewers know his characters in the TV series Hannah Montana, 90210, Twisted. Chris's real surname is Settlemire. The man took his mother's maiden name, Zylka, as a stage name. The woman has Russian ancestry, and some actor’s relatives are Ukrainians.

Chris was born on May 9, 1985, in a provincial American town of Warren, Ohio. The boy did not cherish the dream of becoming an actor since childhood. In his youth, he had no plans for the future. He was inspired by his grandfather’s stories about the Bolshoi Theater and the dramatic art. So, he began to think that the stage was the manifestation of beauty.

Chris has been handsome andwas well-built. He had enough creative ideas and ambitions. The young man combined his passion for football and basketball with playing the guitar. He attended the University of Toledo and was good at studying. So, it was a basis for the future acting career. Zylka broke ground, working as a model for such brands as Diesel and Calvin Klein.

Chris Zylka began his acting career in the 2000s. In 2008, he first appeared in the television series 90210, playing Jason. The directors and producers of the project appreciated his work, and the novice actor got a golden ticket to the cinema world. The debut work was followed by participation in the TV series Everybody Hates Chris, Hannah Montana, Cougar Town, Zeke and Luther. A significant role for the young man was the image of Joey Donner in the project 10 Things I Hate About You.

The first work in cinematography was a character in the horror film My Super Psycho Sweet 16, which was produced by the MTV teen music channel. The project had a sequel, in which Chris Zylka also appeared. At the same time, the young man worked on the set of the independent film The People I've Slept With. His film debuts have proved that the actor has excellent potential for working on movies of various genres. Zylka was invited to participate in the film Kaboom.

In 2011, he appeared in the horror films Shark Night and Piranha 3DD. The following year was marked by the role of superhero Flash in the movie The Amazing Spider-Man. Zylka developed this character in the film The Amazing Spider-Man 2. Unfortunately, the scene with his participation was not included in the final version of the film.

When vampire sagas surfed on the wave of the popularity, Chris managed to play the role of a witcher in the project The Secret Circle. The actor collaborated with Phoebe Tonkin on the set. Only two seasons were filmed because viewers did not support the idea of the producers and directors.

In 2012, Zylka was invited to play in the project American Horror Story, but the actor could not participate in it. In 2013, he appeared in 90210 again and in the TV series Twisted. Chris Zylka took part in the shooting of the fantasy film The Leftovers. He was lucky to work on the same set with Justin Theroux and Liv Tyler.

Chris Zylka has always attracted the attention of young women. In 2012 he was included in the list of "TV's Sexiest Men." At that time, the actor dated colleague Lucy Hale. The media covered the couple’s private life and predicted them a happy future. But Zylka broke up with Hale, blaming her for the relationship unhappiness.

In the winter of 2017, journalists found out about the actor’s love affair with Paris Hilton, a TV personality and the heir to the immense fortune of her wealthy father. The relationship developed rapidly. The young people made a declaration of love posting their photos on the personal Instagram accounts. In 2018, they became engaged.

To show his love, Chris presented Paris a ring worth $ 2 million. The man’s feelings turned out to be so strong that he even planned to change his religion and become a Catholic. Zylka thought about the future children and decided that they should believe the religion of their parents.

The celebrities appeared together at public and private events. The wedding was scheduled for 2019. Hilton planned to celebrate three wedding ceremonies in different parts of the world. One of them was supposed to be organized in Beverly Hills. The couple seemed happy, and the solemn ceremony was long-awaited, but shortly before the marriage, it became known that Paris had canceled the wedding.

According to the reliable source of information, they have concluded that the relationship has been over, and decided not to make it worse. In memory of their feelings, the former lovers made the film Paris Hilton: I Need You, which director was Zylka.

After the separation, Chris has focused on his career. The man tries to play prominent roles in big-budget projects.

In 2018, the actor starred in the film The Death and Life of John F. Donovan. Nowadays the artist tries his hand at acting, producing and directing. 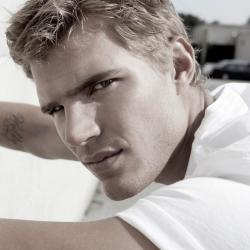