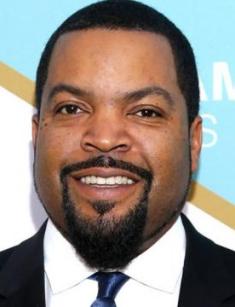 Ice Cube is the founder of the new cultural phenomenon: the gangsta rap genre. He is an ambiguous and bright figure in the world of hip hop. The musician is known for the bestselling albums AmeriKKKa's Most Wanted, Kill at Will, Death Certificate, War & Peace Vol. 1, War & Peace Volume 2, Lethal Injection, and I Am the West. Ice Cube’s net worth is estimated at $160 million, which makes him one of the most influential artists in the American hip hop, as well as a promising Hollywood actor.

O'Shea Jackson was born on June 15, 1969, in Los Angeles, California. The father, Hosea, worked as a gardener, and the mother, Doris, was a hospital clerk.

The boy showed the interest in hip hop early; he even wrote rap songs for piano classes at The Taft High School in Los Angeles.

In the fall 1987, O’Shea entered the Phoenix Institute of Technology and studied architecture. The young man used to perform with the hip-hop group C.I.A.; the popular rapper Dr. Dre used to be its member. The musicians presented the single “My Posse” together.

The same year, Ice Cube recorded the track “Dopeman” for “the world’s most dangerous group” N.W.A. with Eazy-E, Krazy Dee, and Rick. Soon, the rapper became the band’s member along with Dr. Dre and MC Ren. The musician created the lyrics for the 1988 album Straight Outta Compton.

In 1990, Ice Cube and the group’s manager Jerry Heller had some irreconcilable disagreement, and O’Shea left N.W.A. The band attacked him rudely and accused him of showing off; Ice Cube replied with the diss track “No Vaseline”.

On May 16, 1990, Ice Cube debuted as a solo hip-hopper and presented the album AmeriKKKa's Most Wanted that proved to be a commercial success; music critics welcomed it, too. This work took the sixth position in Top R&B/Hip-Hop Albums. The next year, The Guardian included it in 1000 Albums to Hear Before You Die.

In July 1990, the artist’s EP Kill at Will consisting of seven songs came out; it is still one of the most popular collections. The remix single “Endangered Species” was included there.

In 1991, the second studio album Death Certificate was released; it became one of Ice Cube’s bestsellers. It reached the second place in Billboard 200 and topped Top R&B/Hip-Hop Albums; in 2005, the album became number eight in MTV’s Greatest Hip-Hop Albums Of All Time.

The next year brought the new studio album, The Predator with the hit “It Was a Good Day”. While critics’ reviews were unfavorable, people gladly bought it. In 1993, another successful album, Lethal Injection, and its hits “You Know How We Do It” and “Bop Gun” appeared.

In 1998, the fifth studio album War & Peace Vol. 1 (The War Disc) topped charts and became a bestseller. Two years later, the second part of the album came out; it contained the club song “You Can Do It”. Since that time, the man focused on his acting career, and fans had to wait for the new collection, Laugh Now, Cry Later, for six years.

2008 was marked with the album Rawootage and its singles “Gangsta Rap Made Me Do It” and “Do Ya Than”. Critics appreciated the 2010 studio album I Am the West and the singles “I Rep That West” and “Drink the Kool-Aid”.

On June 6, 2017, the musician pleased his fans with the new single “Good Cop, Bad Cop” to protest against corrupted law enforcement authorities.

In 2018, the musician presented the tenth album Everythang's Corrupt; the song “Arrest the President” that was covertly devoted to the US President Donald Trump became the lead single.

In July 1991, the beginning actor joined the cast of the drama Boyz n the Hood by John Singleton; it was nominated for the Academy Award. The audience also loved it, and critics gave positive reviews. In 1992, Ice Cube received the Chicago Film Critics Association - Most Promising Actor for the role of Darin.

1997 brought the collaboration with Elizabeth Hurley in Darrell Roodt’s thriller Dangerous Ground, but the critics’ opinions were not favorable.

In 2002, Ice Cube personified Calvin Palmer in the comedy Barbershop by Tim Story; the project was a top-grossing hit. The sequel Barbershop 2: Back in Business came out in 2004; 2016 was marked with Barbershop: The Next Cut. The singer appeared in all the parts.

In 2005, the rapper starred in the family comedy Are We There Yet? The movie did not enjoy many positive reviews, but commercial results were pretty good. Further on, Ice Cube participated in the 2012 comedy 21 Jump Street and came back to his character, Captain Dickson, in the 2014 sequel 22 Jump Street.

In 2017, the actor expanded his filmography with another comedy: he played Strickland in Richie Keen’s Fist Fight.

The musician is married to beautiful Kimberly Woodruff; they have five kids. The young people met when Kimberly was a college student; she did not show any interest in O'Shea because she was dating someone else. However, she split up with her boyfriend several months later; this is where the woman encountered Ice Cube again and got close.

The couple started dating in 1988 and engaged three years later. The lovers married on April 26, 1992, and kept their tender feelings up to the present.

Kim and Ice Cube’s first child, O'Shea Jackson Jr., was born before the marriage, on February 24, 1991. The young man followed in his father’s footsteps: music lovers know him as OMG. The second son, Darrell (born December 29, 1992), also chose music as his career and took the stage name Doughboy.

Ice Cube is proud of his family; they are his priority. There are few family pictures on the man’s Instagram, though: he prefers to keep the private life secret.

In November 2018, the rapper participated in The Late Late Show with James Corden and talked about his new album Everythang’s Corrupt; he also performed the song “That New Funkadelic”.

2019 has been marked with the tour supporting the new album.

At present, Ice Cube has an estimated net worth of $160 million.