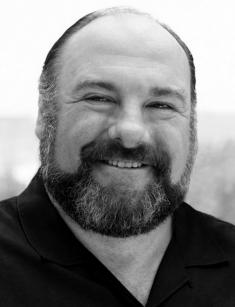 James Gandolfini was one of the few American actors who was not destroyed by fame. Despite all the difficulties, he remained a bright and straightforward person throughout all his life. His talent warmed the hearts of viewers, making them worry about his characters.

James Gandolfini was born on September 18, 1961, in the borough of Westwood, New Jersey. His parents were ordinary peasants of Italian descent. The mother was a high school food service worker, and at the end of her life, she supervised the canteen. His father worked as a bricklayer, and in his old age got a job as a guard at a school. He was an honest and fair person and continuously told his son that fame was ugly and one should always remain simple against all the odds.

During his school years, James attended basketball sections and occasionally participated in a school theater. He had a handsome appearance, and the future actor won a male beauty pageant. In 1979, Gandolfini entered Rutgers University, a prestigious institution in New Jersey. Upon graduation, the student earned a BA in Communications successfully.

James Gandolfini did not begin his acting career immediately. After graduation, the artist worked as an administrator in a prestigious nightclub in New Jersey for two years. Later, he moved to New York City and began studying at a Meisner technique acting class. James participated in simple amateur performances, which helped to gain experience.

James made a Broadway debut in 1992 in the play A Streetcar Named Desire. The same year, for the first time, he tried his hand at the cinema and played the minor role of Tony Baldessari. At that time, no one could guess that the crime drama A Stranger Among Us would become famous. The film was nominated for the Palme d'Or.

Since then, directors began to offer Gandolfini roles in films. So, in 1993, four movies were released. They are Money for Nothing, True Romance, Mr. Wonderful, Italian Movie. For the first time, James was noticed by critics and viewers thanks to Tony Scott’s True Romance. Subsequently, the actor began to play the leading roles in favorite films, such as Angie, Terminal Velocity, New World.

Although James Gandolfini acted in films, he became world-famous in 1999, when the HBO channel launched the crime series The Sopranos. In general, six seasons were released, and the shooting ended in 2007. The actor could not even imagine that he would get the leading role of the godfather. After reading the script, the man immediately realized that he would suit better for the part, but he was sure that they would never allow him to participate in the project.

For the role of crime boss Tony Soprano, Gandolfini won 3 Emmy Awards and one Golden Globe Award. Critics published a photo of the actor and emphasized his charisma and acting skills. To play the title character, James had to gain 12 kilograms.

During his film career, Gandolfini managed to work with famous actors. He collaborated with John Travolta and Salma Hayek in the film Lonely Hearts. James played with Brad Pitt and Julia Roberts in the drama The Mexican.

Gandolfini's personal life did not have a lot of exciting events. It was difficult for the actor to establish rapport with women after his first girlfriend died in a car accident in his youth. The actor could not start a love affair for a long time and expressed his anger and suffering on the stage.

In 1995, James was lucky to meet Marcy Wudarski. Four years later, they got married, and their son Michael was born. The marriage was short-lived, and in 2002 the couple divorced. The union became difficult for Gandolfini because he began to abuse alcohol and drugs, and also regularly cheated on his wife.

He had a second love affair with Lora Somoza, who worked as an assistant director. The relationship was successful, and the couple was even going to play the wedding, but at some point, they had to separate.

The second marriage was the last and most successful. The wife of the actor was the former model, Deborah Lin, whom he dated for two years. In 2008, they celebrated their wedding in the homeland of the bride, in Hawaii. In 2012, daughter Liliana was born. The couple always lived in New York City, raising children.

On June 19, 2013, James Gandolfini was on vacation in Rome with his son. At 10 p.m., the actor lost consciousness in the bathroom, and Michael immediately asked for help. The ambulance arrived quickly and took the man to the local clinic. For 40 minutes they tried to bring the artist to life, but all attempts were unsuccessful. At 23:20, Gandolfini's heart stopped.

Two days later, an autopsy was performed, and it confirmed the cause of death. The actor died of a heart attack. The funeral was held on June 27 in New York City, at the Episcopal Cathedral of Saint John the Divine.

The death of the great actor shook the whole world. No one expected Gandolfini to leave the world at the age of 52. The day before the funeral of the artist, the theaters of Broadway had a moment of silence and turned off the light to honor the memory of James. Six months later, the HBO channel released a documentary film that told about the life and career of the actor. 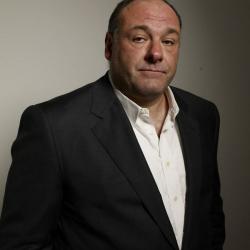