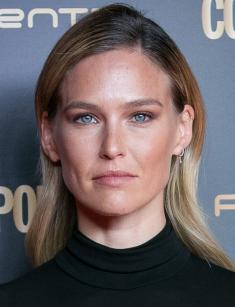 Bar Refaeli is an Israeli model, who became world-famous after posing in a swimsuit for the cover of the Sports Illustrated Swimsuit Issue. She collaborated with such brands as Chanel, Gap, Escada, Subaru Accessorize and many others. She was voted No. 1 on Maxim magazine's Hot 100 list of 2012.

Bar Refaeli was born on June 4, 1985, in Hod HaSharon, Israel, to the Jewish parents, Rafi and Tzipi. The girl's mother, better known as Tzipi Levine, also worked as a model in the 1970s.

Bar Refaeli began her modeling career as a child. When the baby was eight months old, she managed to play in a photo film commercial. The girl stopped starring in photo shoots in early childhood due to orthodonture and could restart her career at the age of 15. In 2000, Bar took part in the Israeli beauty pageant, where she was awarded "Model of the Year." It was a significant career milestone.

In 2000, she signed a contract with the model agency, Irene Marie Models, and appeared in advertising campaigns for well-known brands, Castro and Pipel. Besides, the model starred in a Milky pudding commercial at the end of the same year. Renuar fashion channel made Bar the home model for of their brand, and she was featured in their summer and winter catalogs in 2002 and 2003 respectively.

In 2005, she made her television debut in the Israeli drama series Pick Up. By the time she was 20 years old, Bar had become a famous fashion model. In 2006, she was a cover model for several fashion magazines like French Elle, Italian GQ, Cosmopolitan and Maxim.

Refaeli supports the non-profit organization Project Sunshine, which takes care of children suffering from critical diseases. In 2006, she joined hands with the cosmetics company Ahava, which representatives visited pets abandoned during the 2006 Lebanon war.

In 2008, Bar co-hosted the special program Tommy Hilfiger Presents Ironic Iconic America, based on the book of the same name, and hosted the 2009 MTV show House of Style. The same year, the model became the new face of the perfume brand Rampage and worked with world famous photographer Gilles Bensimon starring in the fall collection advertising campaign of the brand.

Bar Refaeli was appointed as an ambassador for Hurley and Diddy Сologne clothing brands in 2008 and became a representative of Garnier International in 2009. The model appeared in commercials promoting the Morellato watches and jewelry 2009-2010 collection.

In 2011, she made full-length film debut, starring in the American-Israeli psychological thriller Session directed by Haim Bouzaglo. The same year, Refaeli and Dudi Balsar, a former male model and attorney, set up an E-commerce company called Under.me to sell designer underwear.

The model and actress served as a guest judge in Germany's Next Topmodel hosted by Heidi Klum. Inspired by the project, Bar started her own show Million Dollar Shootingstar in November 2012 on the German TV channel Sat.1.

In 2013, Refaeli starred in the French-Israeli crime comedy film Kidon, in which she portrayed a Mossad assassin. Bar was the face of the fashion brand Luisa Cerano and the lingerie brand Passionata for a long time and also participated in various advertising campaigns, promoting her new collection.

Besides the management agency One, the model also worked in the agencies of Paris, London, Barcelona, Hamburg, and Milan.

It is known that the model had romantic relationships with many famous men, including English musician Mick Jagger, actors David Charvet and Uri El-Natan.

The celebrity’s first husband was Arik Weinstein, whom she married to avoid military service. Two years after the wedding, the couple divorced.

In 2005, Bar began dating Hollywood actor Leonardo DiCaprio, after they had met at a party in Las Vegas. The couple broke up in June 2009 and reunited in 2010. The relationship of the lovers finally fell apart in May 2011, and they officially announced the breakup.

In July 2012, Refaeli met Israeli businessman Adi Ezra through mutual friends and immediately started the relationship with him. A few months later, the couple moved to an apartment in Tel Aviv. They married in September 2015.

In the summer of 2018, Refaeli met Prince William, the British heir to the throne, in Tel Aviv. After the event, Bar said in an interview that William was the most handsome prince in the world.

The media is now actively discussing candidates to host Israel's Eurovision 2019. According to unofficial information, the presenters will be supermodel Bar Refaeli and Erez Tal, a successful Israeli television and radio host.

The young woman is an active Instagram user, who has several million subscribers. They appreciate Bar for sincerity and simplicity because the model calmly posts selfies without makeup and photos of her everyday life.