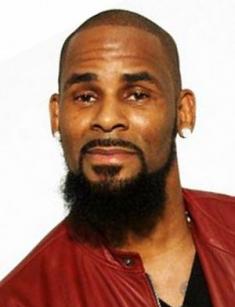 It seems that no matter what R. Kelly does in the professional sphere, everything always becomes super successful: solo creativity, duets or producing. But as for personal life, the winner of multiple Grammy Awards found himself in the center of sexual scandals, including the participation of minors. However, it does not prevent many fans from adoring him for the legendary hit I Believe I Can Fly.

However, all began quite innocuously. In the early years, Robert Sylvester (such is the real name of the singer), who was born on January 8, 1967, in Chicago, sang in the church choir. The mother Joanne instilled in him Baptist education and love of music; she forced to raise four children on her own. The father did not participate in their life.

By the star of rhythm and blues admission, he was abused by an older woman in his adolescence but never told anyone about it. And at the age of 11, when the boy was riding a bicycle to his home, he was hit in the shoulder by a bullet, which is still there.

There is also a place of love and tragedy in the memories of the past. The main and beloved childhood friend of Robert was his neighbor Lulu, with whom he spent time, playing the game, vowing never to part. However, the fantasies of young dreamers did not come true.

Once, the girl was pushed into the water in a fight with older children and a strong current carried the child away with lightning speed and her lifeless body was found soon. She was the first muse of the future musician and her death was the impetus for creativity.

His two passions: music and basketball strengthened, when he entered Kenwood Academy, his passions never left him throughout his life. Kelly gave his first concerts on the streets of his native city, then he created together with three friends a boy band, which won the talent show but the team stopped to exist after the debut single.

In 1992, Kelly recorded his debut album in the new group, a solo album a year later, the title song from which is the 'Bump N' Grind', which made the audience fall in love with him from the first chords and the artist deservedly was sent to prestigious music tops of the charts. The collection later acquired gold and platinum shades.

Loud success was also waiting for the singer Aaliyah, who was produced by him, she was in the popular charts at the very beginning of the creative path, thanks to the performed singles.

In addition to his skills and talents, the singer has remixes both personal compositions and works of colleagues — for example, Janet Jackson. A little later, Robert was honored to create a hit for her brother, the king of pop Michael Jackson. In 1995, the world saw the second album by Kelly, which was called his name and caused drastic polar assessment of critics. However, it did not prevent him from taking a leading position in the Billboard 200.

At the end of November 1996, the mega-popular song I Believe I Can Fly was released, the passionate lover of basketball R. Kelly created it, especially for the film Space Jam. It was one of the 500 best songs of the XX century. The artist also had stellar tandem, including Celine Dion and Mariah Carey, Puff Daddy and Kanye West, Justin Bieber, Jay-Z and T-Pain and many other celebrities.

There are numerous Grammy Awards, performance at the winter Olympic games in 2002 and World Cup Football in 2010, a constant participation in charity, the operation on a throat, lawsuits, the Records, which entered the Guinness Book; working capacity of the star would be enough for some people and impressions for some lives.

Plus, by the beginning of 2019, there are 14 solo albums, of which a good half is a platinum, confirming the status of a superstar. Besides, the man turned not only the world of music but also the world of sports, becoming the first artist and professional basketball player.

According to the Western media, the titled producer was connected with a minor at that time singer Aaliyah not only with a professional relationship. In 1994, there was a secret wedding of young people and the marriage was annulled at the request of her family later. Young people denied it, saying only about a friendly relationship.

In 2018, the ex-wife of the performer made a loud statement in the press. According to the announcement, the musician subjected her to constant domestic violence, as a result of which the woman developed a tendency to suicide, post-traumatic stress disorder and even gynecological diseases. The singer does not agree with such accusations categorically.

Trials and the subsequent arrest are related to R. Kelly. There are widespread videos and photos, which depicted the sexual act with a teenage girl. However, the accusations against the singer were dropped.

2018 gave the star a lot of trouble. Such music services boycotted the works of R. Kelly as Apple MSIS, Spotify, Pandora because of his "criminal" activities. In response, the artist released a short film I Admit, where he denies all attributed to him. R. Kelly has a net worth of $100 thousand.

In 2019, the audience saw a multi-part documentary film Surviving R. Kelly, showing the illegal sexual actions of celebrities. RCA Records/Sony Music refused to promote his work and the Queen of outrageous Lady Gaga and Celine Dion refused from cooperation with him, apologizing to the public. The mother of Aaliyah urged the public not to believe the false information discrediting the honest name of the deceased daughter on "Instagram."

His daughter Joann spoke out against the famous parent, she called him a monster and said that she

"prays tirelessly for the victims of the father's violence."

R. Kelly is not going to stay away and plans to make a website where the prosecutors will strike back and he will present the facts of his innocence. And he promises to please fans with a new album.