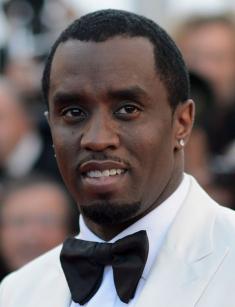 Puff Daddy, also known as P. Diddy and Diddi, is one of the most prominent figures in modern hip-hop: he is a singer and producer who collaborated with Jennifer Lopez, Beyoncé, Justin Timberlake, and Snoop Dogg. Today, the man has stopped his music activities and concentrated on acting.

Sean John Combs was born on November 4, 1969, in Harlem, the black neighborhood of New York. The boy’s mother, Janice Smalls, was a model and teacher’s assistant, and the father, Melvin Earl Combs, served in the US Air Force and simultaneously helped the convicted drug seller Frank Lucas transport heroine during the Vietnam War. When Sean turned two, Melvin was shot in on Central Park West.

Raised as a Roman Catholic, Combs finished the Roman Catholic Mount Saint Michael Academy in 1987. Later, in 2008, the rapper told The Daily Telegraph:

“I just follow right from wrong, so I could pray in a synagogue or a mosque or a church. I believe that there is only one God”.

Sean got his nickname, “Puff”, as a child: he generated that sound when he was angry.

After graduation, Combs entered Howard University, School of Business, in Washington. The young man was known as a party king; sometimes, a thousand teen guests were present in his house. The future rapper quit his studies after the second year but restarted his education in 2014; soon, he gained an Honorary Doctorate in Humanities.

As a student, Combs began to collaborate with Uptown Records as a talent director; he promoted the R’n’B quartet Jodeci and the singer Mary J. Blige. In 1993, Uptown Records fired Sean for his overconfidence, and the young man founded his own label, Bad Boy Entertainment, with Arista Records. The Notorious B.I.G. was the first artist whom Sean introduced to the stage independently. The contracts with Usher, Lil’ Kim, Mariah Carey, Aretha Franklin, and other singers followed in a while.

In 1997, Sean realized he wanted to create his own music. February brought the debuting single “Can't Nobody Hold Me Down” that topped Billboard Hot 100 for 28 weeks. In July, Puff Daddy’s first album No Way Out came out; the next year, it won the Grammy Award for Best Rap Album.

The song “I'll Be Missing You” devoted to murdered The Notorious B.I.G. was the leader of Billboard Hot 100 for 11 weeks and brought the second Grammy – Best Rap Performance by a Duo or Group. “Victory” turned out to be one of the most expensive music videos in history; it was number nine in 2018. $2.7 million was spent.

The track “Come with Me” with Jimmy Page was supposed to be included in the album; however, it was released only in 1998 as the soundtrack for Godzilla. In 1999, the artist expanded his discography by Forever that immediately reached number two in Billboard 200 and became platinum in the United States. However, critics did not appreciate the work: Q magazine included it in 50 Worst Albums of All Time.

Two years later, Bad Boy Entertainment separated from Arista Records; the album The Saga Continues… was their last project. Critics did not give many positive reviews.

In 2002, the rapper had another stage name, P. Diddy, and went touring with 'N Sync as an opening artist. In 2005, he changed the name once again and became Diddi because of Richard Dearlove’s lawsuit: the DJ had been known as Diddy since 1992. The High Court of Justice in London prohibited Combs from using the name “Diddy” in the USA and fined him for £110 000.

The next year, Sean presented the album Press Play; Nicole Scherzinger (“Come to Me”), Christina Aguilera (“Tell Me”), and Keyshia Cole (“Last Night”) collaborated with the musician. The album topped Billboard 200; 173 000 copies were sold in the first week.

In 2010, the fifth studio album Last Train to Paris was presented; it described how Diddi’s alter ego was traveling from London to Paris to return his lost love. Sean's R'n'B group Dirty Money (the dancer Dawn Richard and the singer Kalenna Harper) participated in the recording. Critics welcomed this work and marked the duet added something new to Diddi’s music.

In November 2015, the album No Way Out 2 consisting of 16 tracks came out as a mixtape; it became the MMM: Money Making Mitch. The next year, Combs announced he decided to leave the music industry and concentrate on acting.

The actor debuted in 2001 in two projects: the crime drama Made starring Jon Favreau, Vince Vaughn, and Peter Falk and Monster’s Ball with Halle Berry and Billy Bob Thornton. Puff Daddy also performed on Broadway in 2004 and played Walter Lee Younger in A Raisin in the Sun. Four years later, the TV version of the performance with Combs was released.

In 2005, the rapper participated in the action movie Carlito's Way: Rise to Power about Harlem in the 1960s. As the story runs, three former prisoners, Earl, Rocco, and Carlito, regain their freedom; they want to control drug trafficking in Harlem. The Italian Bottolota family and black gangsters led by Hollywood Nicky (Sean Puffy Combs) stand over the drug supply. The main characters realize that being close to one’s friend and respect for the street laws are the only way to survive in Harlem.

In 2008, the artist received the role of Derek Powell in two episodes of the series CSI: Miami (season seven, episodes 15 and 16). In 2011, he appeared as a New York police detective in Hawaii Five-0. The next year brought an episode of the sitcom It's Always Sunny in Philadelphia (season eight, episode five).

Sean Combs is the father of six children; the kids were born from different mothers. The first son, Justin, was born in 1993; the rapper’s school love, the designer Misa Hylton.

In 1994-2007, Puff Daddy was dating and breaking up with Kim Porter. They brought up the son Quincy Brown (born in 1991) from the woman’s previous relationship with the producer Al B. Sure. In 1998, Kimberly gave birth to the son Christian; the daughters D’lila Star and Jessie James were born in 2006.

Five days before the twin girls’ birthday, Sean’s ex-girlfriend Sarah Chapman gave birth to his daughter Chance Combs. The celebrity did not acknowledge paternity at first, but a DNA test confirmed their relation.

Journalists used to take the musician’s pictures with Jennifer Lopez, Naomi Campbell, Sienna Miller, Rihanna, and Cassie Ventura. However, none of these girlfriends became the rapper’s wife.

Sean has had legal issues several times. In April 1999, the man attacked Steve Stoute, Nas’s manager. Diddy played in his colleague’s music video “Hate Me Now”; the visual line included the moments where the musicians were crucified. Combs asked to cut off these blasphemous scenes, but Stoute did not listen to him; Sean started fighting. The rapper was accused of second-degree assault and robbery; he had to take anger-management courses.

The same year, in December, Combs and another rapper, Shyne, got into a firefight in Manhattan. The court found Sean innocent while Shyne was sentenced to ten years in prison.

In 2008, Los Angeles Times accused The Notorious B.I.G. and Diddy of murdering 2Pac (Tupac Shakur); later, the newspaper confessed the information had been fabricated.

There is no news that Sean Diddy Combs comes back to music, as well as upcoming movies with the actor. While the man has distanced himself from music, he continues to talk about interesting albums, singles, and videos on Instagram and Twitter.

In 1999, P. Diddy created his own clothing line Sean John for men and women. In October 2018, his clothes appeared in Bloomingdale's stores; it had been sold only online before. Besides, the brand presented the men’s perfume I Am King.