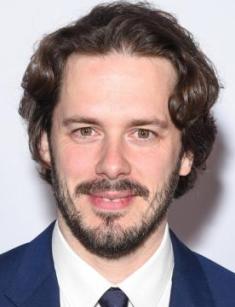 Films about zombies have recently become a famous movie and television genre. Robert Rodriguez can be considered the pioneer of the direction, but fans of the risen from the dead highly appreciate the classic parody of the zombie horror, the film Shaun of the Dead, shot by English director Edgar Wright.

Edgar Howard Wright was born on April 18, 1974, in Poole, Dorset, but spent his childhood and youth predominantly in Wells, Somerset. From 1985 to 1992, he attended The Blue School, and there is now a plaque in his honor.

Edgar’s mother, father, and his older brother Oscar are art teachers who had no relation to cinema. However, they contributed to his career in some way. In the summer, the Wrights arranged local fairs, and there was no one to look after their sons as the family did not have money for a nanny. Therefore, the parents sent the boys to the cinema to watch two films. At that time Edgar became interested in movies and everything connected with them.

At the age of 14, Wright saw a documentary telling about the shooting of Sam Raimi's Evil Dead, and for the first time, he realized that he could try his hand at filmmaking too. When the teenager was presented with a Super-8 camera, he began to work independently. By his own admission, Edgar made stupid films, which featured his classmates. Later, he changed his camera to a Video-8 camcorder, and Wright won the competition on the television program Going Live!

From 1992 to 1994, he studied at Bournemouth and Poole College of Art, where he received a national diploma in Audio-Visual Design.

Wright shot his first full-length film in 1995, and it was the low-budget parody western A Fistful of Fingers. Edgar considered the greatest achievement of the project to be the cameo role of English TV presenter Jeremy Beadle. At that time, the novice director didn't even think about professional actors. The film's slogan was "The greatest western ever made...in Somerset ..."

A Fistful of Fingers was broadcast on Sky Movies, and despite Wright’s criticism, it caught the attention of comedians Matt Lucas and David Walliams. Subsequently, they offered Edgar to direct their parodic sketch show Mash and Peas.

In his youth, Wright also directed the comedy series Asylum, after which in 1998 Simon Pegg and Jessica Hynes invited him to the post of director in the multi-serial project Spaced. While creating the sitcom, Edgar gave it an unusual look for the sitcom genre, using dramatic camera angles.

Wright actively used movements borrowed from classic motion pictures. He didn’t hide this fact and even came up with the Homage-O-Meter, a device that displayed each directorial nod he has made during shooting. For example, he used more than 80 film references in Spaced, including Titanic, Psycho, and Star Trek.

In 2004, Edgar Wright shot the film that made him really famous. It was the zombie comedy Shaun of the Dead, starring Nick Frost and Simon Pegg. The movie, which became the first in Three Flavours Cornetto trilogy, was inspired by the works of the classics of the genres, Sam Raimi and George Romero.

After that, Edgar and Pegg decided to create a trilogy, which movies were connected not by narrative but by their shared traits and motifs. So in 2007, the parody action movie Hot Fuzz was released, and its slogan was "They're bad boys. They're die hards. They're lethal weapons. They're the Fuzz". The third part of the trilogy, The World's End, was released six years later and became a parody of fantasy films.

In between the filming of "The Three Flavours Cornetto Trilogy," Edgar and Rodriguez shot Grindhouse, a comedy similar to a low-budget genre film. Besides, the director created the film Scott Pilgrim vs. the World, an action comedy film showing an atmosphere of magical realism.

Wright also wrote the script for the cartoon The Adventures of Tintin, taking part in creating the children's adventure movie. Since 2006, Wright has worked on the plot of the film Ant-Man, which was released only in 2015, and in 2017, he shot the drama action movie Baby Driver, which received 3 Academy Award nominations.

Edgar does not seek publicity and jokes that he is the kind of person you’ll learn about, only if you’ve watched DVD titles. He has worked as an actor several times, but these were cameo roles. For example, Wright appeared in such films as The Hitchhiker's Guide to the Galaxy, Attack the Block, and even Star Wars: Episode VIII - The Last Jedi.

Wright does not have a wife and children, and Edgar does not want to make his private life public. It is known that the director dated English guitarist Charlotte Hatherley, and since 2009 his girlfriend was actress Anna Kendrick. The couple’s photos periodically appeared in tabloids, and they looked good together, although the woman was slim. Wright is not very tall, and his height is 5.57 ft. (170 cm), so harmony is depicted in the young people’s photo.

The director's hobby is also computer games. Edgar mentioned in an interview that from 8 to 16, he was an avid gamer, and in adulthood, he spent several months playing Tomb Raider III.

In 2019, Wright is trying to create a movie of a different genre. He shoots the cartoon Shadows and keeps the plot a secret.

Nowadays, Edgar is working on a psychological action movie. It is only known that a woman will portray the title character in the upcoming film, and the director was inspired by the projects, Don't Look Now and Repulsion.

Edgar Wright has a net worth of $10 million.