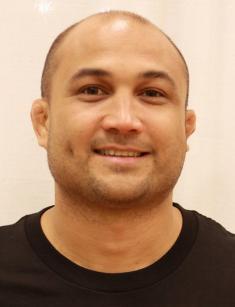 BJ. Penn is a professional mixed martial artist proved as the fearless rival ready to come to fight with anyone in this sport, irrespective of weight category. The incredible flexibility allows him to evade attacks, while he has an excellent technique deftly, his strike is considered one of the best in the MMA.

Penn was born in December 1978 in Kailua, Hawaii, USA. His father is an American with Irish roots, his mother is also an American but with Korean roots. The boy was active since childhood, he loved active games, his parents tried to direct his energy in the right direction and he attended different sports sections.

BJ. started training in Brazilian Jiu-Jitsu at the age of 17, the young man was brought to the section by his neighbor Tom Callos, who taught the boy and his brother. And when classes were more professional, the trainer of the guy became Ralph Gracie. Soon he achieved success and won the black belt, which team leader Andre Pederneiras of Nova União gave him.

In 2000, his biography had his first significant victory in his performance in the World Jiu-Jitsu Championship, where he took the 1st place in the category of black belts, becoming the first non-Brazilian, who won the world championship.

Penn's achievements in Jiu-Jitsu attracted the attention of the organizers of the mixed martial arts, who soon convinced BJ. to try himself in the MMA. In 2001, Penn debuted in the UFC and his debut in octagon ended with a win over his rival Joey Gilbert in the 1st round. He fought with two lightweights Din Thomas and Caol Uno and won both times the same year.

However, his next meeting with compatriot Jens Pulver ended in defeat. Although the man stood against the opponent five rounds. So, BJ. lost the opportunity to become a champion of the UFC in the lightweight category.

The athlete had another two wins in a row when he went into the octagon against Paul Creighton and Matt Serra. After some time after that, Jens Pulver refuses the title and decides to leave the sport and Penn had the opportunity to fight for the champion's belt again. His opponent in this battle was Caol Uno, BJ. performed with him before and even defeated the Japanese. However, this fight was a real failure for the athletes and spectators because the fight ended in a draw after five rounds.

This event made Penn disappointed. However, it did not stop his desire to play in mixed martial arts. The evidence of it is his fights in 2003 and 2004. First, he defeated the Japanese champion Takanori Gomi and then he defeated two Americans. One of them was Matt Hughes, who wore the championship belt at that time but he did not perform in the lightweight and he acted in the welterweight division.

BJ. gained his weight category to discourage the award of the opponent. The man lost in the 1st round, 4 minutes after the beginning of the fight. Penn used a rear naked choke. In 2004, the American became the champion of the UFC for the first time.

However, Penn did not stay in the status of champion for a long time. He signs a contract with the organization K-1 after the fight with Matt, the UFC and deprives the athlete of a title immediately. However, it didn't stop the fighter and he meets with Duane Ludwig in battle under the auspices of the new company, whom he strikes with suffocating reception less than in 5 minutes. He wins the Brazilian Rodrigo Gracie in the next fight in the 3rd round. He performs in the middleweight as in his new category this time.

2005 began for of a fighter not so well. In March, he meets with Brazilian Lyoto Machida but the victory is awarded to Penn's opponent after the 3rd round by unanimous decision. Soon this defeat is forgotten, as the American had a win over Renzo Gracie by unanimously judicial decision.

In 2006, Penn returned to the UFC and he had the fight with Georges St-Pierre, a contender to fight for the title of Welterweight champion but he failed to win his rival, the decision of the judges was in favor of Georges. Soon the winner was injured in training and the UFC announced that BJ. would replace Georges in the fight for the title. And his opponent was Matt Hughes this time, who gave the victory from the opponent in 2 rounds.

Penn had victories in the next three fights with Sean Sherk, Joe Stevenson, Jens Pulver in 2007 and 2008. And he fought with Joe Stevenson for a title of the champion of the UFC in a lightweight, having taken a treasured prize. And he successfully protected a title in fights with Kenny Florian and Diego Sanchez.

The next defense of the belt was held in 2010. His opponent was Frank Edgar, the winner was Frank and becomes the new holder of the title. After that, B. J. met with Matt Hughes again, he had a win over him in 21 seconds of the 1st round of knockout and he won John Fitch, they made a draw.

A lot of victories of BJ. passed, three next fights with Nick Diaz, Rory MacDonald, Frank Edgar ended in defeat for Penn in the period from 2011 to 2014. The man took a 1,5-year break in his career and declared that he wanted to return to the UFC only in January 2016.

The first fight after this news took place in early 2017 against Mexican Yair Rodríguez. It ended in defeat for Penn too. And in June of the same year, he concedes victory to his rival from Germany, Dennis Siver. He managed to enter the ring a few days before the new 2019, BJ. fights with Ryan Hall. But having received a painful reception from the opponent, the American surrenders in the middle of the 1st round.

It is not much known about the private life of the fighter. You can see that he has two children – both girls on his Instagram.

Daughters are born from his civil wife, with whom the man does not have the official marriage. The athlete puts the pictures with the family, as well as photos from the training, which he regularly attends on his social network.

Penn continues to do sport, fights with other fighters, he prepares for new outlets in the octagon. B. J. Penn has a net worth of $22 million.

It isn't clear yet whether fans of the single mixed combats will be able to see B. J. in the fight again soon. Despite a series of defeats in recent years, the man did not declare about the termination of his career. Nowadays, he keeps in shape (his height 5,7 feet (175 cm), weight 169 lbs (77 kg)).