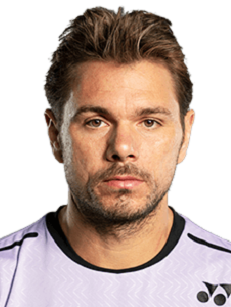 He is a professional tennis player who represents Bulgaria in world-known tournaments since his early ages. His story is a perfect example of hard work and talent.

He was born in the family of the tennis coach, and predictably, he began playing tennis at an early age. His father was a professional coach with rich experience and fundamental skills. He began coaching his child, composing the individual program. When he was five, he trained every day, and the result didn't keep waiting too long. By 15, Grigor has already had gained first prestigious wards, which proved his natural talent and honed skills.

When it became clear that the young player needed other conditions for development, he started his education in the tennis academy under the patronage of the most skilled coaches. He trained as in the homeland as abroad. Thus, at the age of 16, he moved to Paris and spent four seasons honing technique.

At the age of fourteen, the tennis player had established himself as a new rising star after gaining several international titles. Every year the young man displayed flawless training – 2006, 2007, 2008 were preferably consecutive years when he managed to acquire several achievements for the rising player. Thus, in 2007, he reached the final of the Orange Bowl. 2008 was a successful year when he participated in the biggest tournament. Even though he played with the injured shoulder during the whole competition, he won Wimbledon after defeating the Finish tennis player. This victory put him in the raw of the legendary young champions as Federer and Edberg.

He continued to win and took the title on the US Open, defeating top tennis players. After the end of the season, the tennis player announced that he was going to retire his junior career. His next aim was improving ATP raking.

The first year as a pro player was somewhat experimental. He frequently participated in sports events. After achieving the prestigious titles in tournaments as a junior player, he attracted much attention and got several wildcards. In 2009 he got the wildcard to the draw of the tennis tournament where he overheld the first victory in the ATP main draw. Then were several loses to very experienced top tennis players and first victories. In 2010 he had plenty of early losses in many challenger tournaments.

The number of disappointing losses waited for him in another challenger tournaments and Davis Cup tie. This year he also came across unfair judgment. As a result, he was involved in the off-court incident with the chair umpire. He pushed the chair umpire with both hands to swore at him. He was fined for his actions. However, his luck was about to change. He finished the tournament in Helsinki with the best ranking.

In 2011 he won the Challenger DCNS de Cherbourg. Next year he took part in almost every tournament but met disappointing losses. In 2012 the player didn't play best and lost in all competitions.

In 2014 the long-awaited breakthrough happened when the player had won the first ATP title in Stockholm. He displayed his best game and won three other titles. In 2015, 2016, the player couldn't win as dangerous titles as a single title again.

In 2017 he won the other ATP title and reached the semi-finals of Grand Slam. He continued to win in 2018 in Brisbane, becoming the top seed and the defending champion. In 2019 he managed to win the champion Federer but lost in the semi-finals. As a result of his ranking score in 25.

His first coach was his father, the professional tennis coach. Then he got training abroad, attending various famous tennis academies. Grigor had an impressive skill and talent; that's why his first professional coaches called him the best player they had ever met. He was trained by the coach of the world champions Safin and Federer.

Later he was trained by McNamara for a year. Then the player changed the coaching staff every year. Since 2016 he began working with Vallverdu. After several victories, Grigor repeatedly thanked his coach, who helped him to improve mentally. However, they parted in the middle of 2019 after a series of failures in tournaments.

His style of playing is recognized as one of the most unusual. Many experts call him one of the most talented players because he feels comfortable in every part of the court. He is known for his flexibility. Besides, he is one of the most athletic players with exceptional shot-making. At the beginning of his career, he got the nickname Baby Fed, due to his style has much common with the form of the Federer.

His solid, fast serve reaches 130 mph. In 2017 he had problems with double faults. He is widely praised by his versatile game and exceptional speed and athletism. He employs aggressive drop shots, frequently uses fakes, wrongfooting opponents.

He fluently speaks English. The tennis player is not married though was spotted in love affairs with celebrities. He and Maria Sharapova confirmed their relationships in 2012, but two years later, they broke up. He began relationship with TV personality Nicole Scherzinger. Grigor repeatedly thanked his girlfriend for support before the huge tournaments.

His field of interests includes watches, cars, computers, and sports. His career earnings allowed him together with a good fortune. His net worth is about $26 million. The tennis player resides in Monte Carlo.