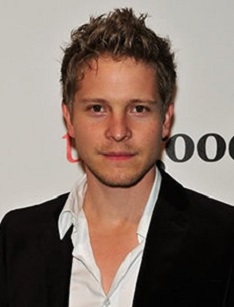 Generally, in Matt Czuchry’s list of projects he has taken part in, there are lots of decent pictures. Let’s know more about his career!

Matt Czuchry's birthplace is Manchester, New Hampshire – he was born there on May 20, 1977, to the family of Andrew and Sandra Czuchry. When Matt was a kid, they moved to Johnson City, Tennessee. Matt's father is a professor at East Tennessee State University, and his mother is a homemaker. Matt Czuchry has Ukrainian roots. Besides him, there were three more children in the family – his two brothers and a sister.

As a kid, Matt Czuchry studied at Science Hill High School from which he graduated in 1995. Later the future star entered the College of Charleston where he got Bachelor of Arts degree in History and Political Science. He became a winner of the Mr. College of Charleston pageant in 1998. While studying there, he received a tennis scholarship. He succeeded in sport a lot – he captained the men's tennis team and was a ranked player in the Southern Conference.

In his future admissions, Czuchry said that before becoming an actor he took the Law School Admission Test but failed it. Matt Czuchry attended acting lessons while studying at college. His teacher advised him to change his major to drama.

He starred in the movies Eight Legged Freaks and Slap Her... She's French. Czuchry played the main role in the movie adaptation of Tucker Max's I Hope They Serve Beer in Hell.

The first serious television project Matt Czuchry took part in was Young Americans - there he met Kate Bosworth, whom he dated from 2000 to 2002. Besides, that time he also appeared on Freaks and Geeks, 7th Heaven, The Practice, Veronica Mars and Friday Night Lights.

Later he was invited to star on the television drama Hack and UPNJake 2.0.

2004 was marked by Matt's role on the television series Gilmore Girls – he played Logan Huntzberger. His role was initially recurring during the series' fifth season before being upgraded to a series regular during the sixth season.

In 2009 Czuchry started working on the CBS drama The Good Wife – he played lawyer Cary Agos. Besides, he reprised his role as Logan Huntzberger on Netflix's reunion miniseries, Gilmore Girls: A Year in the Life (2016).

Czuchry has succeeded to get a main role medical drama series The Resident – he plays there currently. Its premiere was shown on screen on January 21, 2018. His character is Dr. Conrad Hawkins. The series was renewed for a second season on May 7, 2018, and a third season on March 25, 2019. Remarkably, Czuchry made a tattoo «Death Before Dishonor» and had to do workout for the series.

Matt’s net worth is evaluated at $3 million. However, the information about his salary per episode is private.

Though the show has never got aired, the affair between them deepened and continued even after the cancellation of the series. However, Matt and Kate never revealed their relationship officially. They broke up in 2002 without telling any particular reasons. Kate is currently married to American director Michael Polish.

Later, Matt Czuchry was linked with actress Archie Panjabi, his colleague from the series The Good Wife. Besides the love interest in the series, the two didn't reveal their affair offscreen.

In 2016, Matt and actress Alexis Bledel had a romantic scene for the show Gilmore Girls.

Also, in the list of Czuchry’s past girlfriends, there is Emily VanCamp.

Interestingly, there have even been rumors about Matt Czuchry’s sexuality. Fans thought him to be a gay after Phillip Shinn (Dirk) and Matt Czuchry shared the screen of The Good Wife. Although Matt didn't release any clarifying statement, the producer of the series The Good Wife, Robert King explained the rumored sexuality of Matt (Carry) to be an apparent misunderstanding.