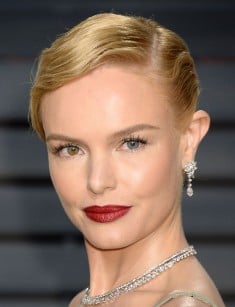 American actress and model Kate Bosworth built an acting and modeling career very quickly. Her first role was a leading one, and it made a 15-year-old girl with amazing eyes famous on the Hollywood hills.

Her credits include such famous movies as The Horse Whisperer, Superman Returns, Before I Wake. Kate is the face of the famous Calvin Klein brand. Nowadays, Bosworth is one of the brightest and most promising stars in Hollywood. The paparazzi follow her, and news about Kate is published on the front pages of the tabloids.

The actress was born in Los Angeles in January 1983 and grew up in a family where there were no artists. Kate Bosworth's parents were not connected with the world of show business, although they lived in a city that is called the center of the world film industry. Kate’s mother Patricia Potter is a homemaker, and father Harold Bosworth was an executive for Talbots.

They often had to change the place of residence due to the father's work. The Bosworth family traveled from one state of America to another, and they took the only daughter, Kate, everywhere. The girl used to be in the high light all the time. Her bright appearance and modeling body measurements (Bosworth’s growth is 1,65 meters, and she weighs 55 kilograms), different-colored eyes (Kate has heterochromia iridum) made the girl a desirable model for fashion agencies and advertisers.

They tried to get the beautiful girl from childhood, offering to sign contracts, but Kate Bosworth was adamant and refused offers. At the age of 10, she developed an interest in competitive horse racing and devoted all free time to this activity. Kate dreamed of becoming a professional rider, and at the age of 14, she became a champion equestrian. Bosworth graduated from a high school with advanced French learning. There, the girl was fond of football and lacrosse, and she played for the school team.

The American actress started an acting career when she was 15 years old. Moreover, equestrian sport helped Kate Bosworth. Director Robert Redford was looking for a young girl, who could ride confidently, to play in a new project. He selected Kate, and she appeared on the set of the melodrama The Horse Whisperer.

This film tells a dramatic story about two friends, Grace and Judith, who were in deep trouble during a horse ride. Judith died of colliding with a truck, Grace lost her leg, but she and the horse named Pilgrim managed to survive. Kate Bosworth got the role of the deceased heroine, and Scarlett Johansson portrayed Grace. Two more Hollywood stars, Robert Redford and Kristin Scott Thomas, played Grace’s parents.

The box office grosses were three times higher than the budget, viewers and film critics welcomed the drama film warmly. After the release of the movie, Kate Bosworth thought seriously about an acting career. Two years later, in 2000, the young woman appeared in three projects: the series Young Americans and the films The Newcomers and Remember the Titans. In the last movie, Denzel Washington played the title character.

In 2002, the comedy film The Rules of Attraction and the melodrama Blue Crush, which told about the everyday life of surfers, premiered. Kate Bosworth got a leading role in Blue Crush. The girl showed excellent fitness and good acting. Film critics highly appreciated Bosworth's talent. The success forced Kate Bosworth to return to native Los Angeles because the actress received a lot of offers from directors.

In 2003, the American starred in the thriller Wonderland, based on real events. Val Kilmer played a leading role in the crime drama, and Kate Bosworth appeared as his girlfriend, Dawn Schiller. Robert Luketic's romantic comedy Win a Date with Tad Hamilton! was released in 2004. 21-year-old Kate portrayed the title character, a young provincial girl who won a meeting with a Hollywood bachelor. The film premiered worldwide in January, and it was released in Russia in May.

From 2004 to 2010, Kate Bosworth starred in ten projects. The highest rated movie was the fantasy adventure film Superman Returns. On the set, the actress met famous colleagues Kevin Spacey and Brandon Routh. Kate got the role of Lois Lane. The actress could outperform such stars as Mischa Barton and Keira Knightley, who also auditioned for the role.

The franchise was released in 2006 and received mixed reviews and different awards. The movie received one Oscar nomination and five Saturn nominations. But Superman Returns was also nominated for the Golden Raspberry Award, and Bosworth could have won the mock prize for the Worst Supporting Actress.

Kate could regain her good name in 2011 when she starred in the comedy L!fe Happens together with Krysten Ritter. The film was chosen as a selection to the 2012 Tribeca Film Festival. Kate Bosworth's fans love the actress for her acting talent. She is equally good playing in the comedy genre (Movie 43) and drama films (Straw Dogs and The Warrior's Way).

In the spring of 2016, the horror film Before I Wake premiered in America. In Russian, viewers saw the horror film directed by Mike Flanagan in late April. Two latest projects with Kate Bosworth are the drama series The Art of More and Scott Mann’s thriller Heist. In the last film, she co-starred with Hollywood legend Robert De Niro.

Kate Bosworth has been placed on the Maxim Hot 100 List three times. It is not surprising that the star’s personal life is full of events, and Orlando Bloom and Alexander Skarsgård were among her boyfriends.

She met Orlando in 2002 when Bloom basked in the rays of glory after the release of The Lord of the Rings film trilogy. By Hollywood standards, the relationships were long because they lasted four years. Rumors about their upcoming wedding appeared regularly. But in 2006, the couple announced the breakup.

Kate had a hard time after the breakup, but Bosworth and Bloom managed to remain friends. A year later, the actress met a colleague, Alexander Skarsgård. They started a love affair. The couple dated for two years, but in 2009 they announced the breakup. Kate Bosworth could forget about the falling out of love dating director Michael Polish. This relationship was strong, and in 2013, Kate and Mike married at a ranch in Montana.

It is the second official marriage for Polish. In 1998, his daughter Jasper was born in the marriage with the makeup artist, Jo Strettell. Polish’s daughter and the second wife became friends, and Jasper attended the wedding of Kate and her father. In 2015, Kate Bosworth asked agents for a career break because she wanted to give birth to children. The star’s fans are closely watching the news in her life on Kate's Instagram page. Almost half a million fans have subscribed to Bosworth’s page.

Kate Bosworth and Michael Polish are frequent guests at celebrity parties. In 2017, the couple appeared at the 89th Oscar ceremony, where the delicate actress shone in an airy J. Mendel dress. The model does not miss the parties of famous couturiers. In April 2017, Bosworth attended the cocktail party of Diane von Furstenberg.

Kate is interested in fashion even nowadays. After cooperation with Coach, which produces luxury accessories, the woman created her own jewelry company in 2010. The star launched the first jewelry line called JewelMint in collaboration with designer Cher Coulter. Now, Kate Bosworth continues to design and sell fashion accessories. 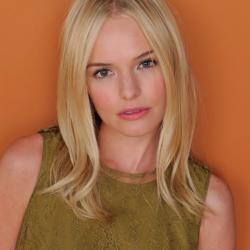