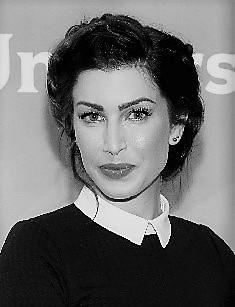 Stevie Kathleen Ryan was an American internet personality and actress. She is mostly known for her role in the comedy series Stevie TV and her YouTube channel. Ryan died in 2017 at the age of 33 years old.

Stevie Ryan was born in 1984 in Riverside, California. In 1986, she moved to another city in California – Victorville, where her parents had a trucking family business.

Since childhood Stevia dreamed about Hollywood but did nothing to follow her dream – she never was a part of high-school theatrical productions. At her school prom, she went dressed as a famous actress, Marilyn Monroe. After graduating from school in 2002, Ryan tried to attend the local college, but there she found out that she was "too right-brain for school."

And then Stevie followed her older brother to Huntington Beach, a seaside city in California. In one of her interviews, Ryan mentioned that she had wanted to do anything to be closer to Los Angeles.

When at the age of 19, Ryan moved to Los Angeles, she wanted to become a part of the entertainment industry. She was booking her individual photo shoots, submitting herself for auditions. After all, she passed the audition for Hilary Duff's music video "So Yesterday." Then, in 2006–2007, Stevie was booking some commercial projects by herself and also writing and filming her videos which she posted on YouTube. We can say that she started doing it rather accidentally while killing time between auditions and acting classes. Soon, her videos became a phenomenon, and her characters started developing a cult.

In 2010, NEW (New Wave Entertainment) contacted Ryan and offered her to work together. NEW already had an idea of a television series that could complete Stevie's online empire. That is how Stevie TV was created. It was a sketch comedy series that was parodying various pop culture personalities. Among other Ryan's projects, there was Ridiculousness that was created by Rob Dyrdek and where Stevie appeared together with the star of Lord of the Rings Dominic Monaghan.

By the way, when Ryan wore no makeup, lots of people noticed that she “looks like Liv Tyler," who is also an American actress.

At the time of her death in 2017, Stevie’s net worth was around $100,000 that she got mostly from her YouTube account and her work on the in the VH1 series Stevie TV.

Speaking about Ryan’s love life, as we know, the estimated number of her former partners was around seven. She dated some famous people such as Adam Paranoia and Drake Bell. To Adam, Stevie was even engaged. In summer 2008 Stevie and Adam started dating and then they got engaged next year. However, there was no wedding, and the pair separated in 2010.

Speaking about Bell, Stevia and Drake dated for a year, in 2005–2006. When the news about Ryan’s death was announced, Drake commented this really emotionally on his social network accounts. It was clearly seen that after ten years, he did not forget his love.

In 2016, Ryan married Darius Zayas, a producer. Actually, there is no information about him: after Stevie's death, her husband disappeared from the limelight and, we suppose, it was tough for him to accept the fact that his wife was gone.

By the way, there was an unpleasant situation that happened almost on Stevie’s last days of life. Anfisa Nava, a 90 Day fiancé’s star, accused her boyfriend Jorge Nava of cheating on her with Stevie. However, the rumors were still rumors.

Stevie died at the age of 33 on July 1, 2017, after her grandfather’s death on June 29, 2017. The cause of death was announced as suicide by hanging. Ryan was really open about her struggles with depression and also co-hosted the podcast about depression named “Mentally Ch(ill)” with Kristen Carney.