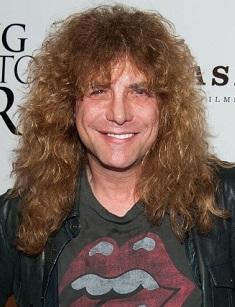 Steven Adler (born Michael Coletti) is an American musician mostly known as the former drummer and co-songwriter of the hard rock band Guns N' Roses, with whom he achieved worldwide success in the late 1980s. Later Adler’s career’ successes deteriorated, because of his drug addiction.

It’s high time we knew something new about the musician!

Steven Adler's birthplace is Cleveland, Ohio – he was born there on January 22, 1965, to the family of Michael and Deanna Coletti. Adler is of mixed race – his father is of Italian-American ancestry, while his mother has Jewish-American roots. When he was an infant, his father left them, and his mother moved with the children to Los Angeles, California. Initially, the musician was named in honor of his dad but was later re-named according to of Ashkenazi Jewish naming convention, which prohibits children from being named after living people. He later took on the surname Adler from his mother's marriage to Melvin Adler.

Steven has an elder brother named Kenny, and a younger half-brother, Jamie. He lived with his mother and the siblings until he turned 13 – then Adler was sent to his grandparents, to Hollywood as a punishment for his bad behavior.

Speaking about Steven Adler's education, he studied at Bancroft Junior High School. There he met Saul Hudson, later known as Slash. They got acquainted when Steven got injured while skateboarding and Saul helped him. Eventually, the two became close friends. Later Adler was sent to his mother's again. That time he became interested in music, learned to play drums.

In 1983 Steven decided to take part in an audition for Sunset Strip staple London. Adler failed it but didn't give up. So, he, alongside Slash, created the band Road Crew, named after the song '(We Are) The Road Crew.' Shortly after Duff McKagan, a bassist, joined them. They started working on musical projects. The following year, the group disbanded for some reasons – so, they failed to find a good vocalist. Besides, Adler showed laziness and unwillingness to work.

Then Adler became a member of Hollywood Rose – he played there alongside singer Axl Rose and guitarist Izzy Stradlin.

In summer 1985, Steven Adler became a member of already existing band Guns N' Roses which consisted of Axl Rose, Izzy Stradlin, L.A. Guns Tracii Guns, Ole Beich and Rob Gardner. The group was often invited to perform at night clubs, such as the Whisky a Go Go, The Roxy, and The Troubadour. It helped them be noted by professionals – as a result, in 1986 the band was signed to Geffen Records.

July 1987 was marked by Guns N' Roses' debut album entitled 'Appetite for Destruction.' As of today, its sells' level is evaluated at 28 million copies worldwide (18 million in the USA). So, the collection was named the best-selling debut album in the USA.

In December of the same year, the incident occurred – while performing alongside Alice Cooper, Adler broke his hand after punching a streetlight after a barroom brawl. It made the musician miss several concerts – he was replaced by drummer Fred Coury Cinderella. In 1988, Guns N' Roses pleased their fans by releasing 'G N' R Lies' – it sold more than five million copies domestically. The collection consisted of only eight songs, 4 of them were the part of the previously released EP 'Live ?!*@ Like a Suicide.'

In 1989 the band attended the American Music Awards – Adler was absent. Don Henley replaced him on drums. Initially, Steven's absence was explained by the flu. However, later the news became known that the musician had been in a drug rehabilitation program at the time.

In 1990, Guns N' Roses' member Axl Rose declared he would leave the band if individual members of the band didn't stop using heroin. Steven promised to cure his addiction.

So, that year he was briefly fired from the group. He signed a contract where he vowed to stop using drugs. That time Guns N' Roses were working on their song 'Civil War' – and Adler was not even able to play. In his future admissions, the musician said he had tried playing for more than 30 times and failed. It was not the only time Adler bothered the band's work – and he was officially fired on July 11, 1990. His final show with the band was held on April 7 at Farm Aid IV.

Then the musician decided to reform Road Crew with a new line-up, consisting of former Vain members singer Davy Vain, guitarist Jamie Scott, and bassist Ashley Mitchell, along with guitarist Shawn Rorie. They've recorded an album and have been noted by a major label. However, because of Adler's addiction, the group disbanded.

In 1991 Steven Adler accused his former colleagues from Guns N' Roses of firing him 'for nothing.' According to him, the opiate-blocking drug he had been taking to aid his detox interfered with his concentration. In 1995 the musician got arrested for heroin possession.

The next year, Steven had a stroke and was briefly comatose after taking a particularly potent speedball—a cocktail of heroin and cocaine used intravenously—which caused temporary paralysis of the left side of his face, resulting in a speech impediment. In 1997 he was accused of domestic violence in relation to a woman he lived with. Subsequently, he got a 4-year prison sentence, 3-year probation, and was sentenced to mandatory drug counseling.

In 1998 Adler was invited to join BulletBoys. The group embarked on a tour alongside Faster Pussycat, Bang Tango and Enuff Z'Nuff in summer. However, the musician left the band in September.

In 2003 Steven Adler created the band Suki Jones which was later re-named to Adler's Appetite. His colleagues were singer Jizzy Pearl, guitarist Brent Muscat, and bassist Robbie Crane. In 2003 and 2004, the group toured the country. Their most memorable performance was held at The Arcada Theatre Building.

2008 was marked by Steven Adler's participation in the reality TV show Celebrity Rehab with Dr. Drew. The show's medical expert Dr. Drew Pinsky said Adler had to visit a psychiatric hospital for two weeks before entering rehab. Besides, Adler starred in the Celebrity Rehab spin-off Sober House. However, in July, while show's shooting, Adler expressed fierce aggression towards his cast mates and was deleted. Before, Adler had also appeared on The Howard Stern Show.

In 2010 the singer collaborated with his former mate Slash – they recorded the latter's self-titled debut solo album, which was released in April. Also, Adler took part in the recording of the song 'Baby Can't Drive' alongside Red Hot Chili Peppers's bassist Flea, Alice Cooper, and Nicole Scherzinger.

The same year, he created his current band entitled Adler alongside guitarist Lonny Paul, Jacob Bunton, and Johnny Martin. Their debut album was named Back from the Dead. On April 10, 2012, the band published the track 'The One That You Hated.'

Also, in 2012, Steven Adler was inducted into the Rock and Roll Hall of Fame as a member of the classic lineup of Guns N' Roses.

In 2016 the singer underwent back surgery.

Steven Adler’s net worth is evaluated at $15 million.

In 2002 Steven Adler married his second wife Carolina Ferreira, a model from Argentina. Before, the musician had been romantically linked with Adriana Smith.

By his name, Steven Adler is frequently mistaken for Steve Adler, the Mayor of Austin, Texas and Chris Adler, famous drummer.