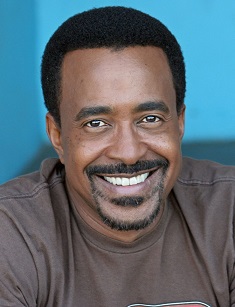 Timothy Meadows is a famous American actor and comedian and one of the longest-running cast members on Saturday Night Live, where he worked for ten seasons. His contribution to the world of cinema and show-business is huge – let’s know more about the celebrity!

Tim Meadows was born on February 5, 1961, in Highland Park, Michigan, United States of America to the family of Lathon Meadows, a janitor, and Mardell Meadows, a nurse's assistant. They Had an extended family of 5 children.

In his childhood, Tim liked comics. He had idols - Bill Cosby and Richard Pryor. He lived in Detroit – his parents moved there soon after his birth.

Tim had his infancy on a tumultuous era. There was a growing voice of opposition to the war in Vietnam; the streets were crowded by protesters. His family had to struggle with their day to day existence.

Trying to escape from reality, Meadows became interested in comedy and theater.

Speaking about his education, Tim studied at Pershing High School in Detroit. To earn a living, young Meadows worked in a liquor store in the evening hours and observed the late-night customers asking for Courvoisier. Eventually, he created a character called Leon Phelps taking a cue from these late-night Courvoisier-drinking people in his talk show titled The Ladies Man.

At the beginning of his career, Tim Meadows performed improvisational comedy at the Soup Kitchen Saloon, appeared in various commercials. Having moved to Chicago in 1986, Meadows got acquainted with Second City, a prime improvisational comedy troupe. There he met future star comedian and fellow actor Chris Farley – they became close friends subsequently. Totally, Meadows worked with Second City for five years and managed to gather lots of fans.

In 1992 Tim was invited to star on the most famous American television comedy show Saturday Night Live. There he co-starred with Chris Farley. Meadows worked in the show for ten seasons until 2000 establishing a record for the longest tenure on the show. Remarkably, Tim was the only African American in the cast.

In 2000 Meadows left the show and appeared in the picture The Ladies Man. His most popular character of Leon Phelps portrayed at SNL, was adapted into this film. However, the movie didn't bring as positive reviews as it was expected. Besides, he got the role in the television show The Michael Richards Show. It was later closed.

In 2014, Meadows worked alongside Casey Wilson, and Ken Marino in the short-lived NBC sitcom Marry Me. Alongside Dan Bucatinsky, they played "The Kevins", the gay dads of Annie (played by Wilson) who are both named Kevin. In 2013 Meadows started playing a recurring role on the ABC sitcom The Goldbergs. His character was Mr. Glascott, the high school's parrot-owning guidance counselor. In 2016, Tim Meadows started appearing in the FOX live-action/animation hybrid Son of Zorn opposite Cheryl Hines and Jason Sudeikis. He also had a recurring role in Brooklyn Nine-Nine as Jake Peralta's prison roommate.

Meadows continues to perform improv in Chicago and Los Angeles, most frequently at venues such as the ImprovOlympic and Upright Citizens Brigade Theatre. With Heather Anne Campbell and Miles Stroth, Meadows often performed in the improvised sketch show, Heather, Miles, and Tim in Los Angeles.

As a comedian, Tim Meadows has toured the country with stand-up performances. So, he started his 2010 tour in Atlanta, Ann Arbor.

Tim Meadows’ net worth is evaluated at $3 million.

Tim Meadows tied the knot with his long-time girlfriend Michelle Taylor on July 20, 1997. However, their relationship ended up in divorce in 2005. Tim and his wife have two children, Julian Meadows, and Isaiah Crosby Meadows.