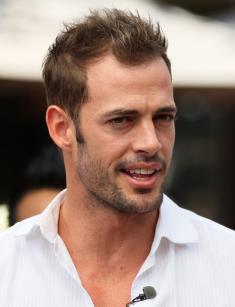 William Levy is an American actor and model from Cuba. He is mostly known for playing the lead characters in the TV shows Mi vida eres tú, Olvidarte jamás, Sortilegio and El Camion de Joe.

Where else did William Levy star? Let’s know!

William Levy (real name is William Levy Gutiérrez) was given birth on August 29, 1980, in Cojimar, Havana, Cuba. He passed his childhood in a nonreligious household living with his mom, Barbara. Having graduated from high school, Levy entered St. Thomas University to study administration in business. However, he didn’t complete his degree and dropped out of college to focus on acting career.

Young William Levy began his way to success working as a model and appearing in commercials of Kirkland Minoxidil, Pepsi, etc. He was signed to Next Models agency in 2003.

The same year, he appeared in several reality TV shows - Protagonistas de Novela 2 and Isla de la Tentación. In 2005, Levy performed in La Nena Tiene Tumbao which took place at the Centro de Bellas Artes of San Juan. The next year was marked by Levy's acting debut – he appeared on Univision's Olvidarte Jamás. Besides, he was invited to show Mi Vida Eres Tu that year.

In 2007, fans could see Levy starring as a protagonist in the TV series Acorralada. Also, he was a supporting actor for the series Pasión. The next year brought William a role in Cuidado con el ángel. Interestingly, the character of the animated movie Planet 51 (version in Spanish) was given William’s voice. Besides, he was featured in the show Sortilegio – he acted as Alejandro Lombardo.

From November 2009 to February 2010, William Levy toured a number of Mexican cities with his play Un Amante a la Medida. Shortly after, Levy worked in the Mexican telenovela named Triunfo del Amor. He succeeded to appear in the music video of Jennifer Lopez's ‘I'm Into You.’ 2013 was marked by his role on the series La Tempestad. The following year, the actor appeared in The Single Moms Club and Addicted (where he co-starred alongside Kat Graham). Also, he succeeded to play in two more movies, Term Life and Resident Evil: The Final Chapter in 2016. Currently, Levy is appearing on the television series El Camion de Joe.

He also acted as protagonist - Warrior - in the Brent Ryan Green’s movie The Veil (2017). In 2018, he began acting as Mateo Ferrera in the Fox musical drama series Star. That time he also was invited to Kris Jenner Show.

William Levy’s net worth is evaluated at $18 million.

Dancing With The Stars

William Levy took part in ABC's Dancing With The Stars. He was teamed with experienced champion Cheryl Burke for season 14.

In 2003 William Levy became romantically linked with Mexican-American star Elizabeth Gutiérrez. Although she has not been Levy’s official wife, the two have welcomed two kids – son Christopher Alexander and daughter Kailey Alexandra. However, Levy and Gutiérrez eventually parted ways. The actor is a good, responsible, caring father. On July 11, 2009, William Levy changed his faith to Catholicism.

As an adult, William changed his real name. He was inspired to re-name himself from his parents’ friend who helped the family get out of Cuba while William’s mother was still pregnant. Levy is his mother’s Jewish last name.

For his popularity, William Levy has been dubbed the Latino Brad Pitt, he said he is his own man. However, he said "I am who I am, you don't like being compared to people that much."