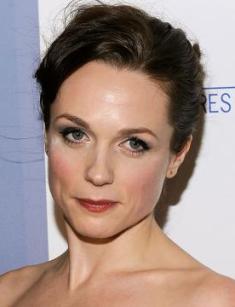 Kerry Condon is a famous actress who rose to prominence starring in American TV shows. In 2009, she won the Drama Desk Award for Outstanding Ensemble Performance.

Kerry Condon was born on January 4, 1983, in County Tipperary, Ireland. Her life poses more questions than answers because the actress prefers not to tell about her family, as well as about her personal life.

It is known that Kerry's parents are Irish, and the girl spent her childhood on her father’s farm. The man was fond of horses, taught his daughter to ride a horse, and instilled a love for these animals. Kerry says that she was modest and shy in childhood. She often performed with her friends at home. Condon’s other school hobby was swimming. She even participated in competitions in high school.

When she turned 16 years old, Kerry left her home to pursue an acting career. Condon attended the Dublin Theatre Arts School. As a student, she made her television debut in 1999, appearing in the TV series Ballykissangel.

When Kerry was 19 years old, she took part in Steven Charles Pimlott’s production of Hamlet, which was successfully staged at the Royal Shakespeare Company. Condon became the youngest actress who performed the role of Ophelia. Later, she was involved in Wilson Milam’s The Lieutenant of Inishmore and Martin McDonagh’s The Cripple of Inishmaan.

Kerry made her feature film debut in the 1999 movie Angela's Ashes. In 2001, director Goran Paskaljević offered her one of the leading roles in his film How Harry Became a Tree. After this movie, Kerry moved to America and settled in New York City.

In 2003, she played the role of Kate Kelly in the film Ned Kelly, directed by Gregor Jordan and based on the novel “Our Sunshine” by Robert Drewe. Condon’s partners on the set were Orlando Bloom, Heath Ledger, and Naomi Watts. The romantic drama was a smashing success and grossed $6.6 million in the USA. After this role, American directors noticed Kerry.

In 2005, she appeared in the film Unleashed, alongside Bob Hoskins, Morgan Freeman, and Jet Li. The actress talentedly portrayed the foster daughter of a blind musical instrument tuner. The same year, Kerry brilliantly played Octavia in the TV series Rome.

Since then Kerry has appeared in TV shows more often than in full-length films. In 2013, Condon played in the fourth season of the post-apocalyptic TV series The Walking Dead, in which she performed the role of Clara.

In 2015, another series with Condon, Better Call Saul, was a success. She portrayed the daughter-in-law of the protagonist, who had electromagnetic hypersensitivity. The premiere received an overall viewership of 6.9 million, while 4.4 million people watched the whole series.

The same year, the film Avengers: Age of Ultron was released. The fantasy thriller is based on the favorite comics of the same name published by Marvel Comics. The breathtaking story shows humanity that is on the verge of destruction. The artificial intelligence, which was created earlier to protect the Earth, now jeopardizes the people’s lives.

Kerry did not appear on the screen but voiced F.R.I.D.A.Y., an artificial intelligence. She was invited to this project mainly thanks to her Irish accent. In 2016, she voiced the same character in the film Captain America: Civil War.

The actress prefers not to talk about her personal life. According to foreign media reports, Kerry Condon is single; she has never been married and has no children. The only interview in which she mentioned her boyfriend was published on Independent.IE in 2012.

So, fans have learned that Kerry has a boyfriend, who is not connected with the film industry. The woman says that it’s better to have only one movie addict person in their relationship, and the second partner can take care of him. Condon also said that she would not date a partner on the set. The actress did not tell either the name or other information about the man.

Kerry knows how to keep private life a secret, despite growing popularity and fame. The woman does not have Instagram or Facebook pages. Rumors have it that reserved Condon was noticed together with a man in one of the small clubs in New York City.

According to eyewitnesses, the lovers embraced, kissed, and did not notice anything. After that, several articles appeared on the Internet claiming that the actress was engaged and preparing for the wedding. However, neither the photo nor any other evidence of this fact has been made public yet.

The woman officially lives alone in Los Angeles with two adopted street dogs. Despite her popularity and a busy schedule, Kerry attaches great importance to spiritual life. She is a religious Christian. She goes to the swimming pool in her free time.

The actress continues to film. In 2017, Kerry appeared in the drama Three Billboards Outside Ebbing, Missouri. The film was nominated for the Academy Award but lost to the movie The Shape of Water.

In 2018, Dean Devlin’s horror film Bad Samaritan was released, in which Kerry played the leading role of Katie, a hostage of a wealthy businessman.

Nowadays, Kerry Condon has a net worth of $2 million.