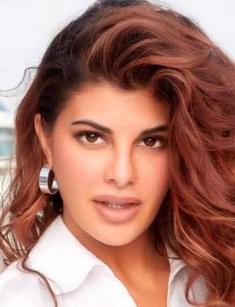 The Indian and Sri Lankan actress, model, who became the winner of Miss Sri Lanka beauty pageant in 2006 and took part in the Miss Universe contest the same year, Jacqueline Fernandez, has made a career in cinematography. She is a recognized Bollywood star whose popularity is increasing quickly.

The future artist was born in August of 1985 in the capital of the Kingdom of Bahrain, Manama, which is cozily situated in the warm Persian Gulf. Jacqueline Fernandez has mixed nationality. Her father relocated to Bahrain from Sri Lanka, as he was trying to survive in a civil standoff between Sinhalese and Tamils, and her mother is from Malaysia. By her mother's line, the actress has an Indian background.

There is no information about the profession of Jacqueline 's father, and her mother worked as a stewardess. They created a strong and united family in which they gave birth to four children - two girls and two boys correspondently. The actress is the youngest one among the children of the Fernandez family.

Already at the age of fourteen, the beautiful young girl with bright appearance was noticed by the agents of the modeling agency and TV workers, that's why Jacqueline made her first steps in her career in youth. She appeared on the TV screens in various shows, then she left her rivals behind in the beauty pageant for the title of Sri Lanka 's most beautiful girl. After she had won the title, she went to Los Angeles to achieve a victory. Here the beautiful girls from all the continents competed for the crown of Miss Universe.

Fernandez received her education in Australia, where she successfully graduated from Sydney University. The knowledge in the sphere of mass communications turned out to be useful: Jacqueline got a job as a reporter on one of Sri Lankan TV channels.

Being aware of the fact, that she would need the knowledge of foreign languages for the development of career and work on the television, the girl chose the courses of Berlitz international corporation, which is the world leader in the educational sphere. After Jacqueline Fernandez had graduated, she began to speak Spanish, French, and Arabic.

The girl began to have a dream of becoming a Hollywood star since her early youth. The girl mastered the basics of the acting profession at Indian John School of Acting, which was headed by the theater director Barry John, and in advertising as well. She was regularly invited to appear in the commercials.

Fernandez started her cinematic biography with the fantasy movie Aladdin, where she performed the role of the heroine called Jasmine. By the intention of the director, the character of Fernandez, was talking in Indoarian Hindi, this language which the actress didn’t know. This fact didn’t prevent the actress from receiving the role, though the character of Jasmine was voiced over by Mona Ghosh Shetty. The movie turned out to be a failure in the hire, but the movie critics appreciated Jacqueline's acting. For her excellent acting, the debutante received the prestigious Indian IIFA Awards.

In a year, in 2010, there came out the melodrama Where is she from? The movie received controversial feedback, but it helped the actress to master her acting skills. But in 2011 Jacqueline Fernandez first tasted the fame, which she received due to the movie Murder. The hot brunette acted in a duet with Emraan Hashmi. The movie collected a generous box-office in the hire and brought popularity to the actress, opening her the way to Indian cinematography.

In 2013, there was premiered the thriller Race-2, the sequel to the 2008 movie directed by Burmavall brothers, to which the directors invited the best Bollywood artists: Saif Ali Khan, John Abraham, Deepika Padukone, and Anil Kapoor. The gripping movie received approval from the audience and movie criticsand was successful in the hire. Fernandez received the bright secondary role. Her character is a mysterious, beautiful woman Omisha brought her a lot of new admirers.

The star impressed her fans greatly with her role in the melodrama Drive (another title is Kick), which was released in 2014 in which she played in a duet with Salman Khan.

In 2015, the Bollywood actress enriched her filmography with four movies, two of which turned out to be the most discussed. In the action movie under the title Roy, Jacqueline Fernandez played the double role – of the sisters Ayesha and Tia. The project turned out to be a failure and didn’t pay off the costs of the shootings. Critics and audience didn’t like the movie though they had no claims to the actress’s acting.

Fernandez compensated her failure with the success of the dramatic sports movie Brothers, in which the actors Akshay Kumar and Sidharth Malhotra played the roles of MMA fighters, of Fernandez's brothers. Jacqueline played the role of the wife of Kumar 's character. Later she told the journalists that the part was quite difficult for her; it was significantly different from her previous "glamorous" characters.

In 2017, the star delighted her admirers with the works in the movies A Gentleman and Judwaa 2. The last of the projects is a sequel. In the original movie, the role which Jacqueline received in the sequel was performed by Karishma Kapoor. But the sequel with the Jacqueline became successful as well and delighted the creators with the box-office. The rival of the character of Fernandez - Alishki - was performed by Taapsee Pannu.

In 2018, there were released two more sequels, which were met by the public with the restraint. It is a gripping movie Baaghi 2 and a thriller Race-3, shot by the Burmavall brothers. In the movie Race, the actress performed the role of the beloved girlfriend of the main character, for whom the revenge to his stepfather overshadowed his mind. The thriller paid off in the hire and even brought generous box-office to the directors. However, the movie critics wrote savage reviews on the project.

The actress and model also gains additional popularity due to her participation in the commercials. In one of them ("The Secret To My Stability"), she appeared together with Hrithik Roshan. The video in the style of blockbuster Mr. and Mrs. Smith has collected millions of views.

Millions of fans observe what’s going on in the personal life of the actress. Jacqueline doesn't have a husband and children at present. Her love affair with Prince of Bahrain, which began in 2008, was discussed in the tabloids and social networks. But in 2011, the couple suddenly separated.

The beautiful woman didn’t stay alone for a long time: the same year she got acquainted with the director Sajid Khan on the movie set of Full House. Their relations lasted till May 2013, but it didn’t result in the marriage.

Jacqueline Fernandez dedicates a lot of time to charity; she likes animals. In 2014, the Indian branch of PETA called the actress Woman Of The Year: she never tires to promote the humane treatment of animals and donates vast sums of money for their protection.

The star has an Instagram account, where you can easily find her photos without make-up and in a swimsuit as well. Her figure (having the height of 1.63 m Jacqueline weighs 57 kilos) allows her to pose in revealing outfits with a frank cleavage, in closed Indian sari, tights or shorts in the gym. Tens of millions of admirers want to watch celebrity in the social network, what can be seen from the number of her subscribers on Instagram, Twitter, and Facebook.

The premiere of the sequel Drive-3 is set for 2019. In this movie, the actress played together with the actor Sushant Singh Rajput. Two more movies in English will come out with the participation of the actress, at present, the final stage of the shootings is taking place.

In April of 2019, Jacqueline Fernandez’s admired her new photo session in Brides Today magazine. The talented actress also delights the admirers with her frequent appearance at public events. In spring, she was noticed behind the scenes of Broadway Nederlander Theatre together with her friends Priyanka Chopra and Orphe.

What about the net worth of the actress, at present, it's estimated at $ 9 million.