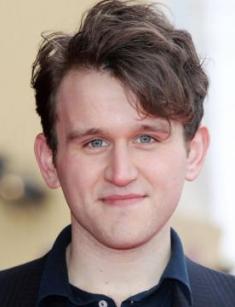 Harry Melling is a popular British actor who earned much fame thanks to the role of Dudley Dursley in the Harry Potter movie series.

Harry Edward Melling was born on March 14, 1989, in London into a family of painters. The boy’s grandfather was the actor Patrick Troughton, known as the Second Doctor in the iconic series Doctor Who. Besides, Harry’s two uncles and a cousin are actors.

The child was fond of performing; he created little plays for his parents and brother Jack at the age of four. Energetic and lively, Harry liked to sing and dance, too.

15-year-old Melling used the money he had earned thanks to Harry Potter projects to pay for his education in the prestigious boarding Mill Hill School. Denis Thatcher, who used to be married to the 71st Prime Minister of Great Britain Margaret Thatcher, finished this school at his time. Further on, the young actor continued his studies at the London Academy of Music and Dramatic Art. He also joined the National Youth Theatre founded in 1956; many celebrities came from there: the actors Daniel Craig, Colin Firth, Ben Kingsley, Kate Winslet, and the musicians Sophie Ellis-Bextor and Ed Sheeran.

Harry began his acting career with the role of Dudley Dursley, Harry Potter’s (Daniel Radcliffe) cousin. The ten-year-old boy received the part when his mother sent his pictures to the casting directors; Melling met everybody’s expectations and portraited the selfish and cocky school student splendidly. Thus, the whole world recognized his talent.

The young man played a muggle – a person without magic – in the Harry Potter movies. Ironically, one of his further characters was a magician: Melling participated in the popular British series Merlin (“The Sorcerer's Shadow”) and personified Gilli. In 2011, the actor appeared as George Pinnock in the series Garrow’s Law based on the true story about the British lawyer William Garrow.

There was a period when the artist left the big screen; he worked on four short movies that passed by unnoticed and an episode of the series The Musketeers. Fortunately, things started improving: in 2016, Harry expanded his filmography with the full-length movie The Lost City of Z about the adventurer looking for the mysterious Inca capital in the Amazon rainforest in the 1920s.

However, the theater remains the priority for Melling: he preferred the West End theatre (the English analog of Broadway) to movies. In 2014, the young man debuted on the stage of the Brooklyn Academy of Music in King Lear; he personified Fool. Lauren O'Neil, Isabella Loland, and Max Bennett were his stage partners.

April 2014 was marked with the HighTide Festival and Melling’s debut as a playwright; he presented his first play Peddling directed by Steven Atkinson. The project was a success in non-Broadway stages in New York. 28-year-old Harry shared his emotions and said that he had fallen in love with a theater in his childhood, watching his uncle David perform on the stage of the Royal Shakespeare Theater; however, he was too young to create something on his own at that time.

In October 2009, the Internet was discussing the news about the actor’s weight loss; he changed so much that it was difficult to recognize him. Indeed, Melling had to wear some special makeup and a large costume with implants to make his figure look bigger.

“I was fat because I got bored easily, and when I was bored, I would eat. It was when I was playing this old fat dad, I realized I didn’t want to play those roles for the rest of my life. So, I started running; I suppose you could say it was a Forrest Gump moment, I just didn’t stop”, Harry told journalists.

Melling used to date the actress Catherine Drury. The couple lived in West London, where the actor bought an apartment; whether the young people are dating now is unknown.

Harry Melling can hardly be called an active social network user. New posts appear rarely; the majority of them deals with theater events. However, the artist’s few appearances on red carpets always ignite much interest, as it happened in February 2017, when The Lost City of Z was premiered.

Now, Harry works in one of London theaters and shoots for new projects; fans will have the opportunity to see their favorite in the thriller The Devil All the Time and the action The Old Guard soon.