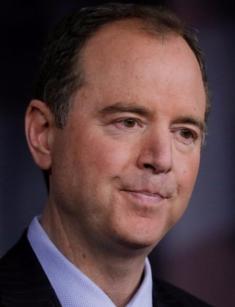 Adam Schiff is a politician and a member of the Democratic Party. He is next up for reelection in 2020. Adam has two children with his wife Eve. He is vegan and stands for the protection of the environment.

The politician was born in Framingham, Massachusetts. Adam was raised in a Jewish family. His mother was a Republican and his father was a Democrat. Despite their political differences, Schiff’s parents both actively supported him in his first run for political office. Adam Schiff’s mom, Sherrill Schiff, died in 2008 from complications of Alzheimer’s disease.

Adam moved to Danville, California and got an education at Monte Vista High School in 1978. In 1982, Schiff received a Bachelor of Arts in political science from Stanford University and in 1985, he got a Juris Doctor from Harvard Law School.

Schiff voted in favor of the 2003 invasion of Iraq. He has been a leading voice in Armenian-American issues; he said that he has over 70,000 Armenian-Americans in his district. He introduced U.S. House Resolution 106, recognizing the Armenian genocide, which was approved by the House Foreign Affairs Committee in October 2007.

Adam supported surveillance reforms, especially in the wake of the leaks of classified intelligence by Edward Snowden. In 2007, he and Rep. Jeff Flake offered a successful amendment in the House of Representatives to clarify that the Foreign Intelligence Surveillance Act is the exclusive means for collecting foreign intelligence information within the United States. He criticized the bulk collection of telephone metadata by the National Security Agency.

Adam commented on Trump–Russia collusion investigation in March 2017. He claimed there was more than circumstantial evidence that Donald Trump's campaign colluded with Russia. In April 2017, the politician appeared on CNN's State of the Union. In the interview, he and host Jake Tapper discussed Michael Flynn's request for immunity, Schiff's and Devin Nunes's separate inspections of White House documents, Trump's allegations of wiretapping in Trump Tower, and Nunes's apparent close association with the Trump White House. Tapper asked Schiff if there was evidence of Donald Trump–Russia collusion and Adam replied that he couldn't say anything definitively at this point. He added that they were at the very early stage of the investigation. Adam has an opinion that Donald Trump operates in his personal best interests. In March 2019, the nine Republican members of the House Intelligence Committee officially called for Schiff to resign due to his allegations that President Trump's campaign colluded with Russians in the 2016 election.

The politician is a supporter of Israel. He is in a list of US politicians who have dual US/Israeli citizenship.

After news reports that the CIA concluded that Saudi Crown Prince Mohammed bin Salman had ordered the assassination of Saudi journalist Jamal Khashoggi, Adam stated that Trump was dishonest saying there was insufficient CIA evidence to link bin Salman to the murder.

Adam is one of the lead investigators in the impeachment inquiry against Donald Trump. In December 2019, Schiff hired a former National Security Council aide who worked with alleged Ukraine whistleblower Eric Ciaramella at the NSC during the Obama and Trump administrations the day after the phone call between President Trump and Ukrainian President Volodymyr Zelensky. At a public impeachment hearing, Adam denied he knew the identity of the whistleblower.

In 1996, Adam Schiff was elected to represent the 21st District in the California State Senate. During his four year term, he served as chairman of the senate's judiciary committee.

In 2000, Adam Schiff was the Democratic nominee for the U.S. House of Representatives in California's 27th congressional district. In November 2000, Schiff defeated Republican incumbent James E. Rogan. He started serving his first term on January 3, 2001. Adam was reelected every two years from 2002 to 2018 and began serving his 10th term in Congress in January 2019.

In 2006, Schiff formed the bipartisan, bicameral Congressional Caucus for the Freedom of the Press to speak about press freedom around the world. The legislation required the United States Department of State to expand its scrutiny of news media intimidation and freedom of the press restrictions. Adam had success, and in May 2010, President Barack Obama signed into law the Daniel Pearl Freedom of the Press Act.

The politician and his wife Eve have two children. He has been married to Eve Schiff for 24 years. Adam wrote on his Twiter that they met on a tennis court in 1990. They were married five years later in 1995. He said that his wife is a talented tennis player. He names her a good role model because she does working out every day. Adam thinks there is nothing better to reduce stress and clear the head. Adam Schiff is Jewish, and his faith is an important part of his life.

Adam Schiff has participated in multiple endurance challenges, including triathlons and marathons. He was the only Congressman to take part in the inaugural Washington, D.C. triathlon in 2010. In 2014, he was the first member of Congress to participate in the AIDS/LifeCycle, a seven-day charity bike ride from San Francisco to Los Angeles. Speaking of his diet, Adam is vegan.

It was also reported in 2018 that Schiff has been writing screenplays on the side for years, including a murder mystery, a post-Holocaust story, and a spy drama.

The politician has an Instagram account with almost 90,000 followers. He shares posts about his political life and sometimes posts photos of his relatives. In March 2019, he shared a photo of his dad and brother celebrating their dad’s birthday, who is 91 years old.

The politician has an estimated net worth of $2 million. The bobbleheads of the politician can be bought on the Internet.

Many people are interested if Congressman Adam Schiff has a condition with his eyes because his eyeballs seem enlarged most of the time. There is information that the configuration of Adam Schiff's eyes is due to a hyper-adrenaline state. On the Internet, many people noted that Adam looks like Andy Kaufman, an American entertainer, actor and writer, doing an impression of Adam Schiff. There are also discussions that Adam Schiff looks like Barney Fife, a fictional character in the American television program The Andy Griffith Show, portrayed by comic actor Don Knotts.

There is a doctor with the same name as the politician, Dr. Adam Schiff, MD who is an orthopedic surgery specialist in Maywood, IL.

Speaking of the approval rating, Adam Schiff is the 27th most popular Democrat and the 40th most famous.

Among the accomplishments of Schiff, there are many changes that he had made. He stood for a broader strategy that emphasizes diplomacy and intelligence reform. Adam also has made a lot in improving public safety. Schiff is the author of the Rim of the Valley Corridor Study Act. He thinks that science is one of the most important fields that has to be developed and discussed.