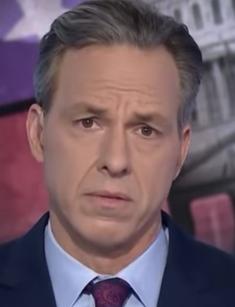 He is a skilled American journalist and a writer. For his prolific career, he wrote numerous articles for prestigious journals, worked as a columnist, and as a correspondent at White house. He covered significant social and political events and moderated one of the most-watched Republican debates on television. He has become a journalistic icon and a champion of truth for many people. The journalist achieved such an impressive success thanks to his values – truth, transparency, kindness, and honesty. He prefers to stay neutral and to be skeptical. In interviews, the journalist considers that sometimes it is much more important to ask a question than to hear an answer.

He was born into a Jewish family in New York. All his childhood, the boy spent in Pennsylvania. His mother worked as a psychiatric nurse in a state veterans medical center. His father received an education at Harvard. He achieved a high position in a medical college where he worked as a clinical professor. In 1977 his parents divorced.

Tapper didn't take a traditional path to a journalism career. After graduation, he served as a Press Secretary of Marjorie Margolies-Mezvinsky. When she was caught up in a criminal scandal, Jake worked for public relations firm and briefly for Handgun Control, Inc. Then the young man tried himself as a freelance writer. After five years of graduation, he finally focused thoroughly on a journalism career. He had worked for a city paper for two years, where Tapper wrote the article about going on a date with Monica Lewinsky. That article provided a list of political scandals. Tapper's work was highly appreciated. He won an award from the society of professional journalists. From 1999 to 2002, the writer became a correspondent for the political website. He had written many articles for prominent publications. He also was a columnist for TALK Magazine.

In 2003 the journalist began working on ABC covering a diversity of topics. Several years later, he became senior correspondent working at White House. He took interviews with presidents of the USA and presidential candidates. He anchored "This Week" and "Good Morning America."

In 2012 the journalist joined the staff of the channel. He began anchoring the weekday program and also worked as a chief correspondent. In 2013 his show won three awards. In 2015 he hosted a political show "State of the Union," where Jake challenged politicians. He challenged Bernie Sanders to release his tax returns. He also moderated two debates. Twelve million people watched his political Republican debate in Miami that made this program the most-watched one in the history of the channel. In 2020 he also took the interview with several presidential candidates, among them Deval Patrick and Pete Buttigieg. The journalist also challenged Jim Jordan.

He also hosts the weeknight program "The Lead." The demanded journalist's annual salary is $4 million. Meanwhile, his net worth is estimated at $10 million.

Despite widespread recognition, Jake has not only admirers. A lot of journalists don't appreciate his professional activity. The editor of the prominent publication, Nick Gillespie, said he “is the only person who, when I see him on TV, I stop to listen no matter what." Ben Shapiro called Townhall moderated by Tapper "show trial on behalf of full gun bans."

The journalist is a married man who resides with his family in Washington. His wife, Marie Brown, gave birth to their two children. He practices Judaism. The journalist has got an account on Twitter. His 11-years-old daughter probably will follow her father's steps. She is interested in writing too. Thus in 2019, she wrote a children's book encouraging girls to speak up and to raise hands in class. The journalist and his daughter appeared on the show of Ellen DeGeneres.

The journalist's photograph was shown on the game show "Jeopardy." The contestants were seriously puzzled to identify him.

As a prominent broadcast journalist, Jake received several prestigious accolades. Thus he has got three prestigious awards, which were given by an organization of journalists. His professionalism in Political Journalism was acclaimed by Walter Cronkite Award, a school of journalism in Arizona. The critics underlined Jake's fearless advocacy for the truth and relentless interviewing style. In 2018 he received a prize on the annual ceremony of veterans' academy, who recognized his coverage of veterans" issue.