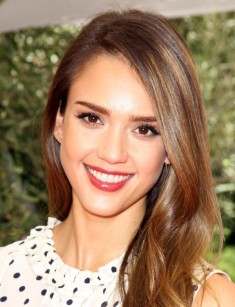 Jessica Alba is a Hollywood actress. The girl starred in such films as "Sin City", "The Eye", "Fantastic Four" and the series "The Dark Angel". In total, the actress participated in 44 projects. Today, Jessica Alba pays more attention to business and charity than to her acting career.

The California girl Jessica Alba was born on April 28, 1981. Jessica has Mexican, Danish, French, and Canadian ancestry. The father served in the US Air Force, so the family changed one house after another, being in a position of "nomads". But finally, they returned to their native sunny state.

Jessica Alba had a poor health in childhood. The girl suffered from pneumonia 3-4 times a year as well as from partially collapsed lungs, tonsillar cyst and a symptom of obsessions. With such diseases in childhood, Jessica almost never got out of hospitals. Because of this fact, the girl didn’t get well with other children, who did not have time to communicate with little Jessica.

When she was 5 years old, Jessica Alba realized that she wanted to play in the movies. At the age of 12, the girl attended acting lessons at the theater studio. The girl was talented. A year later, Jessica signed a contract with the agent.

The young actress made her debut in the film “Camp Nowhere”. Jessica was 13 years old. The girl showed herself as a talented actress and starred 2 months instead of 2 weeks, as Jessica played her role longer than expected. At the same time, Alba appeared in the advertising campaign.

The beginning actress became popular. She appeared in several amusing episodes of the series on a teenage channel. Since then, Jessica starred in series. Until 1999, the actress was shot mostly in episodes. Jessica Alba played the role of Maya in the TV series "Flipper" for two seasons. The first notable work of the actress in Hollywood was the comedy "Never Been Kissed" with Drew Barrymore in the title role.

The actress visited the casting of James Cameron. About 1000 girls were auditioned for the role of super-soldier Max Guevara in the television project "The Dark Angel." Jessica Alba won other girls. After the release of the series, Alba became famous. The role brought the actress a prestigious Teen Choice Award and a nomination for the "Saturn" and "Golden Globe" awards.

Jessica Alba appeared on the covers of magazines. The actress is still in the world tops of the most famous celebrities. In 2001, Jessica won the first place in the "Hot 100", according to “Maxim” magazine. In 2005, "People" included the name of the actress in the list of the most beautiful people on the planet. Alba has model parameters (height 169 cm, weight 54 kg).

There was a scandal when Jessica’s photos were published in "Playboy" without her. Alba even filed a complaint in the court but soon changed her mind. Hugh Hefner apologized before the actress and donated a large sum of money to charity under the patronage of Jessica Alba.

The most memorable roles for the actress were in the films "Honey", "Sin City" and "Fantastic Four."

In 2005, Alba played the main role in the thriller "Into the Blue." The actress starred along with Paul Walker.

In 2008, Jessica Alba played in the controversial version of the Hong Kong horror "The Eye". The film got different opinions of critics. As for Jessica, critics also did not come to a common opinion. Alba won the Teen Choice Award for Best Actress and the "Golden Raspberry" at the same time. Another "raspberry" the actress got in the same year for the comedy "The Love Guru".

In 2010, Jessica Alba played a prostitute in the movie "The Killer Inside Me". Soon, Jessica's fans saw her in the romantic comedy "Valentine's Day". In the movie about the Mexican killer "Machete", she played U.S. Immigration and Customs Enforcement agent. And in the film "An Invisible Sign", she appeared in the role of a teacher of mathematics.

In 2014, Jessica returned to the role of Nancy in the screen version of the novel "Sin City: A Dame to Kill For".

In 2014, the actress appeared in the lead role in the comic thriller "Stretch," and in 2015, Alba played the main role in another action movie "Barely Lethal."

Jessica is not only a successful actress but also a successful entrepreneur. In 2011, Jessica Alba became the founder of The Honest Company, which produces non-toxic products. In 2014, the company's profit was more than $ 1 billion.

The actress also interested in the political life of her native country. In 2008, the face of Jessica Alba could be seen on propaganda posters in favor of the presidential candidate Barack Obama. In the photo, Jessica Alba was wrapped in and gagged with a black tape.

The media called the photo shocking. Alba herself only shrugged her shoulders, because the actress is sure that "shock" is needed to attract attention. Jessica believes that young people should be more conscious, energetic when it comes to politics and the choice of the head of state.

Jessica Alba participates in charity projects and helps foundations. Jessica is concerned about the education of children in Africa. She is a participant in the National Center for Missing and Exploited Children.

Jessica Alba grew up in a Catholic family but at the age of 15, the girl left the church. She felt she was being judged for her appearance. Today, Jessica's position on religion is very clear. Alba believes in God but does not consider the Bible a universal guide in life. The church made the girl be ashamed of her own body. When Jessica starred in the episode of the series "Chicago Hope", her friends reacted negatively.

The first husband of Jessica Alba was the actor Michael Weatherly. The actors together starred in the film "The Dark Angel". Michael was 12 years older than the actress. And the press often discussed this fact. Alba assured the media that she did not care about their age difference. However, the actress and Michael Weatherly broke up.

In 2004, Jessica met her second husband on the set of "Fantastic Four". It was Cash Warren. A month after their marriage, the couple’s daughter, Honor Marie Warren, was born. Alba always dreamed of a big friendly family. In 2011, the second daughter, Haven Garner Warren, was born.

In July 2017, Jessica Alba reported that she was pregnant. The Hollywood star will give birth to her child in early 2018.

In August 2016, the thriller "Mechanic: Resurrection" was released, in which Jessica Alba played the main female role.

In September 2016, the press reported that Jessica had begun negotiations to sell The Honest Company. The media suggests that the buyer of the business will be the British-Netherlands Corporation "Unilever". According to the rumors, Jessica Alba asks one billion dollars for the company.

In 2017, Jessica Alba showed herself more as a businesswoman and fashion model than as an actress. The woman continued to develop The Honest Company, devoting most of her free time to her business.

In April 2017, Alba appeared in the glossy magazine "Harper's Bazaar Mexico", where she acted as a style icon, showing restrained and elegant images created by Balmain, Nina Ricci, Valentino. In May, Jessica appeared in the photo-shoot for ELLE magazine. 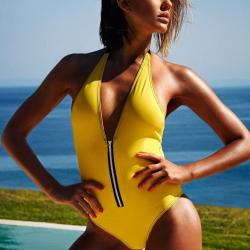