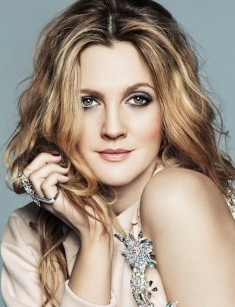 Drew Barrymore is called an "angel and demon". By the age of 15, the talented girl fell to the bottom and then flew to the top of glory.

The future star was born on February 22, 1975, in America. Drew belongs to an old acting dynasty, which originates from great-grandfather Maurice Barrymore. Her father, mother, and grandfather were also actors. But Drew's father liked to drink, so her mother left the husband before her daughter was born. She divorced him later. Steven Spielberg and Sophia Loren baptized the future actress. Drew could hardly choose another profession with such parents and godparents. Her creative biography was predetermined.

Drew Barrymore spent her childhood in an arty atmosphere, the girl often went with her mother to social parties in Los Angeles. Later, Drew recalled that instead of dolls she had empty bottles of alcohol, and communication with children was replaced by her mother's friends.

When Drew Barrymore grew up she tried to compensate the lack of toys in childhood. The girl loved everything that was connected with zebras: striped clothes, funny animal toys, trips to the zoo. But it was after 15 years, and before Drew was a "lost girl". At the age of nine, Drew already knew the taste of alcohol, she tried marijuana at age 10, and she was addicted to cocaine at age 12. Barrymore got twice to the hospital at the age of 14, and she was treated for drug addiction there. The teenage girl had several suicide attempts. Drew managed to get rid of the abuse.

At the age of 15, Drew Barrymore felt self-confident. She refused from her mother’s help and managed to write and publish memoirs. Then the life of the actress changed dramatically for the better.

For the first time, Drew Barrymore appeared on the cameras when she was 11 months. It was the dog food commercial. One of the dogs bit the girl, but she laughed instead of crying, surprising the producers. Drew appeared in the movie An Unexpected Love at the age of 2, and she starred in the movie Bogie at age 5. At the age of 7, Barrymore participated in the audition for a role in E.T. the Extra-Terrestrial and she fascinated Spielberg with her serious thoughts. The film turned out to be a box office success, and Drew Barrymore became the pride of the Americans. The directors swamped the teenager with offers.

However, next films could not repeat the success of the E.T. the Extra-Terrestrial. There were also successful works during that period. Barrymore was nominated for the Golden Globe for the film Irreconcilable Differences, although the actress was not yet 18 years old.

The movie Babes in Toyland was released in 1986, where a low actress with a charming smile (Barrymore’s height was 163 cm, the weight was 53 kg) played a fey girl Lisa. After this role, the girl woke up as a superstar. Then there was a series of teenage roles that did not satisfy the actress. Drew did not control herself on the set, she argued with the actors and the crew. As a result, the girl was offered shooting less often. Drew came to her senses and stopped in time, but the audience forgot the actress for a few years of oblivion. In the 1990's, she had to start all over again and she starred in bit parts. In 1992, the actress played a schoolgirl in the film Guncrazy and got the Golden Globe for this work.

Drew Barrymore moved gradually from teenage to adult roles. Critics noted the impeccable play of Barrymore in the films Doppelganger and The Amy Fisher Story. The girl played tough-minded killers and victims, women in love and modern Cinderella. In 1998, the film The Wedding Singer with the participation of Drew was released and it immediately became a hit. The actress's fee earnings rose dramatically high as Drew earned $ 7 million for every film.

In the 2000’s, Drew Barrymore organized her own film company and started producing films. The first project Charlie's Angels were commercially successful. It is clear that Drew Barrymore played one of the main roles. Drew Barrymore together with Cameron Diaz and Lucy Liu played members of the secret agency, which dealt only with impossible tasks. In 2003, the second part of the blockbuster was released.

Then the company released the films Fever Pitch, Lucky You, Whip It, where Barrymore was both an actress and a producer. The actress played also in comedies Music and Lyrics, He's Just Not That Into You, Beverly Hills Chihuahua. In 2009, Drew won a major role in the biographical TV drama Grey Gardens. Jessica Lang and Daniel Baldwin also played the main characters. The actress was awarded the Golden Globe Award for the work in the television movie.

In addition to acting and producing, Drew Barrymore participated in the scoring of the rating animation series. The actress’s voice can be heard in comedies about the Simpson and Griffin families.

Adam Sandler has become one of Drew Barrymore’s permanent partners on the set. For the first time, the actors appeared in the comedy The Wedding Singer, which was released in 1998. The film was a box-office success and brought the creators $ 123 million. Six years later, Drew and Adam appeared on the screen together again. The actors played a couple in love in the film 50 First Dates. In 2014, a new joint project Blended was released.

Later, the actress added to her filmography works in melodramas Going the Distance, Big Miracle, Miss You Already.

Drew Barrymore was married three times. For the first time, she married restaurant owner Jeremy Thomas, the young man was12 years older than Drew. The wedding was celebrated when the actress turned 19 years. The marriage broke up after a month and a half.

The girl forgot about her personal life for a while and started her career. Drew said that family life and motherhood would not go anywhere from her. In 2001, Barrymore met comic actor Tom Green and soon married him. And these relationships failed to stand the test of marriage. The couple broke up a year later.

Drew had a love affair with Justin Long. The press often discussed these relations. In 2008 the couple announced an engagement. Everyone was waiting for the logical continuation of the affair, but instead Drew and Justin broke up. The actors refused to comment on the reasons.

In the summer of 2012, Drew Barrymore married for the third time. The art consultant Will Kopelman became her husband. The young people dated for a year and a half, the actress did not hurry to marry again and she checked her feelings. Drew gave birth to the first daughter Olive three months after the wedding, in September 2012. And in April 2014, the second daughter Frankie was born. The actress often posts joint photos with her daughters on a personal page on Instagram.

In 2016, the couple filed for divorce. So, even the children could not hold the marriage. At the same time, there were suggestions in the media that the actress was pregnant. But it soon turned out that Drew Barrymore simply gained weight. It was confirmed by the photos of the star made by reporters on the beach of the Gulf of Mexico, where the actress rested.

Nowadays the actress does not often appear on the big screen. In 2017, Drew starred in the series Santa Clarita Diet. The genre of the film is a black comedy. Barrymore played the main role of Sheila's wife. The woman comes to life after her own death, but at the same time, she has strange habits such as, for example, love of raw meat. 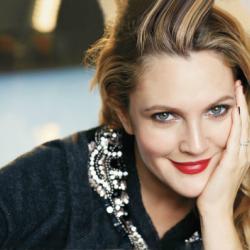