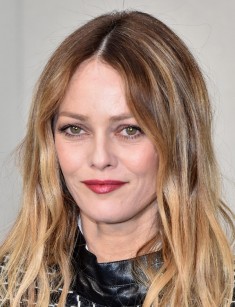 Vanessa Paradis is a French and Hollywood singer, film actress and voice actress, fashion model. Vanessa Paradis was born in Saint-Maur-des-Fossés, a suburb of the French capital. Both parents of the singer – her father André Paradis and a mother Corinne Paradis - worked as filmmakers.

Vanessa’s uncle Didier Pain, her mother's brother, is a famous French actor. Also, Vanessa has a younger sister, Alysson Paradis, who also became an actress. It was Uncle who insisted that Vanessa try her hand at television.

The creative biography of the singer started early. The girl was seven years old when she appeared in the popular TV show "L'École des fans," singing a song from the musical "Émilie Jolie." The audience liked the girl’s performance. This success has strengthened Vanessa's desire to become a famous singer. Professional teachers taught the girl, and seven years later she became famous.

In 1987, Vanessa Paradis recorded the song "Joe le Taxi," which topped the French hit parade one week after the release. And two weeks later it became the best song in all European charts. The single was so successful that "Joe le Taxi" became a classic of pop music. The girl starred in a music video for this song, where she sang the song near the yellow taxi.

A year later, the debut album of the young singer "M&J" was released, which became platinum eight months later. In addition to the world hit "Joe le Taxi," it is worth noting the romantic composition "Maxou" and the song "Marilyn et John," dedicated to Marilyn Monroe and John Kennedy.

The next album titled "Vanessa Paradis" appeared two years later. The famous musician Lenny Kravitz participated in its creation. Perhaps, therefore, this album was the first and at the moment the only English-speaking one. Three songs became hits: "Natural high" and two dance songs "Sunday Mondays" and "Be My Baby."

After the release of the album, Vanessa Paradis had a world tour, which resulted in not only increased popularity of the singer, but also the release of the album with the songs from live concerts "Vanessa Paradis Live." Then the fans had to wait long enough for new songs by their beloved singer. Only in 2000, the album "Bliss" was released. Unfortunately, it could not repeat the success of the first three studio records. Only the song "Commando" got to the charts, although the album became successful both at home and in Belgium and Switzerland.

The album "Divinidylle," released seven years later, returned Paradis to the musical elite. The songs "Divine idylle," "Dès que je te vois" and "L'incendie" topped all French charts. The album was called the best album in France and Belgium. This success allowed Vanessa to win the "Victoires de la Musique" award as the best singer of the year.

The last studio album "Love songs," released again after a long break in 2013, became very successful again. This album contains 22 romantic songs. These songs are personal, however, three of them, "Love song," "Les Espaces et les sentiments," and "Mi amor," topped the charts. The album became the number one in France and Belgium, and also got into the top five songs in Switzerland.

In addition to studio albums, Paradis released several official collections of the best songs and live albums. She also participated in recording two soundtracks. In 2004, for the film "Atomik Circus - Le retour de James Bataille" Vanessa sang the song "Ma Petroleuse" with the band "The Little Rabbits." And in 2011, the singer voiced the main character in the animated film "A Monster in Paris." She also recorded a song "La Seine," which became popular and brought the singer the Cesar award for the best song to the animated film.

Only seven years later, Paradis returned to the career of an actress and appeared in the film "Élisa," in which Vanessa's partner was the famous French actor Gérard Depardieu. Then Vanessa played comedic roles in a romantic-fantasy movie "Witch Way Love," a comic thriller "Une chance sur deux" and the tragicomedy "La fille sur le pont." In these films, Paradis starred along with such world stars as Jean Reno, Jean-Paul Belmondo, Alain Delon and Daniel Auteuil.

Films with Vanessa Paradis appeared irregularly - the singer terminated the shooting for the sake of world tours in support of her records. Some films were not very successful. In the new millennium, only roles in the romantic comedy "Heartbreaker," as well as the role of Jacqueline in the Canadian-French drama "Café de Flore" are worth noting. This film was nominated in 13 categories of the Canadian Genie Award and won three prizes, including the best actress (Vanessa Paradis). In 2014, Vanessa appeared in the movie "French Women."

Florent Pagny was Vanessa Paradis’s first boyfriend, who was nine years older than she. When they met, he was at the beginning of his career as a singer and actor. They were dating for three years since 1988.

During the recording of the third album, Vanessa began relationship with Lenny Kravitz. The couple was dating for five years, but in 1997 the musicians broke up. Next year, the singer met the legendary actor Johnny Depp. For a long time, they were called the most beautiful couple of show business.

Vanessa and Johnny were married for 14 years. They have two children - the daughter Lily-Rose Melody, born in 1999, and a son Jack Christopher, three years younger than his sister. The couple broke up but remained friends. After their breakup, the ex-husband bought a house in Hollywood for Vanessa and the children.

After that, Vanessa had two serious relationships - with the owner of Usinedeco furniture company, Guy-David Gharbi. They were dating for six months. And also Paradis was dating the singer Benjamin Biolay, with whom she lived more than two years.

Vanessa Paradis hides her personal life. The singer does not have "Instagram."

Despite the small height (160 cm), the singer works in the world of fashion. The famous couturier Karl Lagerfeld considers Vanessa his muse.

On July 29, 2016, there was the world premiere of the comedic horror film by Kevin Smith "Yoga Hosers." Vanessa played a secondary role of a history teacher. Johnny Depp also starred in the film and played the role of Guy LaPointe, a man-hunter from Montreal. Kevin Smith's daughter, Harley Quinn Smith and the daughter of Vanessa Paradis and Johnny Depp Lily-Rose Depp, played the main roles of two schoolgirls who are fond of yoga, want to have a party but faced evil. It is the second film of the "Canadian trilogy" by Smith.

The film got mixed reviews. Some people didn’t like that the stellar parents allowed their young daughters to play in sexual scenes in the film. Others expressed confidence that the absence of such prohibitions is considered a sign of harmonious relations between parents and children.

In November 2016, in the media, there was news about the personal life of Vanessa. Journalists reported that Vanessa Paradis and Johnny Depp are together again. The ex-husband of the singer, the Hollywood actor Johnny Depp, after a scandalous divorce from Amber Heard, returned to Paradis. Vanessa supported her ex-husband and was a witness in the actor's defense. The actor moved to the French apartment of his ex-wife and continued to bring up their children. The actor hopes to build family relations again.

In May 2017, there were two premieres with Vanessa Paradis in the title role. On May 14, the French comedy "Chien" was released. And on May 25, there was a premiere of the drama "Frost." Lithuania, Ukraine, France, and Poland worked together on this film. "Frost" tells about the war in the Donbass. A group of people going through a neutral zone to the combat: a man who drives a van filled with humanitarian aid, journalists, and other people. Vanessa Paradis played the role of a military journalist.

The premiere of the French drama "Maryline" is planned in November 2017, in which Vanessa Paradis will appear. In 2018, the actress will play the role in the comedy "Big Bang." There are no details of the upcoming films. 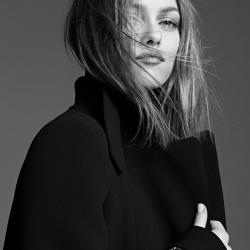