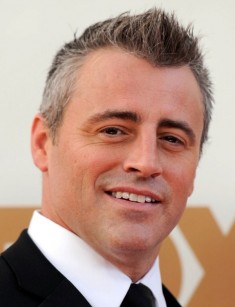 Matt LeBlanc is an American movie actor, producer, star of the series "Friends", "Ed" and full-length pictures "Lost in Space" and "Charlie’s Angels".

Matthew Steven LeBlanc, better known to us as Matt LeBlanc, was born in summer of 1967 in Newton located near Boston. The actor has multinational blood in his veins. From his mother, Patricia Grossman Matt got Italian roots, from his father he got English, Irish and French roots. There were no actors in the family of LeBlanc. His father Paul LeBlanc worked as a mechanic, Matt’s mother was an office manager.

In childhood, Matt LeBlanc followed his father and was fond of equipment. But most of all boy was interested not in the cars’ and motorcycles’ structure but in their speed. In 8 years Matt had already been a true motorcycle racer and took an active part in competitions. But if his father was proud of his son’s progress even presented Matt a motorcycle, his mother was categorically against his extreme and dangerous hobby. Patricia took much efforts to make Matthew interested in any less risky activity. And the woman found such a thing – it was carpentry.

Soon the guy really got involved in wood processing and manufacturing of wood products. In this sphere, Matt had gained success too. For his skills, a young man awarded the prestigious award "Gold Hammer". At the same time, young LeBlanc got really fond of the theater. The teenager appeared on the stage in the play "Jesus Christ Superstar". Matthew was so inspired by the process of rehearsals and exciting atmosphere of premieres that soon he just forgot about other passions.

Though, after Matt LeBlanc had finished the school he didn't enter Drama Institution but became a student of the University of Technology in Boston. Here Matthew had understood that it was not his path. After the first semester, a future actor dropped off the prestigious university and set off to New York.

For the first time, Matt LeBlanc whose height reached 178 cm appeared on the screen in 1985. He took part in the commercials of some popular brands. Matthew was rather successful in this sphere and soon Coca-Cola, Heinz and Levi's applied for his services. A young man could afford himself everything he needed: a house, a prestigious car, clothes of expensive brands. In 1987 Matt received a prestigious Golden Lion Award for his talent and skills. It is an award of Cannes Lions International Advertising Festival. But Matt LeBlanc wanted some more. At the end of the 1980-s, Matt LeBlanc had gone to Hollywood and began to take acting lessons.

In less than a year LeBlanc was invited to play in drama series "TV 101". Movie biography of Matt LeBlanc had begun rapidly: his first role was starring. A beginning actor appeared as a character of Chuck Bender. LeBlanc worked in this movie together with already famous actors, such as Sam Robards and Brynn Thayer.

In 1988 the actor performed a role of the character Tommy in the horror movie "Monsters" which had been broadcasted during two seasons. In adventure series "Anything to Survive" the actor turned into the character of Billy, the son of the main character Eddie Barton (Robert Conrad). Barton family earns their living by the fishing trade off the coast of Alaska. But once their boat has been carried to the coast of some strange island where the father and his three children stay alone with the elements.

In 1992 the comedy series "Vinnie & Bobby" featuring LeBlanc in a role of the main character Vinnie came on the screen.

In 1993 the actor presented himself in a number of popular movies, among them series "Class of '96", a horror "Grey Knight", the drama "Roadracers" in which he had proved himself as a versatile actor.

But a real breakthrough for Matt LeBlanc in the movie industry was the role of Joey Tribbiani in "Friends". The actor had been performing in this extremely popular series, which had come out in 1994, for nearly 12 years. LeBlanc had appeared in 10 seasons of the sitcom. And this with the fact that due to initial plan Joey was a minor character, just a neighbor of nice girls. Matt LeBlanc was so successful that scriptwriters and directors, in process of the release of series, had to correct the plot, to make Joey appear on the screen as often as possible.

Soon his character becomes one of the main heroes and gets to one row with the personages performed by Jennifer Aniston, Lisa Kudrow, Courteney Cox, Matthew Perry and David Schwimmer. At first, the actors were paid 22,5 thousand dollars for each series of "Friends". But the finishing seasons brought actors lots of money - up to one million dollars for an episode.

When the project had been closed, the audience recognized Matt LeBlanc as one of their most favorite characters. Therefore a new script of the series "Joey" was written especially for him. The sitcom was on the screen during 2 years successively and became a hit too.

In 1994, alongside with his acting in the popular sitcom, Matt LeBlanc appeared in the criminal television movie "Lookin’ Italian", as a criminal of the Italian origin. At the same time, the actor performed in the drama "Reform School Girl" about the fate of a young heroine, participant of the road accident who after the death of the pedestrian got to prison. In 1996 the actor enriched his filmography with a work in the sports comedy "Ed" about the friendship of the young baseball pitcher Jack Cooper (Matt LeBlanc) with a shaggy colleague from the sports ground – a chimpanzee.

In 2001 the action movie "All the Queen's Men" featuring Matt LeBlanc about the work of British Intelligence agents in search of German Enigma cipher machine came on the screen. In this movie, the actor appeared in the role of the allied undercover spy.

Upon completion of this project, LeBlanc played some more significant roles in the movies "Ed", "Lost in Space" and "Charlie’s Angels". Then there was a long break which Matt used for his producer debut. Together with Joe Goldstone, he established the production company which had shot the picture "Prince".

In 2008 Matt performed in popular psychological series "Web therapy" where the main character, a psychologist possessing a unique technique of treatment was played by Lisa Kudrow - a colleague of LeBlanc on the series "Friends".

In 2001 Matt LeBlanc again appeared on the screen as an actor. The actor took part in in BBC series under the title "Episodes" where he played the fictional but a grotesque version of himself. Matt received Golden Globe Award for this role. Besides, among awards, the actor has 3 Emmy Awards and People's Choice Awards. The last was given to LeBlanc for Favorite Male Television Star.

Today the actor is still at the zenith of his fame. In 2012 LeBlanc took part in the extremely popular English show "Top Gear". The actor raced off the rider driving in the car "Kia Cee' of d". This event and popularity of the actor became the reason for which Matt LeBlanc was invited as a TV host at "Top Gear" at the beginning of 2016.

In 2014 the actor took part in the comedy talk show "Late Night with Seth Meyers " and also in the melodrama "Lovesick" in which Matt performed before the audience as the major character Charlie.

In 1997 Matt LeBlanc got acquainted with the model Melissa McKnight. After a 6-year love affair young couple made their relationship official and got married. In February 2004 their daughter Marina Pearl was born. Unfortunately, the child was born sick. The girl was diagnosed an unfavorable sickness – a rare form of a mental disorder followed by epilepsy. During a long time, her parents had been fighting for their daughter’s life and health. The disease had receded and the girl recovered. Except for their common daughter, in the family have been growing up two other children of Melissa from her first marriage.

In 2005 a scandal broke out in Matt and Melissa's family. The actor was convicted of cheating for what he offered public apologies to his wife. But anyway their marriage had failed and in a year the spouses divorced.

Soon Matt LeBlanc’s personal life moved on. The actor began a new love affair with Andrea Anders, his partner on the sitcom of "Joey". But in January 2015 after 8 years of being together, the couple broke out.

In 2016 the shootings of the movie "Man with a Plan" came to an end. In the movie, the actor represented the character of Adam Burns who after his long career had to become a householder and to be engaged in the education of three children, instead of his spouse Andi (Liza Snyder).

Now Matt LeBlanc continues to work on the documentary automobile show "Top Gear" which 25###sup/sup### season will be broadcasted on BBC in the first half of 2018. Matt LeBlanc will appear again as the TV host of the project as a workmate of Rory Reyd and Chris Harris. In 2017 the actor had already carried out a number of shootings for the project in Norway, France, California and Great Britain.

Alongside with an automobile show Matt take part in the shootings in Los Angeles, in new seasons of the comedy series "Episodes". 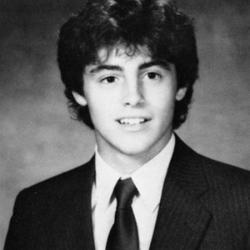