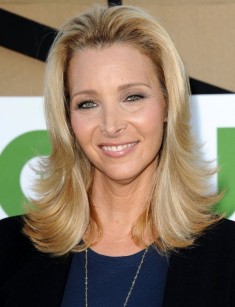 Lisa Kudrow is an American film actress, star of the television series "Friends." Lisa became popular after her roles in the comedies "Romy and Michele's High School Reunion", "The Opposite of Sex", "Analyze This."

Lisa Valerie Kudrow-Stern is from a Jewish family. Her father Lee Kudrow is the world's leading neurologist and her mother Nedra Kudrow was a travel agent. The ancestors of the future actress lived in the Minsk region and then immigrated to America. Lisa Kudrow was born on July 30, 1963. In the family, three more children, sons David and Derrick and a daughter Helene, were brought up.

Lisa spent her childhood in Portola (California). Here, the girl went to school, played tennis, studied French. Already in her childhood, Lisa faced anti-Semitism. Many children in the school did not like their classmate because of her nationality. At the age of 16, with the permission of her parents, the girl made a rhinoplasty, after which she moved to another school.

After decades, Lisa Kudrow confirmed that rhinoplasty at a young age changed her life for the better. After school, the girl entered Vassar College. She graduated from it in 1985. Lisa received a bachelor's degree and was going to do research work. Kudrow moved to Brooklyn, where her father lived and worked, who was ready to help his daughter.

Perhaps, Lisa could have become a talented scientist but one meeting changed her plans. In Brooklyn, Lisa Kudrow met a friend of her brother, a comedian Jon Lovitz. John persuaded the effective high blonde (173 cm) with green eyes that she should become an actress. Lisa listened to the advice of the comedian and entered the acting school. However, the girl wasn’t sure that she was a good actress. It was difficult for Kudrow to be emotional.

Once Lisa saw advertising about recruiting actors to the theater of improvisation and came to the audition. The head of the theater saw the talent in the girl. In 1989, Lisa Kudrow graduated with honors from the theater and became a member of the troupe.

Lisa dreamed of television and auditioned for various television projects. But as a TV presenter, the girl wasn’t lucky. Finally, in 1992, the actress was approved for the role of a waitress in the series "Mad About You."

Two years later, the role of a twin sister in the series "Friends was also offered to Lisa Kudrow. The actress said she was happy with the character because she had an identical character. Phoebe Buffay turned out bright and extraordinary woman. The series was very successful.

The viewers liked the main characters Rachel, Monica, Chandler, Joey, Ross. And when Lisa Kudrow announced that she was pregnant, the producers decided to leave the actress and wrote another script. As a result, the viewers could see the development of the story as well as the pregnancy of the main character.

Lisa says that "Friends" turned out to be a bright and easy series. The actress still believes that for the audience she is still Phoebe. Lisa does not hide that she sometimes misses her heroin. The film had 10 seasons and became the winner of six Emmy awards and one Golden Globe. The actors Jennifer Aniston, Courteney Cox, Matthew Perry , Matt LeBlanc and David Schwimmer became friends in their real life. Lisa Kudrow and Courtney Cox even became family friends.

The film influenced the creative biography of the actress. Kudrow was nominated for Emmy Award six times. In 1998, Lisa received the award as the best supporting actress. A year earlier, the actress played the main role in the film "Romy and Michele's High School Reunion." In the same year, Kudrow starred in the movie "The Opposite of Sex," after which “People” included the actress in the top 50 of the most beautiful people in the world.

Lisa Kudrow became older and it was torture for the actress to compete with the young generation.

In 2005, Lisa played the main role in the series "The Return", which she also produced. Critics praised this project, but the ratings were low. The series was closed.

Currently, Lisa Kudrow is a producer and appears on the screen in the roles of the second plan. The actress starred in the "Hotel for Dogs", "Easy A", in one episode of "Cougar Town." Then in 2013, Lisa played politics in the series "Scandal". This work was the first dramatic role in the work of Kudrow. In 2014, the HBO decided to return to the film "The Comeback", in which Lisa Kudrow appeared once again.

The actress was a virgin until she was 31. And she is proud of that fact. Kudrow says she wanted to make her husband happy. The girl dreamed that the groom would appreciate such an honor. And her dreams came true.

On May 27, 1995, Lisa Kudrow became the legal wife of Michel Stern. The actress's husband owns the advertising business. Three years after the wedding, the couple’s son, Jillian Murray, was born. The family lives in their own house in Beverly Hills.

Lisa says that with the birth of her son, her life changed completely. The actress began working when the baby was not even 6 months. In an interview, Kudrow said more than once that she felt guilty when she took the son to the shootings. The only thing about which Lisa regrets now is the fact that she did not give birth to the second child. She wanted to postpone this moment.

Lisa Kudrow is a vegetarian. The actress is in excellent physical shape. Fans note that Lisa has not changed at all since the last episode of the series "Friends." In her free time, the actress spends with her family and teaches children from disadvantaged families. The actress has her own account on the "Instagram", where Kudrow posts photos from her personal and professional life.

The actress and producer continues to star in films. In 2016, Lisa Kudrow played three roles in the films "Angie Tribeca", "Girl on the train", "Table 19".

In the same year, Lisa appeared in the secondary role in the comedy "Neighbors 2: Sorority Rising." The topic of the relationship between students and those who only recently joined the ranks of young fathers and mothers turned out to be hot. So two years after the appearance of the first part of the comedy in 2014, the second part appeared.

In the same year, Lisa Kudrow produced the series "The Law of the rebel", dedicated to LGBT topic. Now the script of the film is under development. In addition to new projects, Lisa plans to revive her beloved sitcom "Friends." The plot will be centered on the life of the heroine Phoebe after the divorce. Negotiations are also in progress with the stars from the first film about participation in the episodes.

In 2017, the actress voiced the comic cartoon "The Boss Baby" along with such Hollywood stars as Alec Baldwin, Jimmy Kimmel, Steve Buscemi, Tobey Maguire. In less than a year, the animated comedy collected $ 500 million at the box office. The creators started working on the second part of the story. Fans of Lisa Kudrow hope that in the new film there will be a place for their favorite actress. 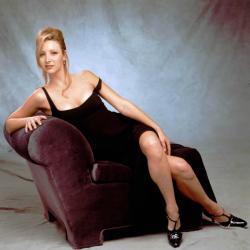