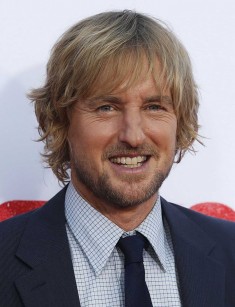 The famous American actor, producer, and screenwriter Owen Wilson was born in the autumn of 1968 in Dallas (USA, Texas). His future was set up from birth. Father Robert Wilson worked in the TV Studio, mother Laura Wilson was engaged in photography. There were two more sons, Luke and Andrew, in the family. Later, they also chose an acting profession.

Owen Wilson grew a restless child and parents often did not have enough patience to endure his behavior. Studying did not interest him. He constantly fought, and the guy stole the book with solutions from the teacher of geometry and distributed the answers to classmates on the eve of final exams. He was expelled from school for the behavior. Wilson went to another school, and later entered the Military Institute, but it didn’t work out either.

Fate brought the boy to the University of Texas at Austin. There he met his mentor Wes Anderson. Young people became friends and their friendship lasted on the job.

In 1994, Owen Wilson and Wes Anderson wrote the script of the short film Bottle Rocket and shot it. Their friends showed the movie to James Brooks, who praised the work of the young people and gave them 5 million dollars to turn this short film into a full movie. In 1996, the updated Bottle Rocket was released, but it could return only $ 1 million.

The guys were not in despair and went to Los Angeles. They decided to start a career in movies. Owen Wilson went to Hollywood. There he played secondary roles in comic films. For example, Jim Carrey bot a novice actor with a sitting in the head in the movie The Cable Guy.

The first steps in television and movies did not cause a stir. But he quickly turned into a real star from an actor of supporting roles. The promotion was facilitated by the meeting with the director Ben Stiller, who began to invite Wilson into his projects Zoolander, Night at the Museum, Starsky & Hutch, Meet the Parents. In addition, he appeared in the science fiction blockbuster Armageddon.

In 2000, Owen Wilson was lucky to get profitable projects. He co-starred with Jackie Chan in the comic film Shanghai Noon. By the time of its release viewers noticed the blond and handsome man. Later he played in the movie Shanghai Knights and Meet the Fockers. Robert De Niro and Ben Stiller starred together with him in the last movie. In 2005, the actor played the main role in Wedding Crashers and the film included Wilson to the best Hollywood comedians. The project You, Me and Dupree was already fully developed according to Owen’s preferences.

The actor tries to give lively temperament, expressiveness, and charm to each his hero. He played a lieutenant in the thriller Behind Enemy Lines, a pilot, and inventor in the comedy adventure Around the World in 80 Days, a small-time swindler in The Big Bounce, a forty-year family man in Hall Pass, etc.

Wilson also participated in the filming of The Big Year, The Internship, No escape, Inherent Vice, She's funny that way. His last work was one of the main roles in the comedy Zoolander 2.

Owen Wilson is known as a screenwriter and producer. The film The Royal Tenenbaums brought him success. He created it together with Wes Anderson. The scenario of tragicomedy brought them the Oscar nomination.

Owen Wilson doesn’t like to talk about the details of his personal life, as well as many of his colleagues. He had a romantic relationship with Kate Hudson. The broke up with the beloved woman made the actor perform a crazy deed. On August 26, 2007, he cut his wrists and took a lot of drugs. Fortunately, he was saved. They resumed relations after a while but soon announced the end of their love affair.

His next love was Jade Duell. In January of 2011, they had a son named Robert Ford.

The actor became a father the second time in January 2014. At that time, trainer Caroline Lindqvist was the mother of his son. But this relationship did not work out, they broke up.

Owen Wilson hopes that someday he will meet a beautiful and smart girl who will make him stop parties and think over his life. Then he will make every effort to win her love and be with her all his life. But for now, the actor remains a bachelor. 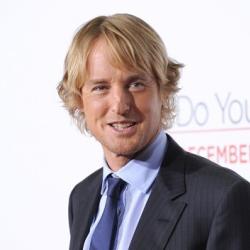