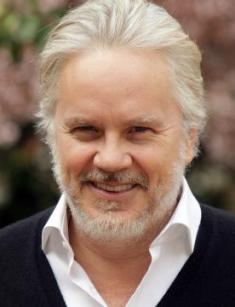 Timothy Francis Robbins is a famous American actor who gained worldwide popularity because of his roles in the movies The Shawshank Redemption, Mystic River, and War of the Worlds. The actor is the holder of the honorary Academy Award as the Best Supporting Actor. He has also been nominated for an Oscar as the Best Director for his work on the crime drama movie Dead Man Walking.

Tim Robbins was born in West Covina, California. His father, Gilbert Lee Robbins was a singer, actor, and the frontman and manager of The Gaslight Cafe band. And the actor's mother, Mary Cecelia (née Bledsoe), worked on the theater stage. Timothy has two sisters, Adele and Gabrielle, and a brother, David. None of the other children of the Robbins family became very popular. Timothy Francis shortened his name to Tim Robbins for it to sound more catchy.

Tim Robbins was very young when the family moved to Greenwich Village. It is noteworthy that his parents, despite their creative work, were deeply religious and raised their children in rigorous Catholic traditions. Besides, his father did not want Timothy to follow in his parents' footsteps. At the age of twelve, Tim was allowed to take part in the stagings of the drama club at Stuyvesant High School. However, when the boy received a certificate of maturity, at the demand of Robbins Sr. he enrolled at the New York University.

Tim Robbins, having broken free from his parents' close eye, turned two years of study at the university in one continuous party. As a result, the young man got expelled from the university; he returned to his native state and began to study at the film school of the University of California. For the sake of his son receiving at least some education, Gilbert Lee Robbins did not prevent the young man from choosing the acting career, even though he did not approve of this path for a long time.

The cute and young man (Tim Robbins' height is 6 feet 43 inches) was quickly noticed by directors, even though at first he got small, unpopular roles in the movies. The creative biography of the aspiring actor Tim Robbins started with participation in numerous television series, among which were such well-known projects as Santa Barbara, Toy Soldiers, Hill Street Blues, and Moonlighting. He managed to get his first significant role in 1985 in a teenage comedy movie Fraternity Vacation, which, however, did not make Tim Robbins a famous actor yet.

The fantastic comedy movie Howard the Duck, the comedy-drama film Five Corners, the sports drama movie Bull Durham, and the adventure fantasy film The fantastic thriller movie Jacob's Ladder made a lot of noise. The director of the motion picture Adrian Lyne chose Tim Robbins for the leading role of the postman Jacob "Professor" Singer, who went through the war in Vietnam and suffered from demon illusions because of it. Adrian stated that he saw the needed boyish charm in Tim and knew that he was going to star in his movie right away. Unfortunately, the film was released during the Gulf war, so it did not pay off financially, although it remains one of the most significant works of Hollywood of the early 90s.

In the same period came out the romantic comedy film I.Q. and the psychological crime drama movie Player. The peak of the first half of Tim's career was the film adaptation of Stephen King's novel Shawshank Redemption. The film was a resounding success and remained among the leaders in the list of the best films of all time. Later Tim Robbins drew attention to himself with the help of the comedy film Nothing to Lose, science fiction movie Mission to Mars, the crime drama film Antitrust and action thriller movie The Truth About Charlie.

The next bright stroke on the painting of the life of Tim Robbins was his joint work with Sean Penn in the 2004 intricate criminal drama movie Mystic River directed by Clint Eastwood. The film brought an Oscar to Tim as the Best Supporting Actor. It was almost immediately followed by a fantastic dystopia shot by Steven Spielberg, War of the Worlds. It also starred such famous actors as Tom Cruise, Dakota Fanning, and Morgan Freeman.

The actor continues to work on new movie projects. In 2015, the political comedy television series The Brink was released, in which Tim Robbins played the leading role. The film is set in the time of a severe geopolitical crisis. Robbins' character, the United States Secretary of State Walter Larson, together with other politicians, has to stop the Third World War.

The television series enjoyed an enthusiastic reception of viewers, so immediately there were rumors about the filming of the sequel. But later HBO channel changed its decision and officially announced that the creators didn't plan on shooting the second season.

Another bright work of Tim Robbins in 2015 was the participation in the filming of the fantastic comedy-drama Marjorie Prime. The film is based on a play by Jordan Harrison and tells the story of a life in the near technological future when the average citizens start enjoying holograms, androids and other wonders of progress.

In the center of the plot - the life of an aging violinist Marjorie (Lois Smith), suffering from memory loss. To regain the lost happiness of family life, the woman orders a hologram of her deceased husband, however, giving it the appearance of the spouse not before the death of the man, but from the memories of their joint youth. At the same time, the couple is surrounded by the close ones of the woman, adult children, and grandchildren, who also have their own opinion about the hologram of the dead relative.

The film received a warm welcome from both critics and viewers, and the percentage of approval on film websites varies from 70% to 80%.

It is worth adding that three times Tim Robbins tried his hand at directing. The first film, the political satire Bob Roberts, was an absolute success. The last project – the drama movie Cradle Will Rock, was also noticeable. But the most famous was the second work – the crime drama Dead Man Walking, thanks to which Robbins was nominated for an Oscar as the Best Director.

Susan Sarandon and Sean Penn played the central roles in this film. The film tells the story of the criminal sentenced to death, who is waiting for the execution of the sentence. These days, the murderer gets visits from a nun who takes the duty of a spiritual mentor of the sentenced.

The film is based on the biographical book of a Catholic nun, in which she talks about the conversations that she had with the sentenced criminal. But the film did not become an accurate adaptation of the book. The leading character is named after the author of the book Sister Helen Prejean, but the criminal has another name and differs entirely from the same character of the book.

The first known love of actor Tim Robbins was an American model and businesswoman called Carol Perkins. The lovers began dating before Robbins even appeared on the screen, and were together until 1981. Then Tim had a short-term affair with the soap opera star of Dynasty and Santa Barbara, Terri Garber. This relationship began after working together on the television movie Toy Soldiers.

And in 1988 on the set of the sports drama film, Bull Durham Tim Robbins met actress Susan Sarandon. The actress was 13 years older than the man, but Tim and Susan almost instantly realized that they were in love. Besides, the couple had common interests relating to public life. His parents were thrilled with their son's choice.

Since Sarandon turned out to be a feminist and an ardent opponent of official marriages, Tim Robbins lived with her as her partner. They had two children – sons John "Jack" Henry and Miles Guthrie. Robbins also brought up his partner's daughter Eva from the previous relationship with director Franco Amurri. The couple lived in happiness and harmony for more than 20 years. The more surprising it was for fans of the actor to learn that in 2010 they broke up.

As Susan Sarandon explained this action to journalists, she was unsatisfied with the "dull existence" of the relationship. However, some people believe that the real reason for the breakup of Tim Robbins and his partner was the fact that Sarandon, whose age was already approaching 70, suddenly decided to shoot videos of pornographic content. The actor did not approve of this initiative and chose to leave his extravagant wife.

It should be noted that the work helped Tim Robbins to distract himself from the breakup with his beloved woman. The actor almost lived in the recording studio and created an album of original songs together with his own musical gang Tim Robbins & The Rogues Gallery Band.

The actor is an ardent fan of the New York Rangers hockey club and the New York Mets basketball team. This love of sports shows can be traced back to his student days when he studied at New York University for some time. By the way, Tim Robbins has repeatedly participated in promotional videos of his favorite teams free of charge.

There is an account on Instagram under the name of the actor, but it is not verified by the service, and, besides, this page is followed by less than ten thousand people, which raises doubts about the authenticity of it. However, it contains photos of the actor from social events and meetings with fans, as well as fragments of videos from films with the actor and trailers of fresh motion pictures.

Tim Robbins has a net worth of $60 million. In 2018, Tim Robbins appeared in the leading role in the television series Here and Now, which tells the story of a multinational family. The action of this long-running television project takes place in modern times.

The pilot episode of the television series was broadcast on HBO channel which released the entire first season of the show.

Besides, the actor is currently working on the movie Man Under. The date of the premiere and the actor's part in the film sill remain a mystery. However, the creators have already revealed information about the movie's plot. The motion picture will tell the story of a troubled family, the members of which have become a part of a social photo-project which turned the family into town celebrities.