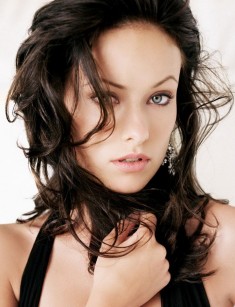 Olivia Wilde is an American actress who is known to the audience for her roles in a teenage TV series "The O.C." and crime series "Black Donnellys". Shootings in the well-known medical drama series "House, M.D." in which Olivia got into the main cast brought her popularity.

Wilde wasn’t only a TV actress, Olivia also appears on the big screen. Among her full-length feature films, there is a significant role in the fantastic blockbuster "Tron: Legacy". In general Olivia Wilde has played about 30 roles in different movies and series till the present moment.

Olivia Jane Cockburn better known as Olivia Wilde was born in New York on the 10th of March 1984. Her father is a journalist, her mother is a TV producer. Since childhood, the girl grew in a circle of actors, directors, politicians and was really turned into this world.

The family had been constantly moving from one state to another because of what Olivia Wilde often changed schools. The girl studied in Washington, Massachusetts, Andover.

The actress confesses that she grew a problematic teenager and gave her parents much trouble. Once she ran away from home and was traveling with vagrant actors for two weeks. After this case, her father sent his daughter to the boarding school in Andover. There she became addicted to the theater – she attended performances whenever she had spare time. During that difficult period of life, Olivia decided that she would become an actress. After school, the girl moved to Los Angeles to make her dreams come true.

The audience knows Olivia Wilde on Dr. Remy Hadley’s role ("Thirteen") in series "House, M.D.". But her career had begun in a rather modest way long before this role. At first, the girl helped to cast actors, and she had her own debut as an actress in 2000.

In 2003 Olivia appeared in the series "Skin". She didn't gain popularity of the audience, but her acting was noticed and appreciated by the directors.

In 2004 Olivia Wilde played a bitchy character Kellie in the picture "The Girl Next Door". The same year she was invited to play a role of Alex Kelly in series "The O.C.". Her acting in "The O.C. " brought actress long-awaited recognition and love of the audience.

In 2007 the audience again saw Olivia Wilde on the screen – she played a leading role in the series "Black Donnellys". After these shootings, she was included in the main cast of "House M.D.".

Olivia Wilde became world famous after her role in the series "House M.D.".But the actress wasn't going to stop, she considered that she hadn't reached the peak of her career yet.

The same year Olivia Wilde took part in the photoshoot for the men's glossy magazine Maxim and won the first place in the rate of the sexiest women of the world by this edition. Olivia got to magazine’s TOP 100 not once. The actress took the 61st place in 2006, the 97th place in 2008 and the 5th – in 2012.

A year later the shootings of the picture "Tron: Legacy" began. Olivia Wilde had to master parkour and martial arts so that she could present a character of the fearless warrior Quorra in a true way. This science-fiction blockbuster became the sequel to the movie "Tron" of 1982 where the concept of the virtual universe of ruthless races on a survival had appeared for the first time. In the artistic world of the movie, there have passed more than 20 years from the moment of the events of the first part.

In 2011 Olivia played the leading female role in the movie based on the comic book "Cowboys & Aliens". The action of the movie unfolds in the State of Arizona of 1873 where the surrealistic fight of cowboys with the aliens, described in the title is unfolded. In this fantastic western major roles were also played by Daniel Craig and Harrison Ford.

In 2013 the actress appeared in the main role in the drama "Better Living Through Chemistry" where she appeared as a character of the fatal beauty who was cardinally changing the ordinary life of the boring pharmacist. The same year Olivia acted in the picture "Drinking Buddies".

In 2014 Olivia performed a major role in the melodrama "Third Person" which was produced by Great Britain, Belgium, Germany and the USA. Such set of the invested countries hadn’t influenced the geography of the project a lot. The picture consists of three love stories which action is developed in three cities: New York, Paris, and Rome.

In 2015 the actress played the major role in the thriller "Lazarus Effect". The main characters of the movie – a group of young scientists discover a method to bring back the dead. Their serum has an effect on animals, but scientists don't manage to monitor the impacts and consequences of their method.

Zoe, Olivia Wilde's character, perishes in a subsequent accident and then the group decides to repeat their experiment on the human. Zoe, who was brought back from the dead, differs from an alive person in increased cruelty and frightening superpowers. The actress had to play two different roles in one movie and to show a difference between the living and resurrected Zoe in contrast.

At the end of 2015, the Christmas comedy "Love the Coopers" with Olivia Wilde as Eleanor came on the screen.

Olivia Wilde is a vegan and an activist of animal rights’ protection. Admirers believe that the secret of her slim and athletic figure consists in vegetable food. Having a height of 171 cm Olivia weighs only 56 kilos.

The private life of Olivia Wilde is rather quiet. Her first spouse was the Italian prince Tao Ruspoli. They got married in the ancient Italian castle in 2003. At that time Olivia was 18 years old. Her spouse was rather older than she, but together they looked very good. They had been married for 8 years – in 2011 Wilde and Ruspoli separated. Their friends say that they divorced on mutual agreement. Tao wanted to have children, and Olivia took her time to become a mother because she wasn't ready to take responsibility.

Later there were messages in the press about the love affair between the actress and the Canadian star Ryan Gosling. Olivia Wilde didn't comment on this information. Probably, this was just a gossip, as in the fall of 2011 Olivia began to live with Jason Sudeikis. In January 2013 they announced their engagement, and on April 20, 2014, the actress gave birth to their son – Otis Alexander Sudeikis.

Soon it became known that the couple was waiting for their baby to be born. In October 2016 Olivia gave birth to their daughter who was called Daisy Josephine.

The actress shares photos of her children and husband in the official account on Instagram. Also Olivia posts photos from the scene, shots from walks and even some fan artworks of the personages of the actress. Olivia Wilde has 2,4 million followers on Instagram.

On the 14th of 2016 the musical series "Vinyl" in which Olivia Wilde played a role of Devon Finestra came out at American TV channels. This retro drama tells about the music industry of America in the 70-s during the end of rock'n'roll epoch.

The main character, the husband of the heroine of Olivia, Richie Finestra performed by Bobby Cannavale is the owner of the failing "American century" label. The profession of the character enables to show the music industry behind the scenes. Both fictional and real famous music bands, like Led Zeppelin, are mentioned in this movie.

In the series, Olivia Wilde appeared naked for a few times. Screenshots of the naked actress had quickly spread across the Internet but didn’t cause a rush. "Vinyl" is not the first picture where the actress showed her body.

For the first time, Olivia Wilde appeared topless in 2006 in the crime drama "Alpha Dog" where she acted in the scene of bad sex with Ben Foster's character. In 2012 the actress wasn't ashamed to undress again and play in the sex scene in the thriller "Deadfall". In 2013 Olivia Wilde appeared naked in more unexpected and amusing scene in the drama "The Third Person". Olivia's personage was running along the hotel’s corridors.

In 2017 Olivia Wilde presented herself as a Broadway actress. In the theatrical season of 2017-2018 Wilde acted in the leading female role in the play based on George Orwell's anti-Utopia "1984". For the sake of her debut on Broadway, the actress dyed her hair blond what really surprised her admirers.

British actor Tom Sturridge has become Olivia’s partner on the stage. The producer of the piece "Harry Potter and the Cursed Child" Sonia Friedman together with directors Duncan Macmillan and Robert Eagle stage the play. 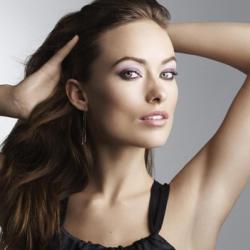