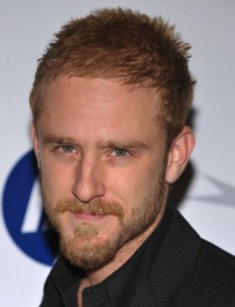 Ben Foster is an American actor who started an acting career in his youth. The most prominent youth series, where Foster starred at the beginning of his creative biography, was the films Kounterfeit, Liberty Heights, Get Over It. The actor became world famous after starring in the blockbuster X-Men: The Last Stand and the fantastic action movie Pandorum.

Ben Foster is an American actor of Russian origin. He was born on October 29, 1980, in the city of Boston (Massachusetts, USA). He spent his childhood in the town of Fairfield. Ben's grandmother was a Russian immigrant, and parents Gillian Kirwan Foster and Steven Foster were hippies in the past. Nowadays, actor's mother and father are engaged in the restaurant business. Ben has also younger brother Jon.

Since childhood, Ben Foster has shown acting skills. At the age of 8, the boy participated in school plays and productions. When he turned 10, he played in the play, which was staged in the theater of Fairfield. It was Ben's debut on the big stage. Since then Foster’s acting career began. At the age of 11, the boy got the main role in the musical You're a Good Man, Charlie Brown.

A year later, he showed skills as an author and director. Ben wrote the play, which took second place in the Young Talent Competition. Later, they decided to stage the play in the city theater. Foster simultaneously became an author and an actor. The boy played the main role in the play.

When the teenager turned 14, Foster enrolled in the acting course. After graduating from his studies successfully, Ben left school as well as his hometown and went to Los Angeles to follow his dream. It was the start of Foster’s career in the cinema, which is developing every year.

Ben Foster's debut role was the film Kounterfeit. The young man played cheerful and honest boy Travis. The actor did his best so that his play was noticed by the directors.

The next step in the movie was the youth television series Flash Forward, where Foster played Tucker. Subsequently, the young man won two awards for this role. In 1998, the actor starred in the movie I've Been Waiting for You.

Ben’s role in the film Liberty Heights proved to be successful and remarkable. The movie shows the era of the fifties in Baltimore. The actor played a teenager with a rebellious spirit. The boy dressed as Hitler at Halloween, and he was in love with a black-skinned classmate Rebecca. The film Liberty Heights made Ben Foster popular and famous.

After a small actor's break in 2001, Ben appeared in the cinema again. Foster was invited to play in the popular TV series Get Over It. Ben got one of the main roles. The actor played Berke Landers, a popular guy at the school.

While shooting, Foster was forced to refuse to film in the movie Black Hawk Down. The reason was a serious injury that he got during rehearsals. Later, the young actor was offered the main role in the film Big Trouble. The career of the actor was developing rapidly. Ben starred in the films Northfork, The Punisher, Bang, Bang, You’re Dead. One of the most successful works was the role in the movie Hostage in 2005. Although the plot of the film did not cause much enthusiasm, actor's play was admitted by many critics.

Since 2005, Ben Foster regularly plays in movies and he is popular with the viewers. In 2006, the actor played in the fantasy action film X-Men: The Last Stand, where he appeared in the image of superhero Angel. The name of Ben Foster was in the same row with such famous stars as Hugh Jackman, Halle Berry, Ian McKellen. A year later, the actor starred in the western 3:10 to Yuma with Russell Crowe in the lead role. He played the main villain in the horror film 30 Days of Night. Sheriff Eben (Josh Hartnett) fought with him in the film.

Soon the filmography of the actor added the main role in the military drama The Messenger, where Ben Foster together with Woody Harrelson played casualty notification officers. A year later, he played along with Jason Statham two professional assassins in the thriller The Mechanic.

Ben Foster had a number of famous love affairs, none of which led to marriage. After filming in the movie Get Over It, the actor began a romantic relationship with Kirsten Dunst. Young people dated for 6 months, then they broke up.

There were rumors that Ben dated actress Julia Stiles, but she denied these relations. Then Ellen Page became Ben's girlfriend. Relations lasted for a year. Young people broke up because Ellen told that she belonged to sexual minorities. Foster’s next girlfriend was Zoë Kravitz.

Ben had a serious relationship with actress Robin Wright, who is 14 years older. She already had two children from the marriage with Sean Penn. Actors began to date in 2012. They were even engaged, but in 2015, Robin canceled the wedding for unknown reasons and finally broke up with Ben.

In 2016, Ben Foster finally became happy. Actress Laura Prepon became his girlfriend (she played in the film The Girl on the Train, the series Orange Is the New Black). Young people held an engagement ceremony, which was reported to the public, and soon it transpired that Laura was pregnant. Photos of the couple confirmed this fact. In the autumn of 2017, Ben and Laura had a daughter.

The actor is distinguished with charisma and talent. He is in demand for significant projects. Ben Foster does not want to play minor roles and annually pleases fans with 2-4 significant works. In 2016, the fantastic action movie Warcraft got high ratings. It is the screen version of the cult game.

In addition to bright scenes of military battles, which were greatly embellished with computer graphics, the film delighted the audience with a fascinating story and the actors’ play. Besides Ben Foster, Travis Fimmel, Paula Patton, Dominic Cooper, Toby Kebbell, Robert Kazinsky appeared in the movie. The film rightfully got the garland from such masterpieces of the past as The Lord of the Rings and Avatar.

Ben Foster got the role of Tanner, Toby’s brother (Chris Pine), a former prisoner in the crime drama Hell or High Water. The brothers commit a crime in order to pay off the mother’s bank debt. They rob small banks in the district. The same year, the actor starred in the mysterious thriller Inferno, the continuation of the films The Da Vinci Code and Angels & Demons. Ben Foster got the role of the main villain. He played Bertrand Zobrist. Despite the star cast (Tom Hanks, Felicity Jones) and $ 220 million box office, critics have met the film without enthusiasm.

The year 2017 brought the actor two new contracts. Ben Foster played Sergeant Charles Wills with other little-known actors in the historical western Hostiles, which tells the viewer about the conquest of the Wild West. Christian Bale and Rosamund Pike played the main roles of Captain Blocker and the widow, distraught after the death of children. The premiere of the drama took place in early 2018.

One of the latest projects, which delighted Ben’s fans, was the French comedy Rock's Roll. In 2018, the drama Leave No Trace and the thriller Galveston with the participation of an American actor will be released. 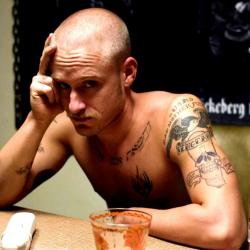