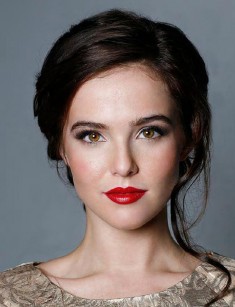 Zoey Francis Deutch is an American movie actress, who became famous after the movie "Vampire Academy".

A future star of the big screen was born on the 10th of November 1994 in the center of the motion-picture industry in Los Angeles. Zoey's parents are rather influential people in Hollywood. Her father is a movie director Howard Deutch who was awarded for his contribution to American film industry in 2003. Spectators recognize him by his work on the episode "Tales from the Crypt". Her mother Lea Thompson, a Hollywood actress, became popular due to her roles in the movies "Jaws", "Back to the Future".

Zoey’s elder sister Madelyn was interested in acting in childhood. After she finished college she was professionally engaged in music. The young girl was the leader of the indie-rock band "Maddie and the Bad Hats". In the school age, Zoey spent a lot of time in the dance group.

Deutch has an excellent command of ballet, hip-hop, and modern techniques. Both girls attended acting schools - Oakwood School and The Los Angeles County High School and participated in the performances of local Students Theatre.

Zoey began her creative career in 2010. Zoey Deutch had her debut in one of the leading roles of the youth sitcom "The Suite Life on Deck" shot at Disney Studios.

The project turned out to be successful: even TV pilots in the USA were viewed by 5,5 million people. Zoey looked very natural in the role of a positive and energic girl Maya Bennett, a beloved of the major character Zack Martin.

A year later an aspiring star of the big screen took part in the dramatic crime TV series "Ringer" which author and a major character was a Hollywood star, Sarah Michelle Gellar. Zoey played the role of an adopted daughter of the main personage Shivan Martin. The spectacular plot of the first season of this TV series attracted 2,8 million audience of USA to the screens of The CW Television Network. In 2011 the young actress took part in the range of movies and played some episodic roles in the series "NCIS: Naval Criminal Investigative Service", in crime detective "Criminal Minds: Suspect Behavior" and in drama "Hallelujah".

When Zoye was 19, she was invited to play the role of Emily Asher – a friend of the fairy Lena Duchannes in a fantasy movie "Beautiful Creatures" which tells a story about some mystic events in the American settlement Gatlin. The personage of the actress is sophisticated and has strong character but Emily lacks magic abilities.

At the beginning of 2013, Zoey Deutch was considered for the role of Rose Hathaway in the fantastic movie "Vampire Academy", directed by Mark Waters based on the novel of American writer Richelle Mead. According to the classifications in the book of the author, Rose represents the dhampires – a cross between vampires and human. Owing lots of vampires’ talents and abilities, dhampires are able to handle the sunlight and don’t need constant recharge with human blood.

In the story, the young girl is sent by her parents to study at Vampire Academy, which is situated in the very center of the USA – in Montana.

The gross of the film amounted $15 million dollars. Except for Zoye, leading roles were performed by Lucy Fry, Danila Kozlovsky, Dominic Sherwood and Sarah Hyland.

According to the script, Zoye is in love with her teacher Dmitry Belikov, whose role is performed by the Russian actor Danila Kozlovsky.

The major part of fans sympathizes with the screen couple. Most spectators dream to see their favorite actors in love in real life too. That's why young actors continue to post photos of them together on their personal pages on Instagram. Thus, they are holding public's interest in their persons.

Zoey Deutch has a slim tiny figure. Being 163 cm high she weighs 55 kilos. The actress has a beautiful appearance and she is a true fan of designer clothes. Her perfect taste and her genuine interest in the fashion industry enable her to appear in a perfect dress at all glad-handing events.

Paparazzi take shots of charismatic Zoye for the magazine about celebrities' life with great pleasure. A great number of her fans consider her outfits. The critics have noticed that Zoye takes an interest in the style of 80-s such as short dresses of border-line design.

When Zoey Deutch was 17 she began dating a young artist Avan Jogia of Canadian origin. A young man is three years older than his girlfriend. Avan already presented himself in TV series "Victorious". Alongside with his acting career, Avan has already tried himself as a musician, actor, and producer. But after Zoye performed her role in the movie "Vampire Academy" their fans noted that the couple started to appear in public more rarely. The young couple didn't tell about their break-up officially, but it's quite possible that there are some changes in their personal life.

Zoey Deutch is committed to her home and her family. The girl feels perfect at her parents' ranch. The young actress loves animals, and there are lots of them in her parents' house - a red cat Stinky Pit, dogs, goldfishes, and horses.

Except for her actress profession, Zoye is fond of painting and there is a plenty of them in her family house.

Zoey Deutch continues to take part in new pictures. At the beginning of 2016, a new comedy "Dirty Grandpa" featuring Zoye Deutch came on the screen. Zachary Efron, Robert De Niro and Aubrey Plaza became her partners on the movie set.

The premiere of other youth comedy "Why Him?" with Zoey Deutch was planned for the end of the year, the first show of which took place on the 12th of January, 2017. In this movie, Deutch worked with Hollywood stars, Bryan Cranston and James Franko. For a couple of months of the international showing of the comedy, it had a gross of $ 60 million dollars.

At present Zoey Deutch has finished her shooting in the new detective picture "Before I Fall", which already came on the international screen and earned a gross of $12 million dollars in the USA. The premiere of the movie in Russia was planned on the 4th of May, 2017. Halston Sage is young American actress played the second central role in a new youth thriller. The script of the movie was put on the list of Best Screen Scripts of 2011. Shootings were set up on the territory of Canada in autumn 2015. Logan Miller, Kian Lawley, Diego Boneta and Elena Kampouris also took part in this movie. 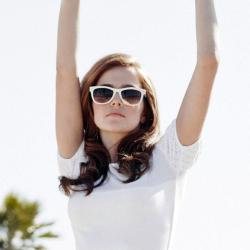