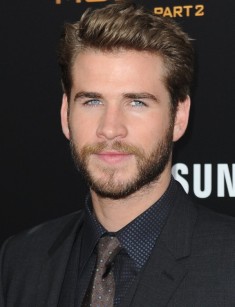 Liam was born in one of the largest Australian cities, Melbourne. He was the youngest kid; his elder brothers, Chris and Luke, also became actors. The brothers bear some resemblance: the three of them are tall, athletic fair-haired young men with open faces. At the same time, they are different enough to personify various stage types and do not interfere with each other’s acting careers.

Chris Hemsworth became incredibly popular for the role of the Scandinavian god in the comics blockbuster Thor. The actor joined the Marvel movie universe and appeared in solo projects about Thor and crossovers about the Avengers. Luke Hemsworth participated in the popular series Westworld. It is interesting that the family resemblance brought Luke the role of the actor playing Thor in the fantasy action movie Thor: Ragnarok.

The parents had nothing to do with acting: the mother, Leonie van Os, was an English teacher, and the father, Craig Hemsworth, was a social-services consultant. The family also supported a society for children’s protection.

When Liam turned eight, the family moved to a small Australian island Phillip. The boy finished school and took an interest in acting there. When Hemsworth was a school student, he went for his first auditions and started his career.

After the graduation, Liam and his brother Chris went to the United States: they believed it was easier to built a successful career there. Until they began to earn enough, their agent William Ward supported them financially. The man realized they young people were promising actors and his good attitude would be rewarded in a while.

The beginning actor debuted in the youth series Home and Away, McLeod's Daughters, and Satisfaction. Although the roles were minor, they gave Liam the chance to gain the necessary stage experience. In 2007, Hemsworth signed the contract and participated in the family TV series Neighbors that turned the secondary actor into someone famous. Liam got the role of Josh Taylor. His brother Luke had appeared in this series before.

The fairy tale The Elephant Princess, the fantastic thriller Knowing, the detective Triangle, and the melodrama The Last Song followed. The young man should have taken part in Sylvester Stallone’s The Expendables and even signed a contract, but his character was excluded from the scenario. Still, Liam appeared in the second part of the movie.

The anti-utopian thriller The Hunger Games brought the actor the global fame. His character Gale Hawthorne attracted the audience’s attention immediately; he appeared in all parts of the fantastic movie. Initially, this character was the object of Katniss’s (Jennifer Lawrence) romantic interest, and the main love triangle included Gale.

The next year, the actor starred in the sequel The Hunger Games: Catching Fire. The love triangle story continued in the context of the anti-utopic problems and the society subdivided into powerless districts. More details outside the love story were shown: Gale saved Katniss’s family and discovered a mysterious district of the rebels. This metamorphosis showed Liam’s multi-layered acting talent.

The next two years, two final sequels, The Hunger Games: Mockingjay – Part I and Part II, came out. The movies pictured the young man as the rebellious hero and the person who survived the death of his native district. Katniss and Gale united their effort and led the revolution against the anti-utopic society; the love motives took the second place.

The success in the youth blockbuster helped the actor develop his career; Hemsworth got the opportunity to accept only lead roles.

When the actor was working on the blockbusters, he also starred in the thriller Paranoia telling the story of the industrial and technological espionage and the opposition of corporations.

Further on, the actor appeared in the military movie Love and Honor, the crime drama Empire State, the thriller Cut Bank, the melodrama The Dressmaker, and the western The Duel.

In 2013, after the Australian screening of the movie The Last Song, he received the Nickelodeon Australian Kids' Choice Awards Favorite Kiss.

During the shooting the melodrama The Last Song, Liam Hemsworth met his movie partner Miley Cyrus, the daughter of the famous country singer Billy Ray Cyrus. Liam and Miley began dating soon but tried to hide it from curious journalists and fans.

Three years later, the couple announced the engagement; however, in 2013, the young people broke up. Hemsworth even had an affair with a Mexican actress Eiza González. At the end of 2015, Liam was seen with his ex-girlfriend, and they were said to be engaged again. Even the close people did not know when the wedding would occur.

The media published the lovers’ photos. The actor and the singer were going to a beach, walked, and visited social events together. Liam posted some pictures of Miley on his Instagram page.

In 2017, American tabloids reported the long-awaited wedding had already taken place in secret: journalists marked the lovers were wearing similar gold rings. The representatives of Miley Cyrus denied those rumors and said the singer was not going to marry in the nearest future.

The actress does a lot of charity work; he is an ambassador of the Australian Childhood Foundation. The man was inspired by the example of his parents who devoted their lives to their own kids and other children as well.

In 2016, Liam Hemsworth played the lead role in the fantastic movie Independence Day: Resurgence, the sequel of the blockbuster Independence Day. The story is set 20 years after the events of the first movie. By that time, the humanity learns how to use the technologies left after the aliens’ failure to conquer the Earth.

Liam Hemsworth played Jake Morrison, the commander of the earthly pilots. Under his guidance, the human beings get into the alien spaceship and start the counterattack against the invaders who return to the planet. 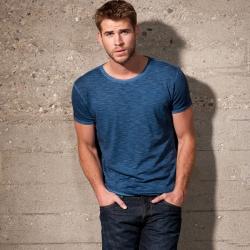