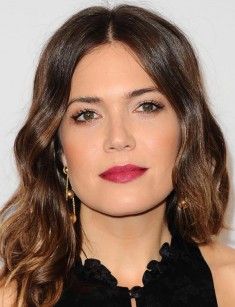 Amanda Leigh (Mandy) Moore is an American singer, the songwriter and the actress who became famous at the beginning of 2000 due to her several musical albums ("So Real", "I Wanna Be with You", "Mandy Moore" and "Coverage") aimed at teenage audience and and also due to her leading role in the drama "A Walk to Remember".

Mandy Moore was born on the 10th of 1984 in Orlando, USA. The head of the family, Mandy’s father Donald Moore worked as a pilot for American Airlines, and her mother Stacy had been working as a reporter in the newspaper until the birth of her children. Besides Cherokee Indian, British and Irish blood Mandy also has Russian blood: her grandfather by her mother had Russian roots. The girl inherited artistry from her grandmother who had been working as a dancer of London West-End before the World War II.

Mandy spent her childhood in American Altamonte Springs, where the Moore family had moved because of her father’s work. Despite strict Catholic education in this family, both Mandy’s brothers are openly gay, and by the words of the actress, Mandy’s mother had left her father for her lesbian girlfriend. Mandy early discovered her talent as a singer and for the first time, she performed in public in the sports camp in Florida.

The beginning of the star biography of Mandy Moore was made by the delivery guy Fed Ex who had heard the voice of the 14-year-old singer in the studio. The recording with the singing of the young girl was sent to the Epic Records (Sony) and as a result in 1999 Mandy Moore signed her first contract and began to work on her debut album.

The first album "So Real" brought Moore the 31st line in the Billboard 200 Chart, the name of the "princess" got on the one list with Christina Aguilera and Britney Spears. Mandy Moore strengthened her success in a tour with the band "Backstreet Boys", which was popular during these years.

Mandy Moore was in the highlight of her career in 2000. The second album of the singer "I Wanna Be with You" was released at this time and its first single received the highest ratings in the career of "pop princess". At the same time, the singer began to host the TV Show "Mandy Moore" at MTV channel.

The third album Mandy Moore became the last one in tandem with Epic Records. After its release, the singer broke the contract with the company because of "the creative arguments". The fourth album of Mandy Moore - "Coverage" which was created by the singer on her own brought her the 14th  place in the American chart. According to the critics, this album became "a switch to maturity" and highlighted an image of the teenagers' idol a bit. In spite of the fact that "Coverage" entered the Top-40, this album hadn’t gained the public appreciation and interest of the previous albums.

In 2001 the popular singer Mandy Moore was noticed by the cinematographers. The girl voiced-over a bear in the comedy "Dr. Dolittle 2" directed by Steve Carr. Also soon she got her first feature role — she played the cheerleader Lana Thomas in the melodramatic comedy "The Princess Diaries".

Due to her role in the screen adaptation of the novel "A Walk to Remember" written by Nicholas Sparks and directed by Adam Shankman Mandy Moore managed to strengthen her positions in Hollywood. Mandy played a "Cinderella" — Jamie Sullivan, a modest ordinary-looking girl, the priest's daughter. The star of the school, a handsome Landon performed by the actor Shane West fell in love with Mandy’s heroine.

In this picture sounded several songs from the musical repertoire of Mandy Moore, including the popular song "Cry". "A Walk to remember" brought the actress a prize in the nomination - " The Breakthrough of the Year" of the Teen Choice Awards and an MTV Award.

Having performed in several not very successful pictures, in 2004 Mandy Moore was approved for the role of Hilary Faye in the religious satirical movie "Saved!". In this movie, together with Michael Stipe, the actress sang the cover of the song "God Only Knows" of "The Beach Boys" band.

In 2006 the director Paul Weitz invited Mandy Moore to take part in the comedy "American Dreamz". The movie shows behind the scenes of the American television, some funny situations about the pursuit of ratings at any cost. The actress played the leading role of Sally Kendoo in a duet with inimitable Hugh Grant.

The year 2007 was marked for Mandy Moore by her work in the movie directed by Michael Lehmann "Because I Said So". The actress played the role of one of the daughters of the imperious heroine who was performed by the famous actress Diane Keaton. The same year Moore had the luck to work on the movie set with Robin Williams in the romantic comedy film "License to Wed".

In 2011 Mandy Moore took the major part in the movie "Love, Wedding, Marriage" directed by Dermot Mulroney. The heroine of the actress - Ava - is a young wife of Charlie, performed by the actor Kellan Lutz. Ava works as a marriage counselor who tries not only to save her failing marriage but also to reconcile her parents who are going to separate after 30 years of being together. Critics found this movie unsuccessful, "Love, Wedding, Marriage" covered only 60% of invested funds.

The horror movie "47 Meters Down" became one of the last pictures with Mandy Moore's participation. According to the plot the heroine of Mandy - Lisa dives into the ocean in the special cage together with her sister Kate who is performed by Claire Holt.

This movie is a classic horror: the cage breaks and falls to the bottom of the ocean, there isn’t enough oxygen and white sharks are around them.

In 2009 Mandy Moore and the singer and composer Ryan Adams got married. Their relationship had lasted for 6 years.

In autumn of 2017, the actress officially announced an engagement with the guitarist of the "Daves" band - Taylor Goldsmith whom she was meeting since 2015. Recently Mandy published information that she had coeliac disease.

Mandy Moore is equally artistic both in movies and at the stage. Actress considers music the most important part of her life. Alongside with her movie roles in 2007, she released her album "Wild Hope" songs from which she performed at the Sundance Film Festival. The following album "Amanda Leigh" is a collaboration of Mandy with her ex-husband Ryan Adams.

Mandy is talented in everything: Moore often appears at the TV programmes, the actress produces her own line of knitted clothes, also, she publishes unusual pictures on her Instagram and she is engaged in public work and participates in charity. 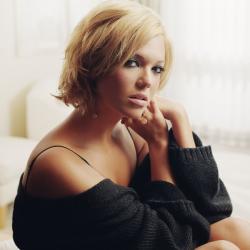