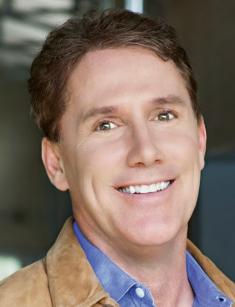 Nicholas Sparks is an American novelist and the author of bestselling books about love, Christian values, and virtues.

The would-be writer was born in the evening of 31 December 1965, in Omaha, Nebraska. His family had Czech, Irish, English, and German roots. The father, Patrick Sparks, was a university professor; the mother, Jill Thoene, was a housekeeper. The Sparks regularly went to the Catholic church.

Due to the father’s work, the family had to move frequently; Nicholas used to live in Los Angeles and Grand Island. In 1984, the young man graduated from school and enrolled at the University of Notre Dame. Nicholas was engaged in track and field in his childhood which gave him the chance to gain the scholarship and participate in the university team. When Sparks was a first-year student, he was one of the winners and record-breakers in men’s 800 meters.

As a student, the young man created his first two novels, The Passing and The Royal Murders, none of which was published. After graduation, Nicholas worked as a salesperson, waiter, trade agent, and real estate appraisal. In 1990, the 1964 Olympic Games champion of the Native American origin Billy Mills offered Sparks to write a popular-psychology book Wokini: A Lakota Journey to Happiness and Self-Understanding. The first year brought success; the bestseller was published twice, by Feather Publishing in Sacramento and Random House.

Two years later, Nicholas moved to New Bern, North Carolina, and got hired as a pharmacist. At that period, he took an interest in literature and spent hours creating his first novel The Notebook.

Two years later, a literary agent Theresa Park noticed the young writer’s work; her publishing house signed a $1 million contract with him. In 1996, the book became number one in New York Times bestselling books. The tremendous success of the debuting novel opened a new page in the man’s life.

Two years later, the second novel, Message in a Bottle, was released; the love story of the author’s parents became the source of inspiration. In 1999, the director Luis Mandoki adapted it to the screen; Kevin Costner, Robin Wright, and Paul Newman starred in the project. The novels A Walk to Remember and The Rescue followed soon. By the end of the century, People Magazine called Nicholas Sparks the best writer of the year.

In 2001, another masterpiece, A Bend in the Road, was released; Nights in Rodanthe appeared the next year. 2002 brought Adam Shankman adaptation of A Walk to Remember; it was a story about the middle-school graduate and his classmate with leukemia. Shane West and Mandy Moore personified the main characters.

In a while, Nicholas Sparks presented his new book, The Guardian, combining a love story and a detective. The next book, The Wedding, showed how people’s feelings faded away several years after marriage. In 2004, Three Weeks with My Brother came out.

In 2004, the American director Nick Cassavetes began to work on the screen version of the writer’s debuting novel, The Notebook. Rachel McAdams and Ryan Gosling played the main characters, Allie and Noah, who were in love. The creators of the melodrama got $115 million.

In 2005, the writer presented two novels: True Believer and At First Sight; the next year was marked with the book Dear John about a young man’s broken heart and disappointment in the idea of mutual love. In 2007, The Choice was released; it portrayed a bachelor totally satisfied by his life without a family.

Soon, Sparks created the novel The Lucky One. In 2008, George C. Wolfe directed the drama Nights in Rodanthe with Richard Gere and Diane Lane. It was the second leader in movie theaters in the first days of the premiere; the box office was $13 million.

The next novel, The Last Song, appeared in 2009; soon, Julie Anne Robinson adapted it to the screen. Miley Cyrus, Liam Hemsworth, and Greg Kinnear took the lead roles. Again, the writer raised the topic of the relationships between parents and children, love and incurable diseases. In 2010, Sparks presented Safe Haven and The Best of Me. Two years later, Scott Hicks created the drama The Lucky One.

The 2013 novel The Longest Ride was adapted to the screen by George Tillman Jr. It is a story about the love of two riders, Luke Collins and Sophia Danko. In October 2015, the writer’s 19th novel, See Me, was released.

Nicholas Sparks’s novels have been translated into 45 languages; overall, more than 100 million copies have been sold worldwide.

In 1988, when Nicholas had a vacation at the university, he met his would-be wife Cathy. The couple married the next year. Nicholas spent his first book earnings on buying a ring for his beloved one. Five children were born in this marriage: the sons Miles, Ryan, Landon and the daughters Lexie and Savannah.

The family lived in a house in North Carolina. Cathy shared her husband’s religious belief; they co-founded The Epiphany School in New Bern. In January 2015, the media reported about the writer’s divorce after almost 30 years of marriage.

Today, Sparks is actively engaged in sports. Apart from everyday jogging, the man has learned taekwondo and got a black belt.

2016 brought the twentieth novel Two by Two about Russell Green who had to start his life over. In February of the same year, the premiere of the new movie The Choice took place; Nicholas’s own movie company worked on it.

In 2017, the writer planned to launch the series based on The Notebook on CW channel; however, he stopped it because of a temporary production loss. Today, fans can enjoy the movie on Netflix. In October 2018, he presented his new book Every Breath.

Nicholas Sparks’s net worth has reached $30 million in 2019.

“I love you. I am who I am because of you. You are every reason, every hope, and every dream I've ever had, and no matter what happens to us in the future, every day we are together is the greatest day of my life. I will always be yours”.

“Silence is pure. Silence is holy. It draws people together because only those who are comfortable with each other can sit without speaking”.

“You can't live your life for other people. You've got to do what's right for you, even if it hurts some people you love”.