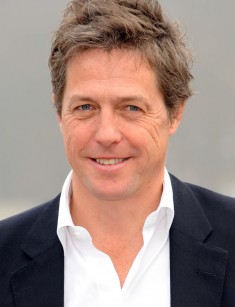 Hugh Grant and Meryl StreepHugh Grant is an English actor, the winner of the Golden Globe, BAFTA, the Volpi Cup, and the prestigious César Award.

The broad audience noticed the actor after the romantic comedy Bridget Jones's Diary where Hugh had one of the lead roles, Daniel Cleaver, the boss and the lover of the main character.

Hugh Grant was born on September 1960 in London. His father, James Grant, used to serve in the British Army and later became a businessman. The mother, Fynvola Grant, worked as a school teacher of Latin, French, and music for more than 30 years.

From his early childhood, Hugh looked good and suffered because of that: the future actor thought he was not masculine enough. The teenager felt more confident when he had scars after a sports injury. As long as the wounds healed, Hugh traumatized his face by his father’s razor and did not miss a chance to get in a fight so that he would look like a real man.

In 1979, Hugh Grant finished school and entered New College, Oxford; the young man wanted to become a fine art expert. At that period, he joined the closed student club Piers Gaveston Society. After he graduated from college, the would-be star played in the comedy group The Jockeys of Norfolk.

The British did not aim at being a movie actor. However, he decided to appear in his friend’s movie: his classmate Michael Hoffman offered Hugh a role in his debuting movie Privileged. The project was premiered in London in 1982. Many show-business agents took an interest in Grant: they saw the young man as a promising artist.

The brilliant debut in Privileged determined the actor’s path in the world of cinematography and opened his filmography. For several years, Hugh Grant worked on TV and appeared in TV series and movies. The student in James Ivory’s Maurice, Lord James D'Ampton in The Lair of the White Worm, and Lord Byron in the Spanish movie Rowing with the Wind were the most important roles at that time.

In 1987, Hugh Grant gained the Venice Film Festival: Volpi Cup for Best Actor. In 1991, the British actor successfully played the role of the globally famous composer Frédéric Chopin in the biopic Impromptu. The roles in Bitter Moon and The Remains of the Day were equally outstanding; both projects came out in the early 1990s.

The 1994 movie Four Weddings and a Funeral was a breakthrough. The actor played a handsome and shy guy for the first time; people both laughed at his character and empathized him.

The light, brilliant comedy by Mike Newell became a hit and made Hugh Grant the Hollywood star and a sex symbol. Andie MacDowell became the actor’s stage partner. Grant won the first prestigious awards: the Golden Globe and BAFTA.

Hugh Grant’s career was taking off, but the shameful sex scandal took place in Sunset Boulevard in summer 1995. The star’s reputation was severely damaged, and the decline period followed: in 1997-1998, the actor did not appear in movies at all.

Little by little, the scandal quietened. In 1999, the actor took back his popularity and appeared in several wonderful movies including The Englishman Who Went Up a Hill But Came Down a Mountain, Mickey Blue Eyes, Notting Hill, and Bridget Jones's Diary.

These were Hugh Grant’s best projects, and he had the lead roles in all of them. Fans saw the star in their favorite stage type: a charming, handsome heartbreaker. The two latter movies are particularly loved by the audience.

The romantic melodrama Notting Hill tells the story of a modest bookstore owner who lives in the London district Notting Hill. People appreciated the development of the romance between Hugh Grant’s and Julia Roberts’s characters.

The fascinating comedy Bridget Jones's Diary multiplied the number of the actor’s fans. Hugh Grant, Renée Zellweger, Colin Firth, Gemma Jones, and Jim Broadbent presented the masterpiece which is loved by people all over the world today.

In 2002, Grant appeared in two popular movies, About a Boy and Two Weeks Notice with Sandra Bullock.

The family melodrama with comedy elements About a Boy was based on Nick Hornby’s novel. The movie was nominated for various awards including Oscar for more than 20 times. Hugh won the 8th Empire Awards: Best British Actor, Golden Camera Awards: Best International Actor (Germany), and London Critics Circle Film Awards 2002: ALFS Award for British Actor of the Year.

The tragicomedy Love Actually was equally successful. The scriptwriter Richard Curtis debuted as a director with this movie.

The plot embraces ten stories that develop simultaneously. Hugh Grant played the British Prime Minister; Martine McCutcheon played his secretary and the object of the minister’s feelings. The box office exceeded all expectations: it was six times as much as the budget.

Further on, there was a calm period in Grant’s career. The sequel of Bridget Jones's Diary was less successful than the first movie. The actor also appeared in the romantic comedy Music and Lyrics starring Drew Barrymore.

In 2012, the artist surprised his fans by the historical and fantastic movie Cloud Atlas where he played six characters at once. The story by Tom Tykwer and Lana and Lilly Wachowski consisted of six lines symbolically related to each other. Hugh got the roles in each of them; sometimes, it was difficult to recognize him because of the make-up.

In 2015, the actor participated in the movie The Man from U.N.C.L.E. where his image was pretty unusual: Hugh played the leader of the British intelligence. Unfortunately, the movie was not a commercial success.

In spring 2016, the premiere of Stephen Frears’s biographical movie Florence Foster Jenkins took place. Meryl Streep became the actor’s stage partner. When the movie came out, Grant confessed he was afraid to collaborate with the star who had had 19 Academy Award nominations (today, she has 21 nominations). In 2016, Hugh Grant received the Zurich Film Festival Golden Icon Award.

Similar to his characters, Hugh Grant is a heartbreaker. Although the actor had many affairs, he married only in 2018. Elizabeth Hurley was considered the man’s civil partner for a long time. They met at the melodrama Rowing with the Wind movie set.

Overall, the relationship lasted for 13 years. The couple almost broke up after the 1995 sex scandal when the police caught Hugh Grant with a prostitute in his car. Still, Elizabeth forgave Hugh. Several years later, they split up because the actor did not want to marry Hurley, and the woman got sick of the status of the civil partner.

The stars divorced badly. Liz even forbade the son from her first marriage (Grant was his godfather) to watch the movies with the actor. However, Hugh acted in a noble way: he left the former family house in Chelsea, London.

After the break-up with Elizabeth, there was a chain of short-term affairs. Hugh was dating Kasia Komorowicz, Martine McCutcheon, and Eimear Montgomerie. The relationship with Jemima Khan who inherited James Goldsmith’s fortune lasted for three years; the woman broke up with Grant when she learned about his affair with Drew Barrymore.

In 2011, the famous actor became a father for the first time. The daughter Tabitha was born from the Chinese actress Tinglan Hong. The actor kept secret the name of the child’s mother. When the truth was revealed, he confessed he did not plan to have children.

At the end of 2012, Tinglan Hong gave birth to the son, Felix. Hong seemed to have realized she would not be able to marry 52-year-old Grant. They split up and remained on friendly terms.

At the beginning of 2014, it turned out Hugh Grant had another son: the Swedish TV producer Anna Eberstein gave birth to the boy John Mungo. In December 2015, people learned the couple also had a daughter.

The photos from the family vacation in Marbella, Spain, disappointed the star’s fans: the actor’s physical shape was far from being perfect. Young Grant was athletic, but today, he has put on some weight.

In 2018, BBC One launched the mini-series A Very English Scandal starring Hugh Grant and Ben Whishaw. The full-length movie Paddington 2 was premiered the year before; Grant played the antagonist Phoenix Buchanan, a narcissistic actor who lost his fame and started appearing in the dog-food commercial.

Hugh Grant’s marriage is the major news of 2018. On May 25, Grant and Eberstein became a husband and wife. Their age difference is 18 years. Before the wedding, the media reported that Anna gave birth to the third child, but their name or gender are unknown. 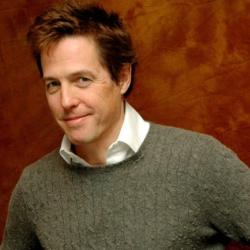