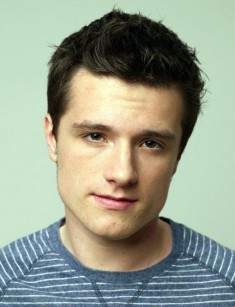 Josh Hutcherson was born in a small town, Union, Kentucky. His father, Chris Hutcherson, was an analyst working for an environment protection organization, and his mother, Michelle Fightmaster, was a Delta Air Lines employee. Later, she became Josh’s personal assistant. Josh has a brother, Connor, who is four years younger.

Since four years, the boy had been talking about movie actors: he dreamed of being one. The parents saw that as a mere game and believed he would “get through” that stage. Still, Michelle and Chris did not prevent their son from participating in auditions. At the age of eight, Josh found an acting agency and became its client on his own. Thus, the boy gained some experience: he participated in the ad of the American supermarket and training movie Vacation Bible School.

Until nine, Hutcherson went to the New Haven Elementary School; later, he was home-schooled and attended the Ryle High School for a term, although he spent little time studying. For the most part of his childhood, the boy either worked on movie sets or practiced sports: soccer, tennis, triathlon. As Josh grew up, he kept his love of physical activities.

In 2002, Josh met Bob Luke, an acting coach, who recommended the young actor to try himself in Los Angeles, not local auditions. Thus, ten-year-old Josh and his mother moved to Hollywood and received his first role in a feature movie.

In 2002, Josh Hutcherson appeared in several TV series, but his roles were not so bright: Nicky Harper in House Blend, young Glen in Becoming Glen, and the boy Matt in ER, the episode “First Snowfall.”

The next year, the actor appeared in the movies The Division, Miracle Dogs, Line of Fire, and Wilder Days. For the latter project, Hutcherson was nominated for the Best Performance in a TV Movie, Miniseries or Special – Leading Young Actor; it is considered the analog of the Academy Award for young show-business stars.

In 2003, Josh debuted on the big screen in an episode of the biographical comedy American Splendor.

In 2005, the young actor gained his first popularity: the romantic melodrama Little Manhattan starring Josh Hutcherson was released. The success was strengthened by the family drama Bridge to Terabithia; the actress AnnaSophia Robb became the boy’s partner. Hutcherson won two Young Artist Awards for the role of Jesse Aarons.

Besides, Hutcherson got the lead roles in the family comedy Firehouse Dog, the crime drama Winged Creatures, the screen adaptation of Jules Verne’s Journey to the Center of the Earth, and fantasy action movie Cirque du Freak: The Vampire's Assistant.

The actor tried himself in voicing several times. Bruce Wayne known as Batman in the series Justice League Unlimited, Toad E. Bartley in the animated movie Party Wagon, Markl in the English version of Howl's Moving Castle, the main character in the cartoon The Polar Express, and Nod in the fantasy movie Epic.

Further on, Hutcherson participated in three movies: the drama The Long Home, the tragicomedy The Disaster Artist, and the drama In Dubious Battle.

In spring 2012, the first part of the popular anti-utopia The Hunger Games came out. It was the breakthrough moment in the actor’s career: Josh Hutcherson got the role of Peeta Mellark. The American actress Jennifer Lawrence co-starred with the man.

The movie success was beyond expectations. In the USA, the entertaining show based on the movie plot was created.

Hutcherson often told journalists he felt the movie had potential; the director was skilled, and the cast was fascinating. Besides, he liked the plot based on Suzanne Collins’s novel under the same title.

In March 2012, the movie was released; critics gave positive reviews. Later on, Josh participated in the sequels and took up a training course: modern directors tend to show many fighting scenes requiring good physical shape.

Josh Hutcherson used to date the American actress Victoria Justice; in 2011, the couple split up.

In 2012, the man met Vanessa Hudgens at the movie set of Journey 2: The Mysterious Island; later, she became his girlfriend. The romance was short-term, though.

In 2013, Hutcherson started seeing the actress Claudia Traisac, his partner in the thriller Paradise Lost.

The same year, Josh Hutcherson left the Golden Globe party with a famous singer Selena Gomez. The American media believed the couple had an affair, but the stars did not confirm that information officially.

In 2011, the actor purchased the famous Tree House built in 1951 in Los Angeles. The actor Heath Ledger used to be the owner of the house; Josh Hutcherson is Ledger’s fan.

Although the young man is heterosexual, he actively supports LGBT people and promotes tolerance.

Today, the actor is engaged in several projects that have all chances to become as popular as The Hunger Games. Since 2016, the actor has been playing in the comedy TV series Future Man.

Besides, the American may take up directing. In 2017, his short-length movie Ape came out. It was a part of the project “The Big Script” consisting of five short-length movies produced by Hutcherson, his mother’s studio Turkeyfoot Productions, Indigenous Media, and Condé Nast Entertainment. If the success is great, the companies are likely to continue their collaboration, and the actor will spend more time directing movies.

Social network users are actively discussing the dramatic changes in the man’s career. Many people believe Josh will make an excellent director. 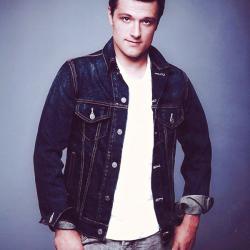