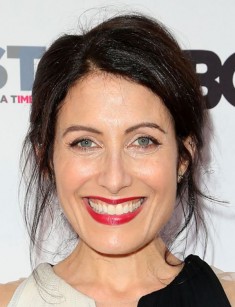 Lisa Edelstein is a talented American actress. Moviegoers associate her with the role of Lisa Cuddy in the cult series House. Perhaps there was a period when the name of Edelstein’s heroine became even more famous and recognizable than the actress's own name. However, it turned out that she should not fear to become an actress associated with one role. The filmography of the talented beautiful actress constantly adds new films.

Lisa Edelstein grew up in the Jewish family. The actress was born on May 21, 1966, in Boston. Lisa's father, Alvin Edelstein, worked as a pediatrician. The mother’s name is Bonnie Edelstein. It is known that Lisa is the youngest of three children in the family.

Her parents dreamed that her daughter would become a lawyer, but Lisa's plans were much more interesting. The girl wanted an acting career. Therefore, when Lisa celebrated her 18th birthday in 1984, she moved to New York where she entered the Acting Faculty of the Tisch School of the Arts.

Lisa Edelstein first appeared in front of the audience in the entertainment project Club Kids. Directors and critics quickly noticed a bright and charismatic novice actress. Soon the girl directed her own musical called Positive Me. This turned out to be a daring musical performance which raised the problem of AIDS. After it, Lisa was invited to work as a TV presenter on the MTV channel. So, Edelstein appeared on the screen.

Soon the girl was offered small roles. Lisa Edelstein appeared in the series L.A. Law and Seinfeld, as well as in the movie The Doors (although in a bit part). The next years of Lisa Edelstein's career were marked by a constant play in various serials. The actress was in demand and directors did not refuse to work with Lisa, but numerous roles did not bring the coveted fame and love of fans.

Nevertheless, some of them are worth mentioning. The actress appeared in an extravagant role of a lesbian in the series Relativity, Lisa Edelstein’s heroine was a prostitute in the project The West Wing and the girl played an orthodox Jewess in Family Law. The films What Women Want with Mel Gibson and Helen Hunt as well as Daddy Day Care (Eddie Murphy and Jeff Garlin in the lead roles) became the most remarkable in Lisa Edelstein's career of that time.

The situation changed in 2004. Every artist must have his own golden opportunity, and Lisa Edelstein got it when the actress agreed to the role of Lisa Cuddy in the series House. Lisa’s main partner in this project was Hugh Laurie, who played a genius, but a very eccentric physician with drug addiction. Her partners on the set were also Omar Epps, Robert Sean Leonard, Jesse Spencer, Olivia Wilde and other actors.

Each series of House is a medical investigation, which every time helps the doctors' crew save someone’s life. Of course, fans were interested in the development of the relationship between Dr. House and his beautiful boss Lisa Cuddy till the end. Of course, this storyline could not but cause many rumors about the actors’ real love affair, but Lisa Edelstein answered categorically:

"Of course, Gregory House belongs to my kind of men as he is smart, strong and strong-willed. It's very difficult to work with him, but it's worth it. I would completely trust him as a doctor, but I could not date him."

The role of Lisa Cuddy brought the actress numerous awards, incredible popularity and love of viewers. Nevertheless, in 2011 Lisa Edelstein left the popular TV series to devote time to other projects. The last season of House was filmed already without Lisa’s participation.

In 2012, Edelstein played in TV series Elementary, The Good Wife, and Castle, but none of these projects repeated the success of House. 2014 brought the actress long-awaited main role. Lisa was invited to star in the series Girlfriends' Guide to Divorce.

It tells about a popular author who writes psychology books and teaches women to build harmonious relationships. However, soon Lisa’s heroine has to admit that her own marriage with Jake (actor Paul Adelstein) is destroyed. In 2016, the series got extended for another three seasons. So, this heroine has every chance to reach the level of Lisa Cuddy.

Lisa Edelstein’s personal life has long been hidden from the public. Her admirers had to wonder whether she had children and who was so happy to become her boyfriend.

In 2010, the press became aware of the actress's love affair with an artist, Robert Russell. In 2014, the couple got married and proved that this relationship really meant a lot. Lisa and Robert often attend social events, pleasing fans with happy smiles.

In 2017, Lisa Edelstein continued to film, and at the same time, she found time for rest and for her own projects. It is known that the actress composes music and tries to work as an author. Perhaps soon the world will start talking about a music album or an author's book by Lisa Edelstein.

Beautiful Edelstein does yoga in her spare time. Lisa admits that she cannot spend a single day without exercises. Since an early age, Lisa Edelstein has refused to eat animal products, in addition, the actress does not wear clothes made from natural leather or animal fur.

According to Edelstein, only a healthy lifestyle, constant physical activity and a certain diet help to keep her fit (there is information that Lisa weighs 57 kg, her height is 168 cm). Lisa Edelstein’s photos constantly appear on the fan accounts on Instagram. Lisa Edelstein loves animals. The actress has three dogs and a cat at home. 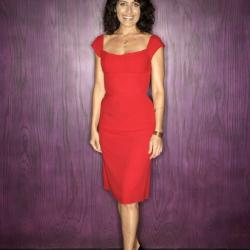