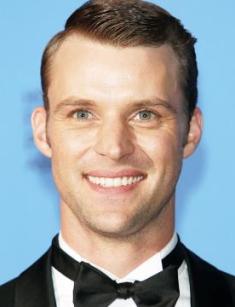 Jesse Spencer is a famous Australian actor who became famous with film fans for his roles in the TV series Neighbors, House, M.D., and Chicago Fire. Besides, in 2007, the famous People Magazine included Jesse in the top 100 most beautiful people.

Jesse was born on February 12, 1979, in Australia in Melbourne, the second largest city of this sunny country. This great city is known for its traditions as well as landmarks: there, a traveler can find the Princess Theater, the largest Catholic Cathedral of St. Patrick and The Shrine of Remembrance, which is made similar to one of the seven wonders of the world, The Mausoleum at Halicarnassus.

The boy was born in a family that was far from being called creative. Jesse's father is a general practitioner. It is known that his two brothers and sisters followed into his father's footsteps. Tarney and Luke began to work as surgeons, and his sister, Polly, as an anesthetist.

As a child, Spencer was zealously fond of music: he played the violin and tried to play bass and piano. Among other things, Jesse was interested in Australian football. The young man was a fan of the leading sports team, AFL.

Spencer studied at three educational institutions in Melbourne: at Canterbury Primary School, Malvern Central School, and the private Scotch College. Then he got an offer to study at the Medical University, but Jesse did not want to study biology and human physiology, he preferred acting to a white coat.

At the beginning of his creative biography, Spencer had a cameo role in Time Trax television series, where he played the role of Young Bill. It is worth saying that Jesse broke into the TV screens at once and for all. In 1994, after a successful audition, the actor was approved for a recurring role (until 2000) in the Australian soap Opera Neighbors, which was broadcast on the TV channel Seven Network in Primetime.

This series tells the story of the life of ordinary people living in the fictional town of Erinsborough. Thus, the viewer can follow the lives of people of different age groups and social categories. The tv series unites older people and children, typical workers, and successful businesspeople.

In 2001, the young man took part in the filming of the movie Winning London. The motion picture invites viewers to learn the story of two girls who came to conquer the capital of the United Kingdom. Mary-Kate and Ashley Olsen played the central roles in this teenage movie.

Then, in 2002, Jesse starred in the film Stranded, which is based not on the cult work of Daniel Defoe, but on the XVIIth century novel by Johann David Wyss, The Swiss Family Robinson.

In the movie Swimming Upstream (2003) Spencer got a chance to work with such prominent Hollywood stars as Geoffrey Rush and Judy Davis. This sports drama movie is an interpretation of the biography of the famous swimmer Anthony Fingleton.

In the same 2003, Jesse played in the romantic comedy motion picture Uptown Girls, in which Brittany Murphy got the leading role of the ambitious beauty Molly Gunn. In this motion picture, Spencer turned into a guitarist Neal Fox. The guy preferred exhausting music classes to a romantic relationship with Molly. The film also starred Dakota Fanning.

Then Jesse played the central role in the criminal drama mini-series Death in Holy Orders (2003). The plot of this thriller TV show is quite simple: a body of a young man from a noble family was found in a deserted area of the coast. The grief-stricken father of the guy demands that the police should reconsider the decision to dismiss the case as an accident. The police chief agreed and got himself into a pretty mysterious incident.

In 2004, Spencer found the bluebird of happiness, as he got the opportunity to star in the American television medical drama, House, M.D. In this series about the routine days of doctors, Jesse played the young doctor Dr. Robert Chase, a member of Dr. Gregory House's team (Hugh Laurie), whose character was inspired by Sherlock Holmes from the classic books by Sir Arthur Conan Doyle. The young man won the prestigious award "Golden Boomerang" for his brilliant acting in the medical drama.

In 2006, Spencer reappeared on television, playing a central character. This time, the celebrity shone on the big screen in the drama Flourish, starring Jennifer Morrison and Daniel Roebuck.

In 2015, the young man joined the cast of the action-movie The Girl Is in Trouble. The plot of the film revolves around an ordinary bartender, who by chance gets involved in a brutal murder. Among other things, the talented guy managed to star in the music video of the singer Katharine McPhee "Say Goodbye."

In the winter of 2006, Jesse proposed to Jennifer Morrison, with whom they worked together on the set of House, M.D. The girl said, "Yes." Hollywood named the lovers one of the most beautiful couples of the industry. Unfortunately, at one point, the relationship of two stars came to a standstill.

In 2017, the media actively discussed Spencer's love affair with his colleague on set, Monica Raymund. The photos in social media only fueled the interest of the public in these rumors. Unfortunately, Jesse does not have an official Instagram account, but the actor is actively using Twitter.

Jesse Spencer has a net worth of $8 million.

From 2012 to 2016, Jesse worked on the set of Chicago Fire, which is devoted to the dangerous work of firefighters. In this drama series, the actor turned into Lieutenant Matthew Casey, who is respected by his subordinates for a purely practical approach to work. Spencer had to play a meticulous man who is fully committed to his work.

However, Matthew's breakup with his beloved makes himself reconsider his life values. In 2017, the NBC channel renewed the popular television series for another season. Besides Jesse, Taylor Kinney, Yuri Sardarov, Eamonn Walker, and other actors participated in this project.